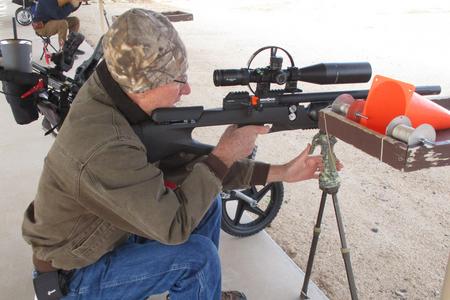 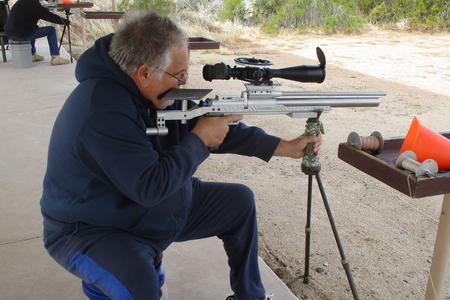 After the match, 11 of the 12 guys were able to stick around and help pull targets and put the equipment away. We appreciate these guys to no end!  They are always willing to help, and we thank them for that. Larry, our club president called a brief club meeting to discuss a few items, then we were all off and on our way.  Some went home, and some went for burgers up the road.  It was a great way to start the new year. 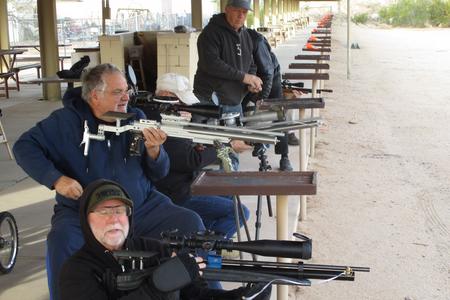 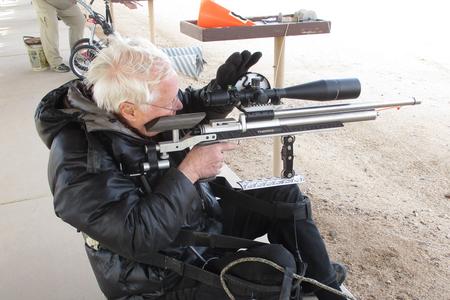 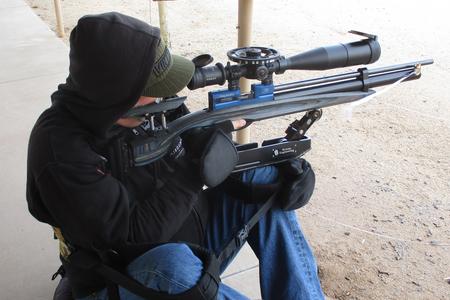 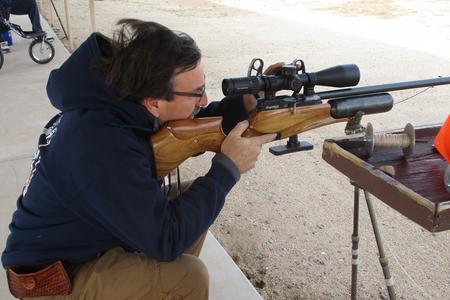 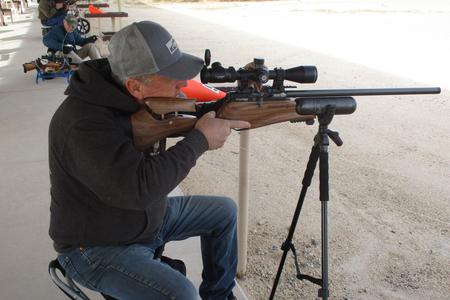 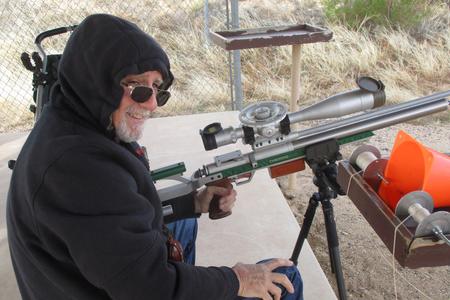 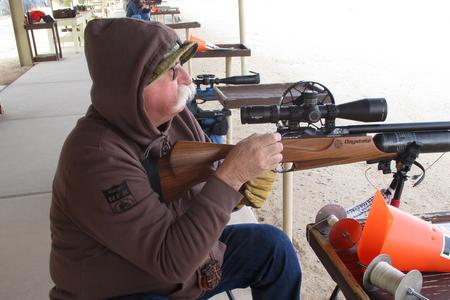 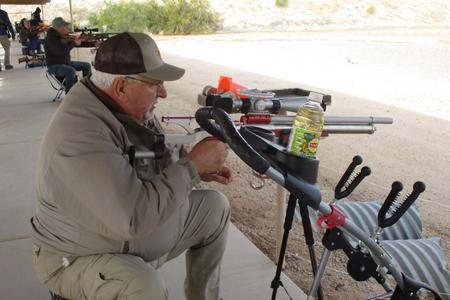 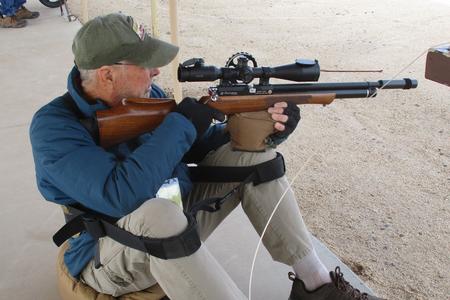 Barry - Looking like he wants to take my head off.....LOL 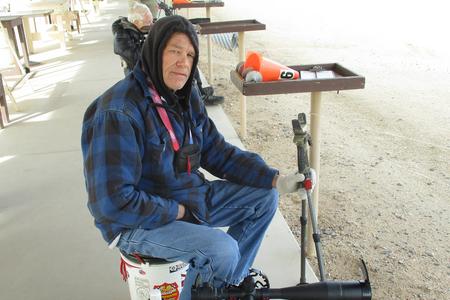 Our first monthly match for 2022 turned out to be very interesting, weatherwise.  Boy, was it windy!!  The sky was mostly cloudy, without the sun burning through once.  The temps ranged from 50 degrees during course set up, and rose to 67 degrees by the time we finished, but it felt much cooler.  The wind averaged 17 mph for the entire match, with frequent, buffeting gusts of 28 mph.  There was no consistency to the wind speed or direction, although it came at us anywhere from the NNW to NW and with constant shifting.  Once again, the targets looked as though they were pelted with a shotgun!  With the wind coming at such a shifting oblique angle, trying to pick a spot to aim was a challenge.

We set 12 lanes with 2 targets per lane.  This equated to a 48-shot match.  We also had 12 shooters, so each shooter had a target lane to themselves, and were on the honor system to record their scores accordingly.  I would like to say the match moved along quickly, but with the wind blowing us around, we were hard pressed to maintain timing, but it was reasonable and it did move along.  Here of late, the wind seems to take precedence as the determining factor at our matches at Ben Avery range.  We can’t complain too much, because we ARE able to shoot while the rest of the country is suffering with winter weather.

Here are the scores and equipment stats..... 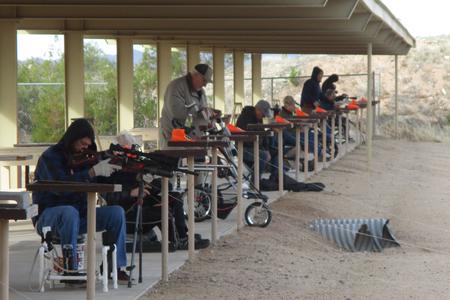