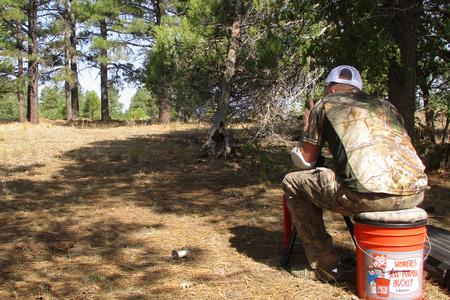 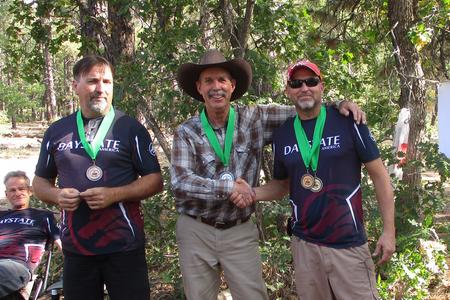 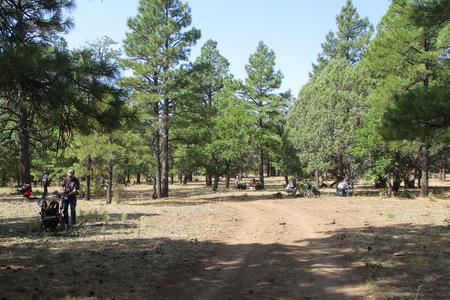 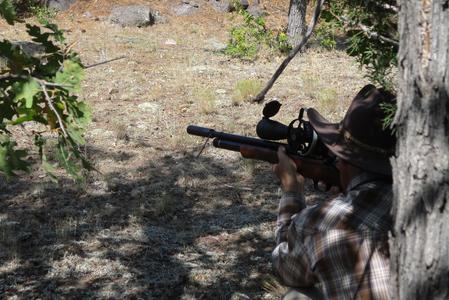 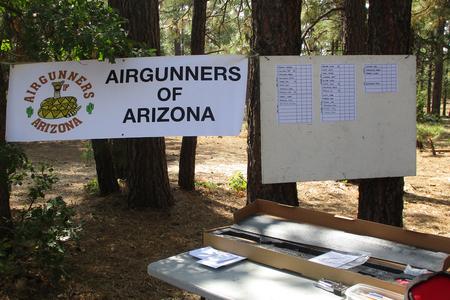 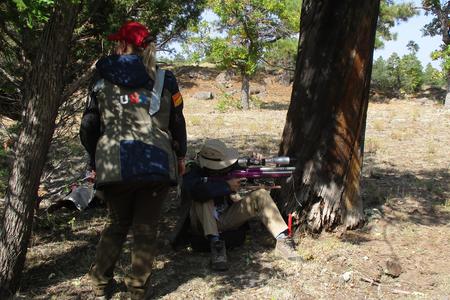 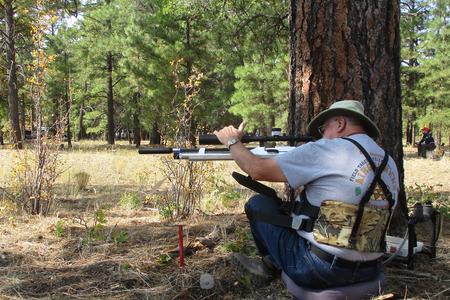 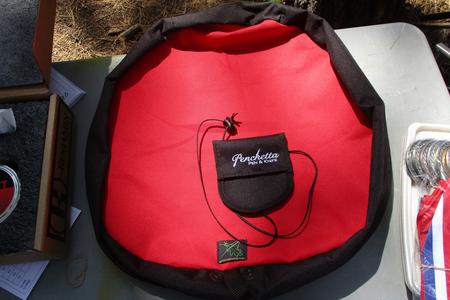 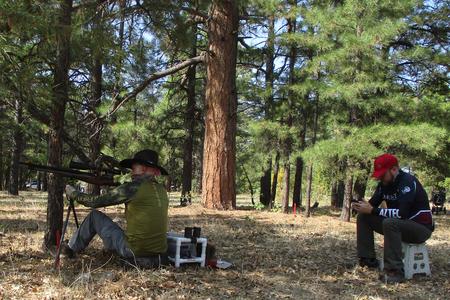 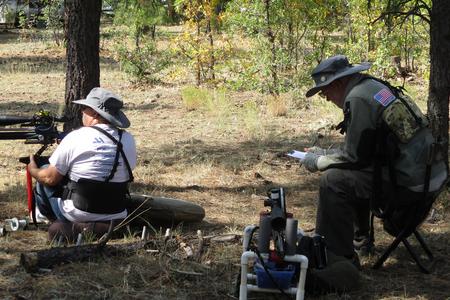 We did not have our annual raffle this year, but we have to thank Airguns of Arizona for donating a new Crosman Cayden rifle and toPenchetta Pen and Knife for donating a bumbag and pellet pouch.  At registration, each shooter was given a raffle ticket.  Amazingly, no one lost their ticket as the winning tickets were drawn after the awards ceremony finished up.  We wish to thank each of these companies for their thoughtfulness and desire to continue to promote the sport of Airgun shooting.

We were not sure that we were going to be able to host a state match this year, but working with the USDA forestry service personnel and following Coconino County Covid restriction protocols, we were able to secure what was needed to make this match a reality.  Thanks to all who assisted in setting up and running the match; Larry Piercy – match director, Steve Montgomery – head range officer, Mary Anne McLeod (Miss Moneypenny) and Wayne Smith – registration, stat office and photography, Bobby Corcorran, Cole Rearden, Kent Gladden, Dan Lange for course set up, and to everyone else who lent a hand to make the 2020 Arizona State Field Target Championships such a resounding success.  We are deeply indebted.

Here are the scores and stats.  Not everyone submitted equipment stats.  Sorry... 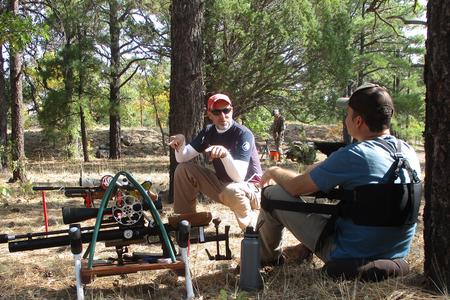 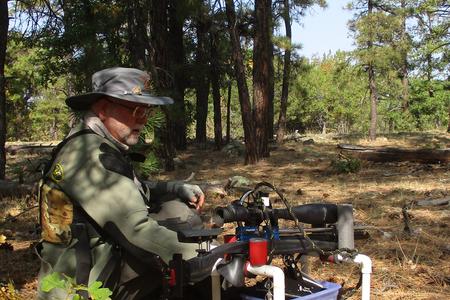 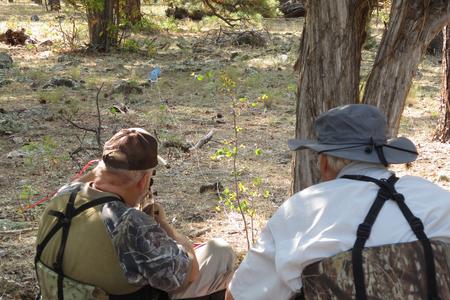 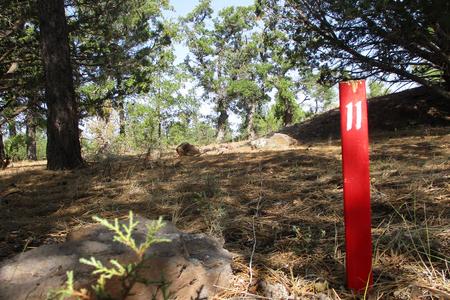 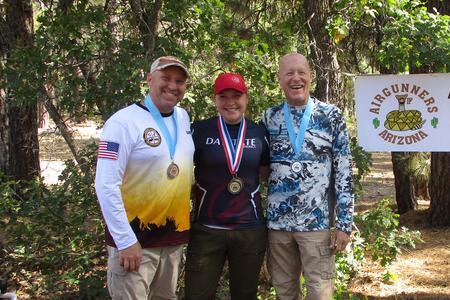 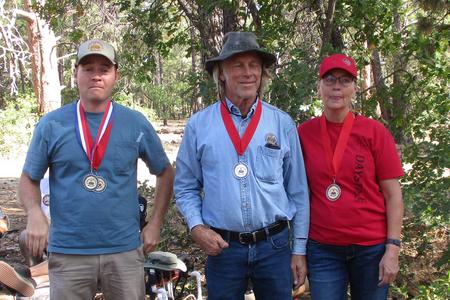 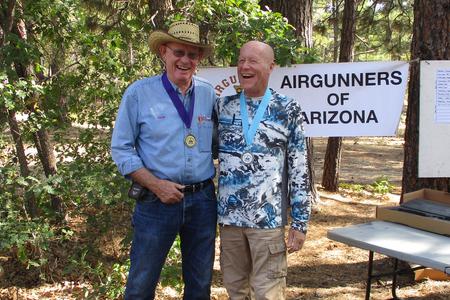 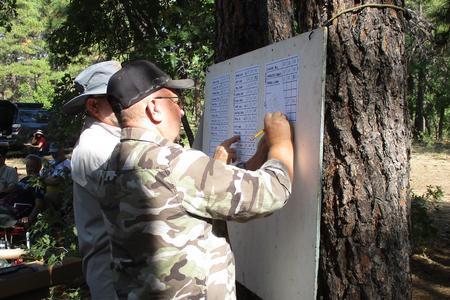 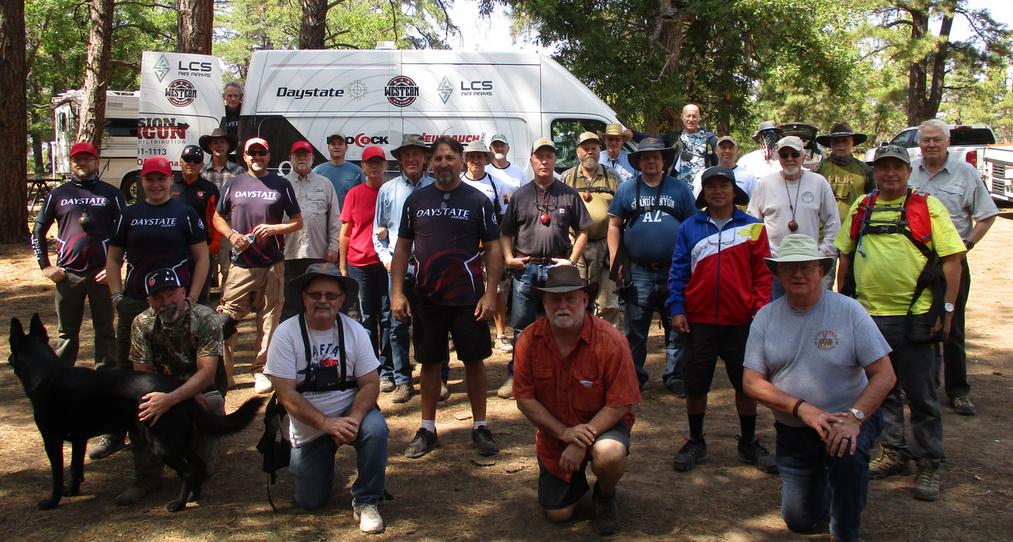 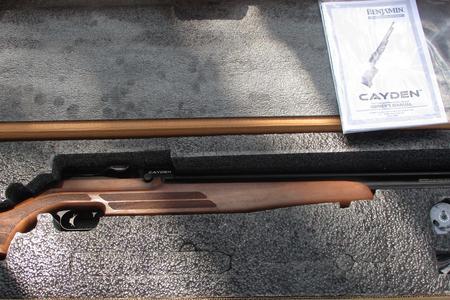 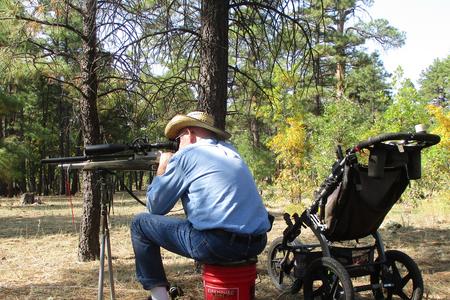 Well, I am sitting here, staring at the computer screen, looking for inspiration on how I want to start this report.  We are only holding a one-day state match this year due to the frickin’ Covid-19 restrictions, so I may as well start there.  We decided to hold a one-day, 60-shot match to minimize exposure with each other.  We had our masks, the squirrels were not going to contaminate us, and we were spread out all over the forest….sorta.   We were “socially distanced”.   Let’s go back to Friday…….

After arriving on site just before noon, Steve, Bobby, Cole, Kent, Dan, and Mark started laying out the 15 lanes per our club president (Larry’s) instructions.  The dirt lane that extends across the top of Perry Lake gravel pit was laid out with 8 lanes extending to the south and southeast, while the remaining 7 lanes were positioned opposite, facing basically north.

While the guys were staking and figuring lanes of fire, the table was set up and the ammo cans (we use 30mm ammo cans with 8 color-coded targets in each) were unloaded and painted.  As each target was finished, they were taken to each of the lanes and positioned on either the concrete blocks or downed tree trunks, etc, that provide natural “obstacles”, aka, terrain features throughout the area.  Using this method and with as many guys assisting, this only took about an hour or so.  Our crew is absolutely devious when it comes to target positions, which is probably why so many people want to come and shoot with us.  If there is an odd-ball target position to be found, they will find it!  They did a good job this time as they have done in the past.

With Steve as head range officer and the only one shooting freestyle, he kept track of target distance and kill zone size for each of the 15 lanes.  With the wind that we had on the day of the shoot, the Troyer factor came out to be 35.52 and a very worthy, and challenging course.

Saturday morning was clear, but with a slight haze, no noticeable clouds and temps that were comfortable and warmed only into the 70’s with low humidity.  The sun was bright but not blinding and the NWS called for 5 to 10 mph winds gusting to 30 mph.  Checking the weather history for the timeframe, we had 8 to 15 mph winds that gusted from 20 to 25 mph.

Using that criteria to set the stage, we had 29 shooters out of the 30 that said they were going to come, in attendance.  We split up 13 lanes of 2 shooters and one lane of 3.  It worked out well.  We started a bit earlier than normal at 9:30am and then took an hour break after shooting the first 8 lanes.  We used the tail end of that hour break to herd the cats for a group photo.

Yes, we did our best to maintain social distancing, but didn’t hide behind our masks.  That is why the photo shows us all spread out.  Thanks to Miss Moneypenny (Mary Anne), our club treasurer for all the photos taken.  She and Wayne Smith also took care of the stat office and scoreboard.  I will thank you guys here and now for that major piece of work.  It is greatly appreciated, even if you were constantly interrupted….LOL.

After the break, we got back to the last 7 lanes and finishing the match.  The target directions were all over the place, as was the lighting and wind direction.  As stated previously, this all added to the challenge and made for a very viable state championship.  It also increased the fun factor.  Every lane was different and we had separate off-hand and kneeling lanes thrown into the mix.  Something for everyone and a most enjoyable day in the pines.  It was that nice after the break that you just wanted to find a nice place to lay down on the pine needle blanket, in the shade, and take a nap.  Well……I would have liked to do that.  Everybody at my age wants to do that.  We call it “happy hour”…..LOL

With the match over and scores turned in, it was becoming obvious that we are witnessing a “changing of the guard”.  The kids are starting to take over, as it should be.  All the top spots were snatched up by the youthful shooters with the young eyes and the good glass……except for Steve Montgomery.  He was the only shooter in Freestyle class and finished with a 56/60 to lay claim to State champion.  His comment?  “Everybody is deserting me!”

In the three other competitive classes, Cole Rearden shot 58/60 for state champion in Open PCP class.  Lauren Parsons also shot 58/60 for State champion in WFTF class.  And in Hunter PCP class, Van Tucker shot 56/60 to lay claim to the state title.  Unfortunately, we had no junior shooters participating, but we did cite John Knapp from California as high out-of-state shooter, and retired Dr. Nathan Benson as high senior shooter.