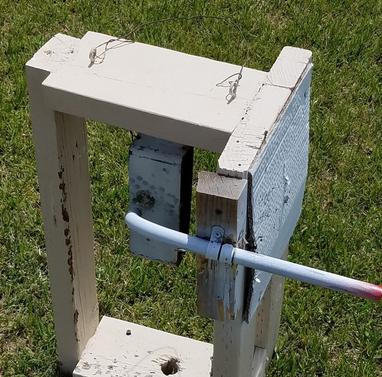 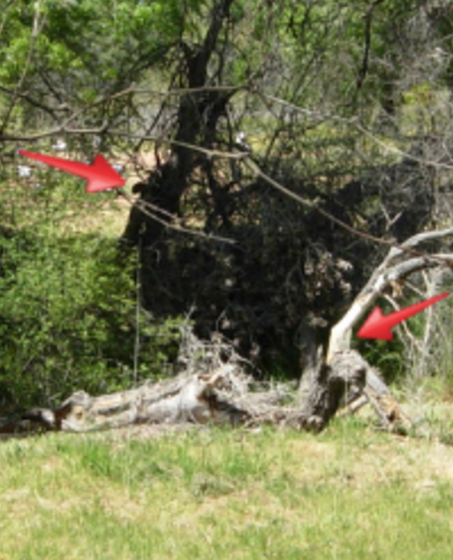 Far target that looks like a lump on the tree trunk is actually a buffalo.  Took a while to find this little sucker even trying to follow the string. (1.5 @ 31) 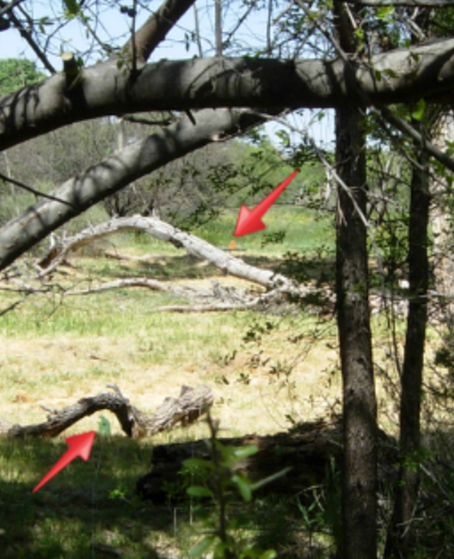 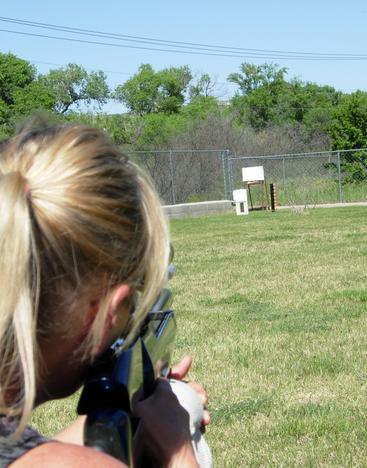 If you can thread the needle with a pellet through all the foliage, Bobby will figure how to position a target at the other end, and they will all be challenging and great fun.  It was laughable listening to the epitaphs being uttered as shooters were moving from lane to lane; “friggin tweety bird!”, “I hate that cat!!”, and “I’m gonna kill that kitty cat!!!”.  There were a few other choice comments, usually followed by laughter, as the shooters were being outwitted by the steel critters.  Good stuff.  Funny stuff.  I am still chuckling. 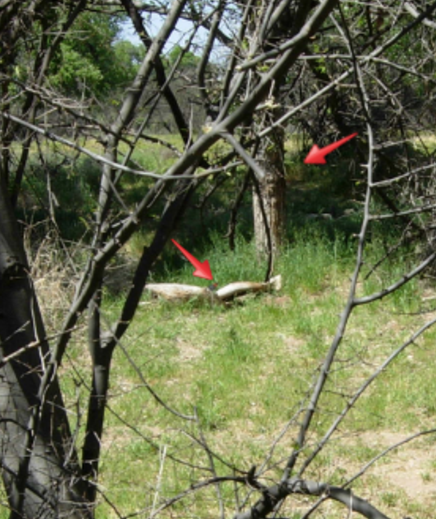 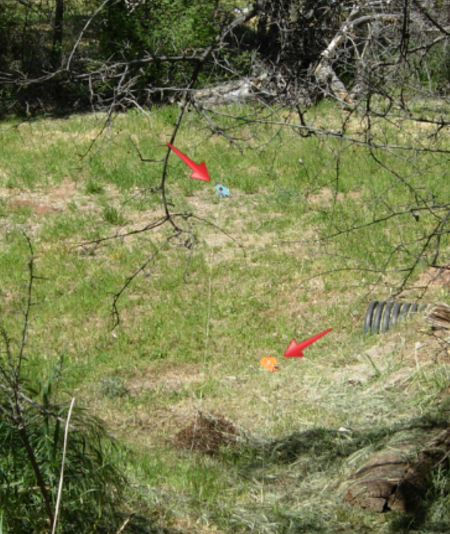 We did have a few emerging super stars that posted some great scores as well.  In Hunter PCP class, Ben shot a phenomenal 35 on the course and then added 2 points on the bonus target for a 37 total.  In Open PCP class Scott shot an outstanding 37 and also added 2 points on the bonus target for a 39!  Both of these guys have only been shooting for about a year and have really improved dramatically as have a number of the other newer shooters.  We teach, they learn, and they have learned very well!

Just a word about the “bonus target”.  Bobby has a bell target that he made.  Normally we would shoot through a hole in the center of the target board and hit a metal “bell” that rings clearly when hit.  Bobby, being the diabolical sort that he is, attached a curved ½” piece of conduit to the side of the target.  He had this set at 30 yards with the object of shooting a pellet into the conduit.  It travels around the curved elbow and strikes the bell from the side.  To earn bonus points, you have three chances to shoot it.  Hit it twice and earn 1 additional point.  Hit it all three times and earn 2 extra points, but you only have once chance to do this, not multiple times.  Hey, it’s a fun side event for a monthly club shoot.  He throws down the gauntlet and others step up to the challenge. 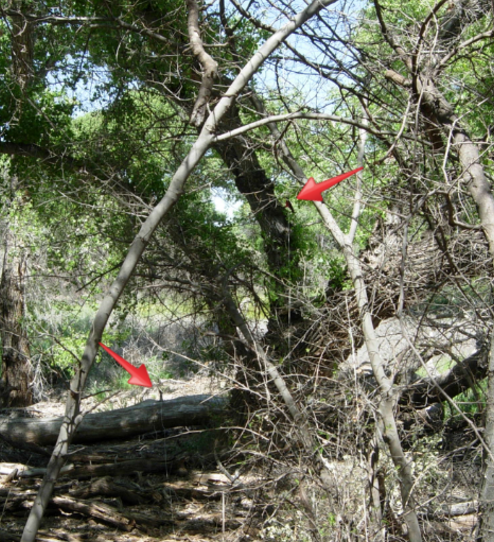 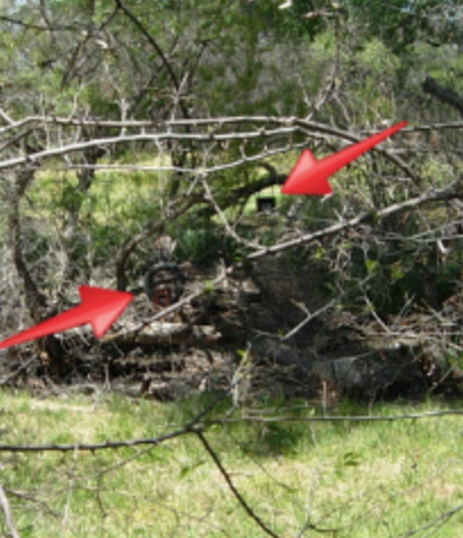 Near target is the forced position offhand shot

Far target is a weasel

This is classic Bobby

Near target is mounted IN a tire that is hanging from a tree branch and is allowed to swing (.75 @ 28) 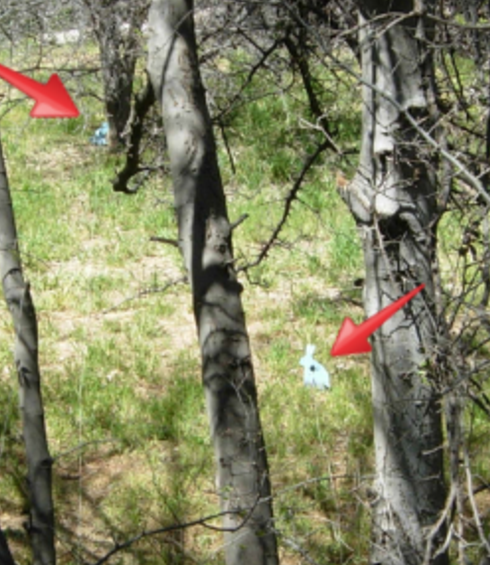 Hit it twice to earn one bonus point.

Hit it all three times to earn two bonus points.

It was shot with a slight left to right wind as indicated by the hits next to the hole. 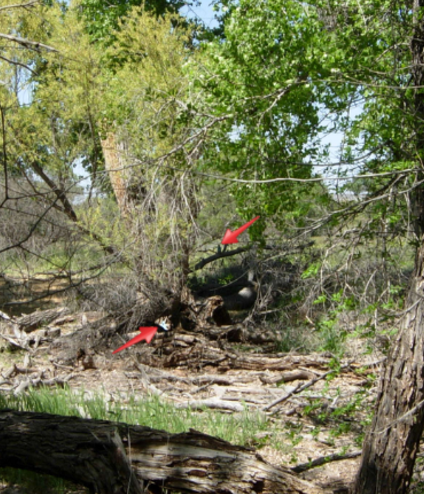 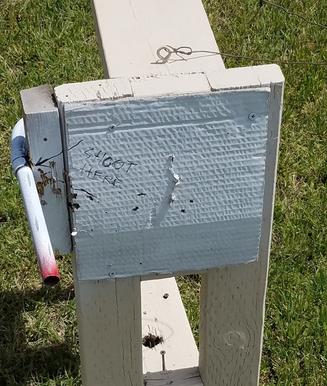 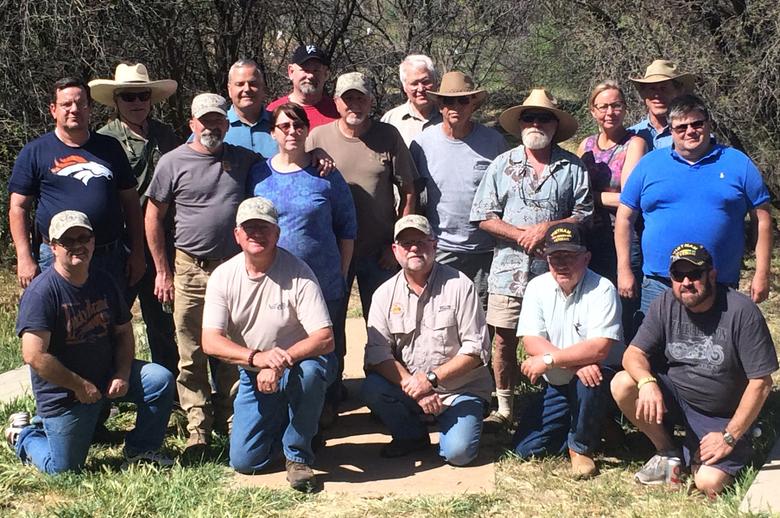 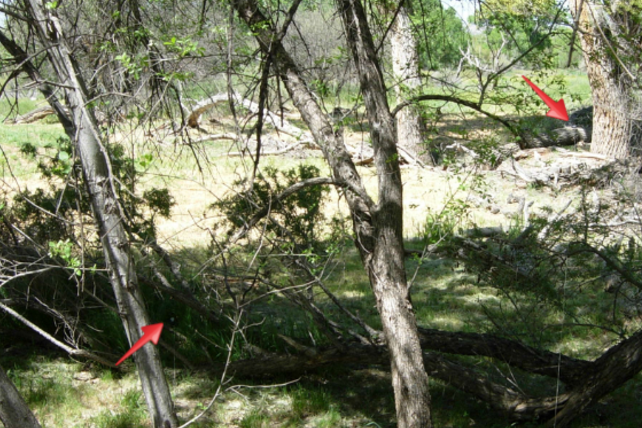 Here are the scores.  Note that the bonus points are added as a “+” figure.  Also note that Bobby did not have any bonus points.  Neither did I…..LOL!  We’re gonna let Scott learn on his own from now on; he hit the darn bonus target six times outa six…..just to prove that he could.  We’ve got a good bunch of shooters. 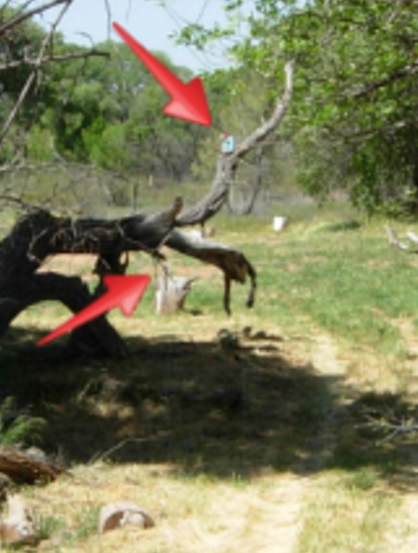 This month’s match was held in Camp Verde, AZ under clear skies, bright sunshine, and temps in the low 60’s at the beginning of the match and warming to the low 80’s in the afternoon.  The air was surprisingly calm for most of the match and only built up to around 6 mph (according to the NWS) in the afternoon.  Shooting conditions in the shade were wonderful on the course set up by Bobby C. and helped by club VP, Wayne S.  Bobby likes to hide things in plain sight….if you know where to look.  By following the strings, you can normally find the target….most of the time.  Following the string through your scope also helps to locate the target.  For instance, the buffalo that was attached to the side of a tree of the same color and set deep in the shadows looked like a pimple on the tree trunk.  The target mounted inside the tire (still don’t know what it was) which was suspended from a tree branch was a nice touch on lane 8 as well.  It moved with the breeze.  Nice!  Bobby figured this match to be a Troyer 28.  (edit - Troyer = 32.8)

For this month’s report I decided to take pictures of only the target lanes and point out the target positions for something different.  This is a tribute to Bobby’s target setting prowess.  This is also because I forgot to take the camera with me and left it in the truck.  I took the pictures after the match.   Hey, I am getting old and forgetful.  At least I remembered to wear pants this month.

We have to give a big thank you to both Bobby and Sandy for hosting this month’s match, and especially to Sandy for grilling burgers and brats and all the other goodies for us for lunch.  Thank you so much for doing this for all of us.

Gotta thank Larry, our club prez, for bringing the PAD van up to the match and filling air bottles afterward.  His job with Precision Airgun Distribution has him traveling most of the time, but he makes every attempt to be at our monthly matches, and we are grateful for it.  I even got to carpool with him this month.  We were able to discuss club business and also entertain ourselves with other peoples so called driving skills.  That turned out to be a very worthwhile and amusing several hours of windshield time that had us both smiling.

Buzzard in tree is the near target

Ground squirrel sitting on the tree stump is the far target