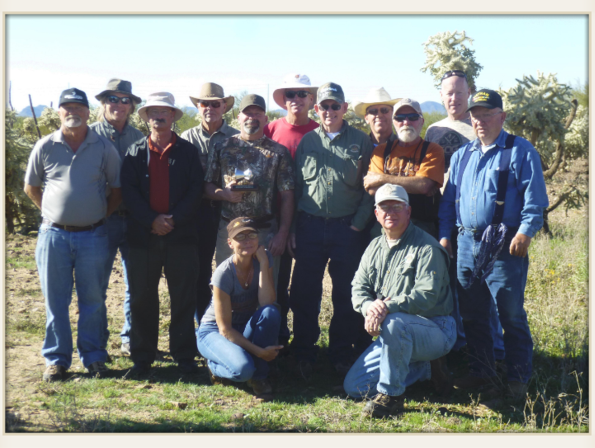 Wayne is a recent new member of the club and was thoughtful enough to bring a camera for the group shot.

Alexander Dumas (Doo-mah) was a French writer who penned such works as “The Count of Monte Cristo”, and “The Three Musketeers”.  I doubt very much if he ever knew what an air rifle was, much less write a report on field target matches.  Nonetheless, I sit here, beginning this match report while looking at my camera lying on my desk.  This is the same camera that I forgot to bring with me to the match to photographically record the days’ events.  What does one have to do with the other, you ask?  Well, I just add another “s” and pronounce it phonetically to describe myself for my lack of forethought as I sit here performing my scribal duties.  I would hazard a guess that it is marginally better than calling myself unintelligent fecal matter. (You can figure that one out)

At any rate, the match did turn out to be somewhat “epic” with the emphasis on one word; WIND!  I cannot remember the last time we had this much wind for a match.  We are talking 18 to 24 mph with gusts even greater.  Would you believe two mildots hold-off at 30 yards?  The sun shone brightly and the sky was an otherwise cloudless and brilliant blue.  The temps in early morning were in the low 60’s and warmed to the mid 70’s but the wind did not let up.  This proved quite interesting in terms of Troyer rating.  Without the wind, the T-rating was 32.89; very doable.  With the wind, the T-rating went up to 40.67. 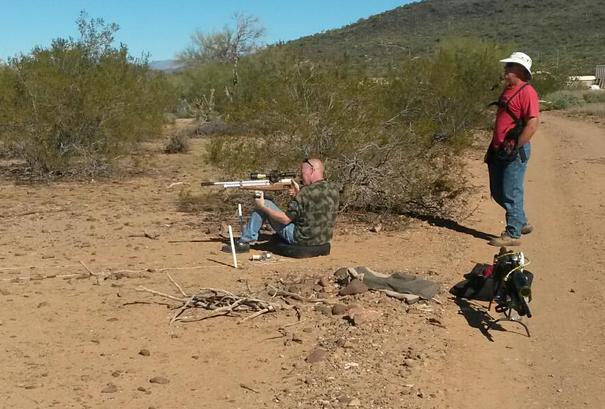 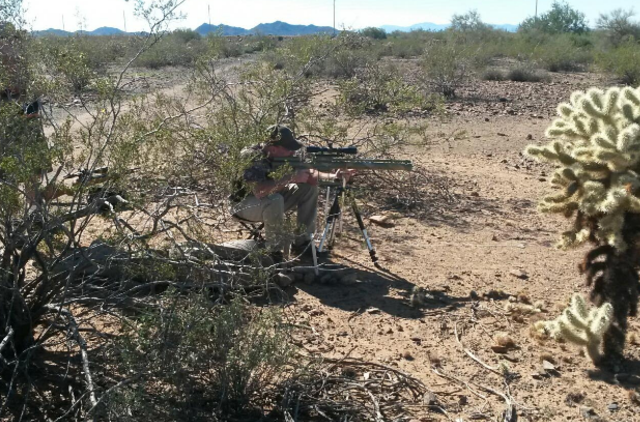 This is similar to the turkey target faces we used for this match.  We had fun!

Bill C. is shooting his new gun, purchased just two days previous to the match.  It is a very nice FWB 800.  He took 2nd place in Open PCP with it.  Bill is also our newest club member and travels from Lake Havasu City to shoot with us.  Welcome aboard!

Scoring is Scott J, whom we haven't seen in a while due to work responsibilities.  It was really good to see him again. 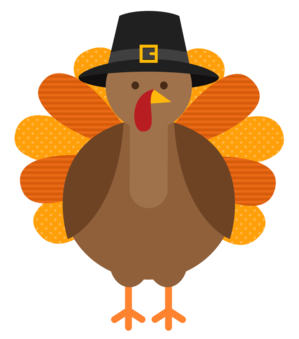 Steve M traveled from Flagstaff and is our match winner this month in Freestyle class.  He is shooting his USFT that has been camo painted.

With the recent rains, the desert is very green although is doesn't appear that way in this photo.

We had 13 shooters in attendance for our Thanksgiving turkey shoot.  Ten lanes were set up with two targets per lane for a 40-shot match.  Half of the targets had turkey face plates on them.  Printed cardboard turkeys were duct taped to the steel target faces.  The kill-zones were cut out to correspond to the actual target for a change-of-pace, fun-filled match.  Fortunately, we used enough duct tape and did not lose a single target to the wind.  I only heard one disparaging comment and that was that there was not enough duct tape left over to duct tape me to a cactus for requesting this much wind!

Three classes were represented with Steve M taking high honors and Match winner with a 34 in Freestyle.  Steve was joined by John B and Wayne S in promoting this class.

Hunter PCP was won by Wayne R with a 25.  We are glad to have him back after being away all summer piloting an air tanker over the wildland fires in the northwest.  Joining him in Hunter class were Dave C. and Mike B.  Mike was really strapped shooting a 12X scope over a 12 fpe gun.  He did well considering the conditions.

Open PCP was won by Mark K with a 33.  Six others joined in to partake in the fun.  Most notable was Bill C. who bought a new gun on Thursday and shot it on Saturday and finished in second place! 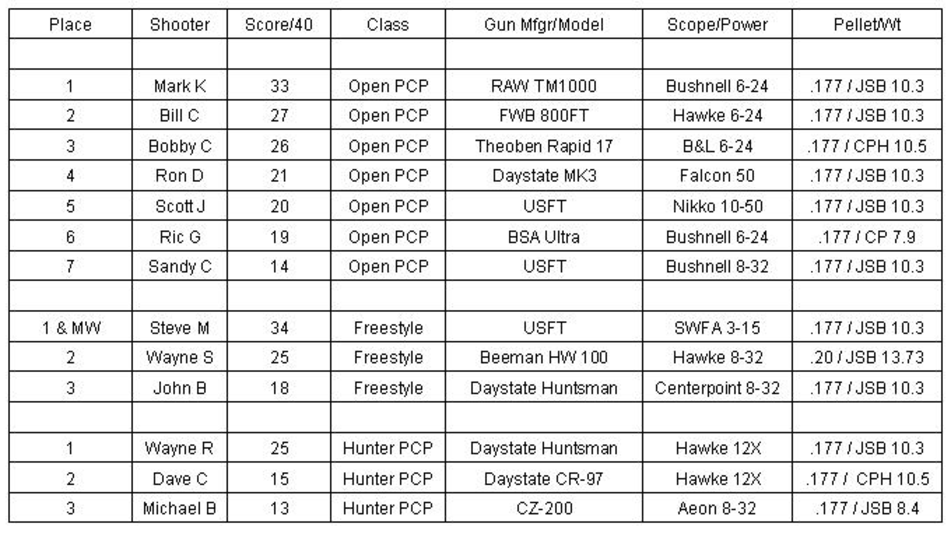 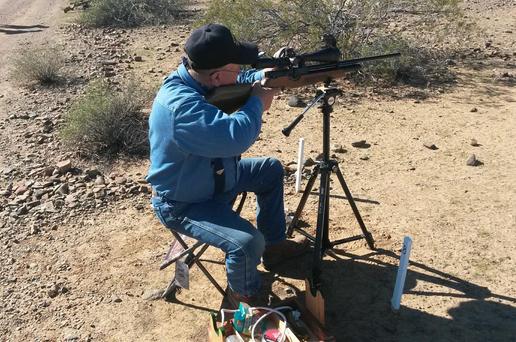 Thanks go out to Dave, both Wayne’s, Steve, and Ron for assisting with set up on Friday.  Thanks to Wayne S and Ric G for providing pictures for this report.  Thanks to the entire crew for helping pull the targets afterwards and put back into storage.  With everyone doing a little bit of work, it gets done in no time at all.

With the targets and all associated materials put away, we had an awards ceremony, a group picture was taken, Thanksgiving wishes extended, and then parted ways until next month.  Our December Christmas match will be held at Ben Avery range on December 19.  All are urged to attend because we will be presenting a major award at that time.  You don’t want to miss it.

We don’t say it enough during the year, but at this time of year it is most appropriate to publicly thank all of our members.  We are most thankful for the friendships that have developed, the helpfulness shown throughout the year, and the great times that we have when we get together.  We have a wonderful, fun-loving group that we never tire of being with, and I am personally very thankful of that.

Happy Thanksgiving to ALL.