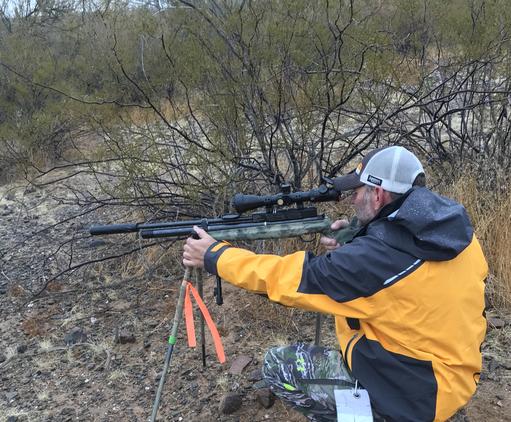 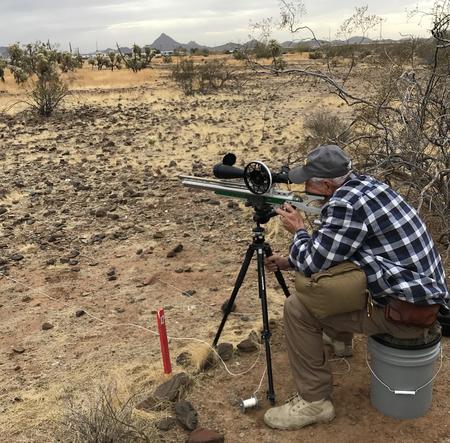 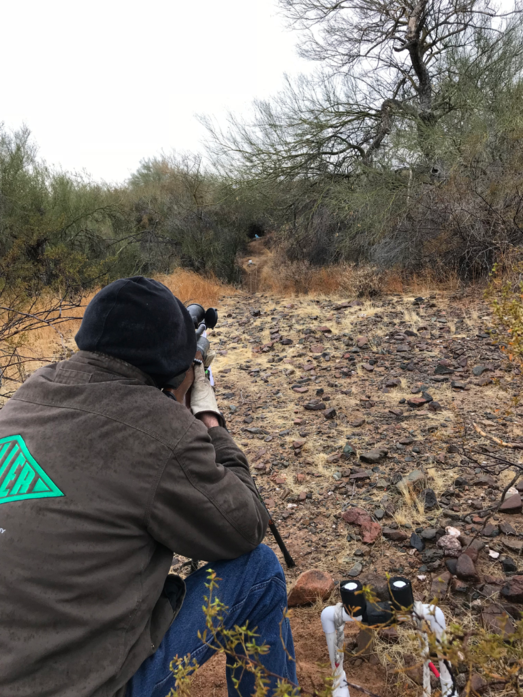 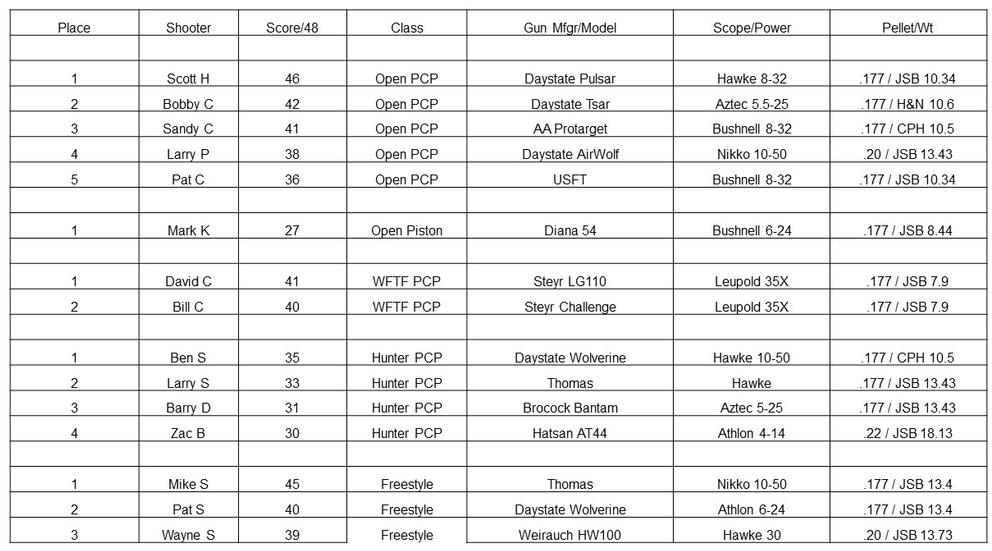 Special thanks to Larry P for providing pictures.

I would nominate him for new club photographer 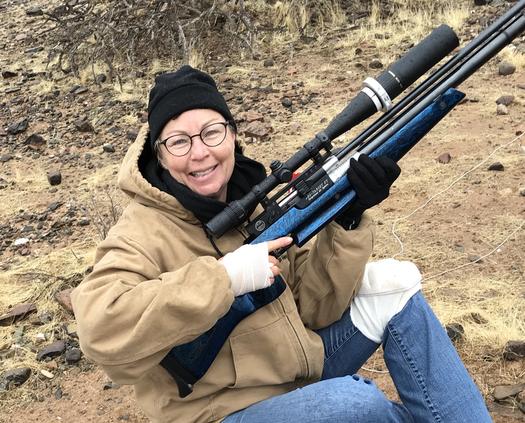 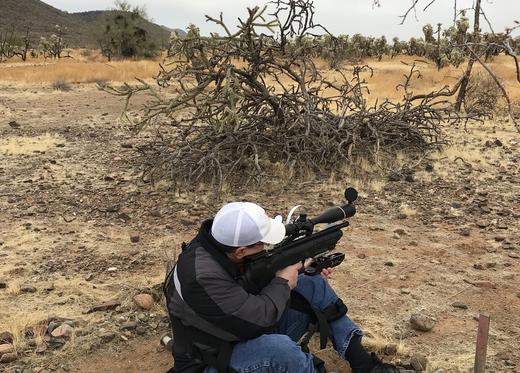 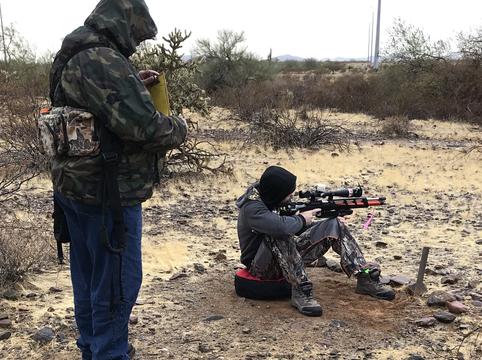 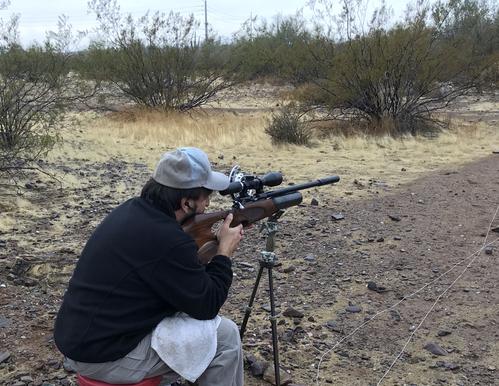 We had our first match of the new year in non-typical Arizona winter weather; It rained…..sorta.  The day started out heavily clouded with skies a dull gray color.  The temperatures were in the low 40’s that eventually would rise to the mid 50’s at the end of the match.  The NWS called for only a 30% chance of showers for today and we must have been in the 30% part of the valley where it did rain.  We had a steady, moderate drizzle that started as soon as the match commenced and continued for the next couple of hours.  It finally stopped, the clouds started to break up, and the sun came out, filtering through the patchy remnants of the cloud cover, but not before we had finished shooting.  Figures!  With the clouds just sitting overhead and emptying onto us, there was very little wind until late in the match.  Even then it only amounted to maybe about 5 mph, but was enough to start breaking up the cloud cover.

Even with our version of inclement weather, we were dauntless in our pursuit of slaughtering the steel critters that were invading our turf.  Our armor, in the form of raingear, protected us as one-by-one, the critters succumbed to the constant torrent of well-aimed pellets.  Yeah, it was somewhat cold and miserable, but we still had fun.  We always do when we get together.  We had shooters that traveled from Las Vegas and from northern California join us today in the form of Pat and Dave.  We also had two prospective new club members, Fritz and Dwight, come out to see what this game was all about.  I have a feeling we will see more of them, as well.

Twelve lanes were set with two targets per lane for a 48-shot match.  The lanes were cleared of interfering vegetation earlier this past week and the concrete blocks were reset and leveled.  The day before the match, the targets were set and everything was ready to go.  All of this was done, of course, in warm weather and sunshine….LOL.  Thanks to everyone who helped to set up and also to all the shooters that helped to take in the targets and wind strings after the match.  This is always greatly appreciated, especially with the slightly muddy conditions.  The Troyer factor was 31.52 without any wind figured in.  That did not deter any of our shooters.

We contested 5 classes at this month’s match.  Scott H ended up taking Open PCP class by only dropping 2 points.  Bobby and Sandy were close behind for 2nd & 3rd places with Sandy still recuperating from surgery on her shooting hand!  In Open Piston class, yours truly would be the lone competitor.  I have no idea why there is an aversion to shooting a springer.  I did not have to refill my gun with air at all during the match!

In WFTF PCP, the brothers Dave and Bill battled each other, with Dave coming out on top by one point.  I got to shoot with Bill today, but each time that we saw Dave on the course, I kept finding these things that he lost, dug around in my pocket, and presented them back to him.  I think he was appreciative of that.

In Hunter PCP, Ben S once again prevailed for the win.  Larry S was just 2 points behind and Barry D was just 2 points behind Larry.  This is always a close race.  In Freestyle class, Mike, the old man (he is actually a year younger than me) dropped only 3 points to win that class, with Pat and Wayne, in 2nd and 3rd place, separated by only a point.  Watch out for Wayne.  He just had his gun resealed and regulator rebuilt and is now shooting like a house on fire.  We should see some good battles in the future.

Here are the scores and equipment synopsis; 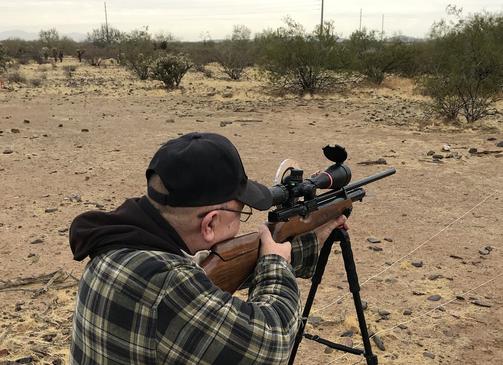 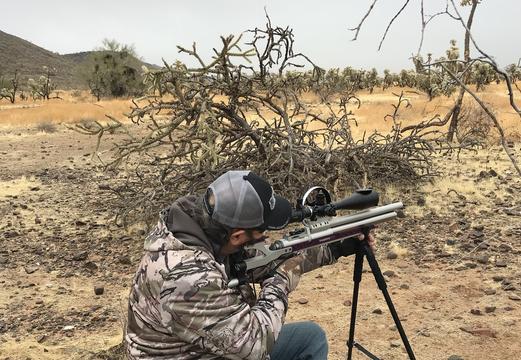 Next month we will be shooting on the 4th Saturday instead of the 3rd Saturday due to a scheduling conflict at the range.  The match date will be February 24, 2018.

Sorry, no pictures from your intrepid scribe this month.  There were some cell phone pictures taken, and I will include those in this report once they are sent to me.