Larry doesn't like the cold and bundles up accordingly 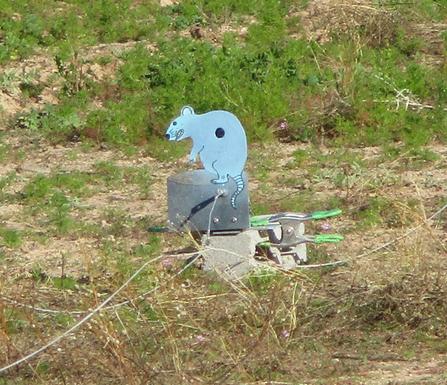 Here are the scores and equipment stats.  The only standout shooter today was Scott H, shooting 46/48 in Open PCP.  Great shooting! 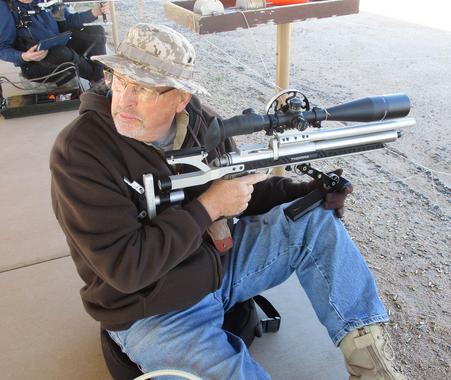 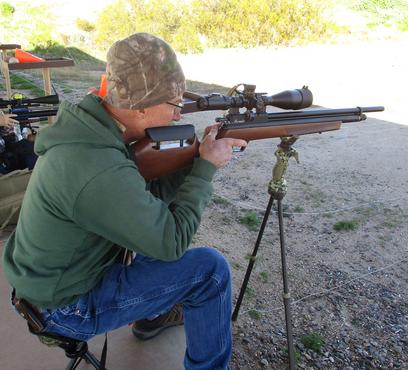 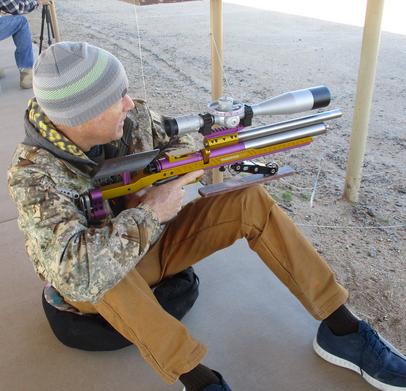 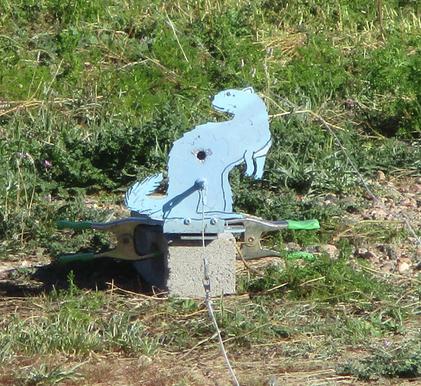 The rest of the crew were the usual suspects, competing in 5 separate classes.  Today’s course was 12 lanes, 2 targets per, 48 shots, with half the field beyond 40 yards for a Troyer without wind, of just a bit over 31.  No forced positions unless you count trying to sit still with the wind buffeting you.  It was great kite weather! 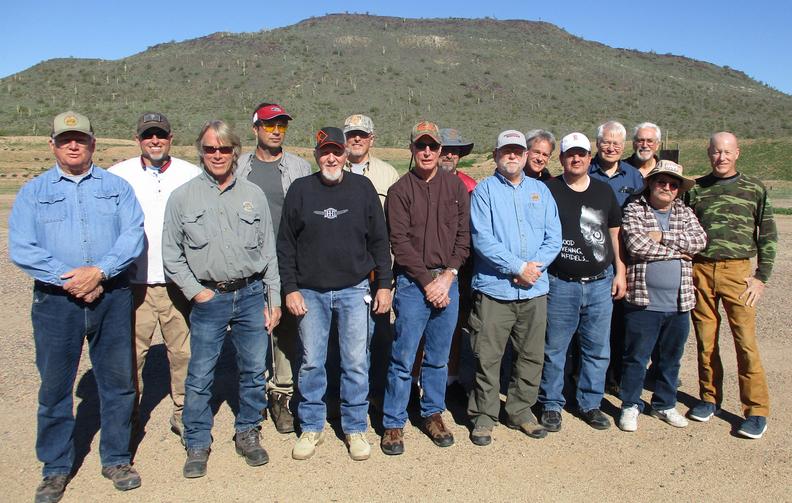 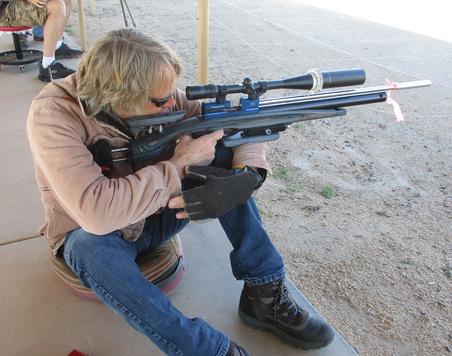 The first match of the new year and the NWS forecast clear skies, mild temps, and winds about 5 mph and getting calm in the morning.  Yeah, right!  Nobody asked Mother Nature for her opinion. “Oh, you guys want to shoot Airgun today?  Ha ha ha ha ha ha ha ha……….!”

When we arrived and started setting up, the wind was HOWLING out of the north.  Score cards, pencils, clipboards, and lane markers were being blown all over the place.  The temperature was about 43 F, but the wind made it feel much colder.  During the sight in period, guys were huddling behind the range building, in the sunshine but out of the wind, just to warm up.  It was a tad chilly.  Obviously much warmer and with better weather conditions than the rest of the country, but still a tad chilly.

It would eventually warm up to the mid to upper 60’s and the wind did subside somewhat, but it was still swirling and unpredictable and approaching from various directions and intensities, so it made shooting…….interesting.  Most of today’s misses were from too much or too little hold off to account for the wind.

Larry, Ben, and I showed up early to start setting up the course.  Ben had read the weather report and wore shorts, a decision he regretted.  We were helped by Terry, Scott, and Mike and got everything set up by a bit after 8:00.  We would acquire 15 shooters for the match, of which 3 were new guys.  Two of them joined the club!  We welcomed Scott, Adam, and Rob, who all shot their first match ever with us today. 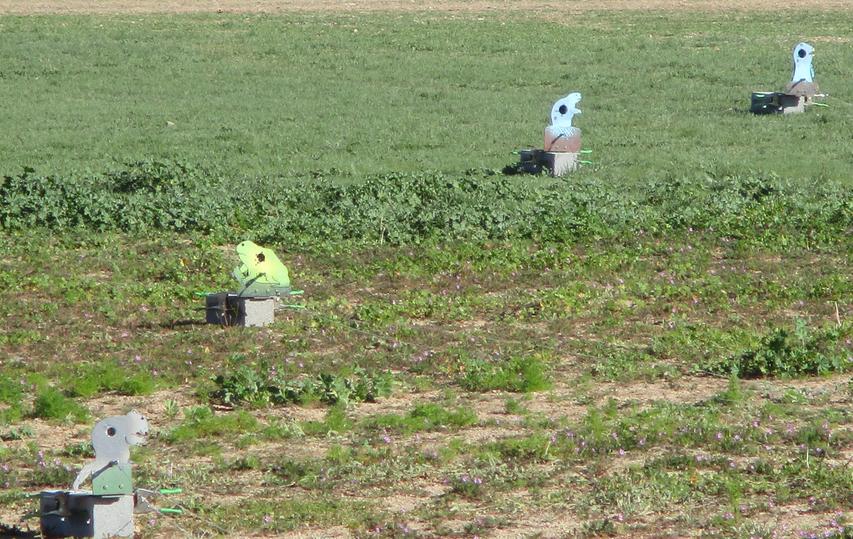 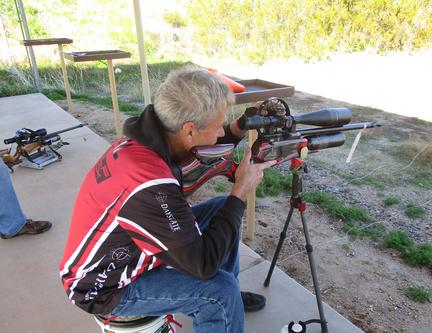 Bill doesn't have enough meat on his bones to stay warm 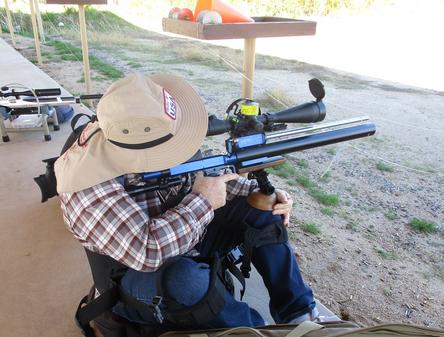 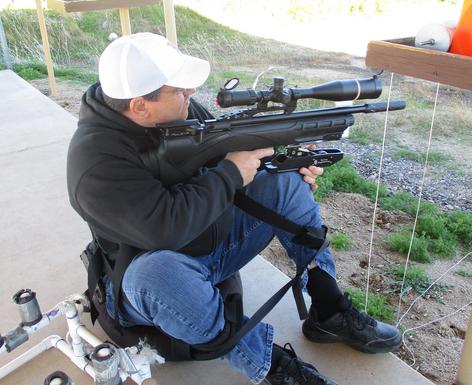 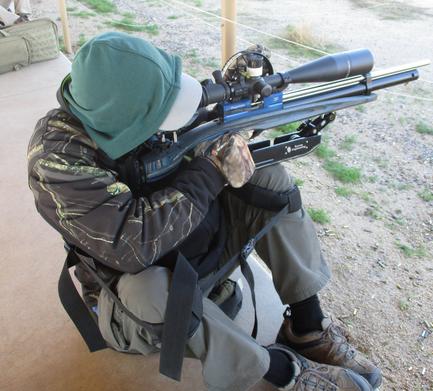 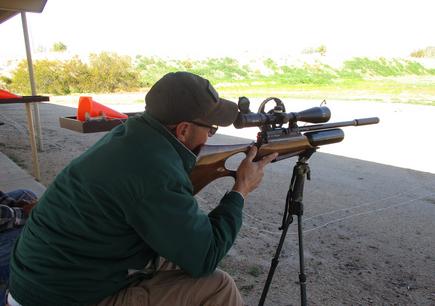 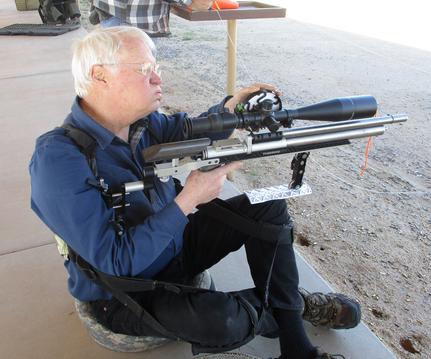 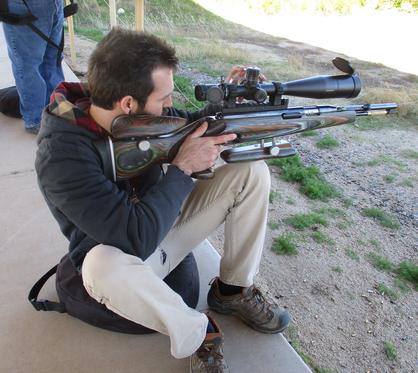 We use 4” x 4” x 16” concrete blocks to clamp our targets on to.  These are small and light enough to carry a lot easier than the bigger blocks, and also heavy enough to prevent movement when resetting by pulling the strings.  Care needs to be taken to prevent breaking.  If they are dropped on the ground, they are more prone to breakage because of their smaller surface area.  At about $1.00 apiece from Home Depot, they serve our needs nicely, and store in a much smaller footprint in our conex container. Clamps are only a buck apiece as well.

We kept our orange rubber cone lane markers in place by partially filling them with loose stones and laying them over with the pointy end facing into the wind.  Field expedient fixes to make life easier. 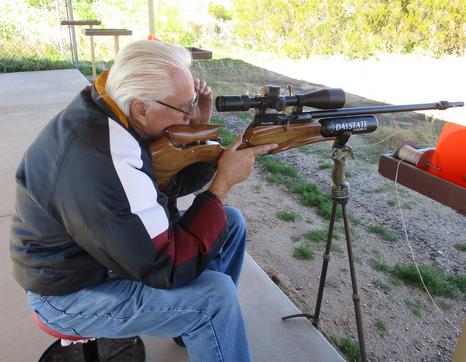 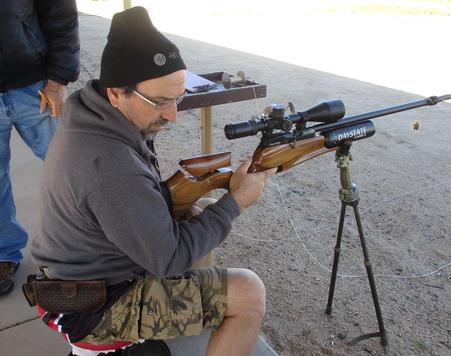 Next match will be Saturday, February 15 and on the smallbore range.  We are being bumped from the Pistol Silhouette range due to another activity scheduled.

Many thanks to Larry, Ben, Terry, Scott and Mike for course set up.  Thanks to ALL the shooters who helped take down afterwards.  I think todays course was dismantled in about 10 minutes.  These guys are good and know exactly want needs to be done and we work together well.  Of course, the thought of the mouth-watering burgers at Wild Horse West may have had something to do with that!  Big, juicy, and hot….mmmm…..mmmm…..mmmm! 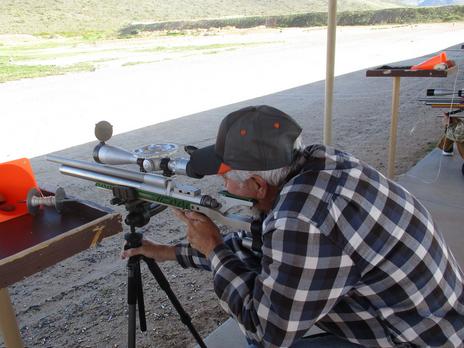 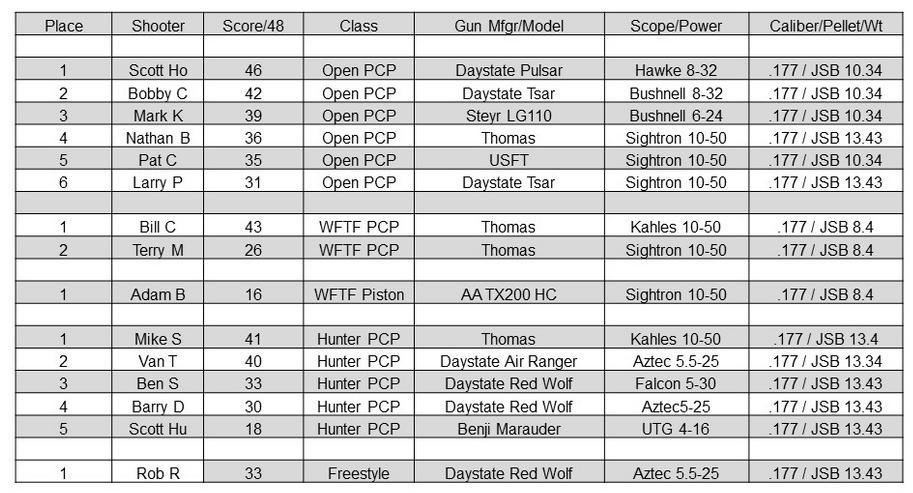