If your name isn't in the results listed below, you missed out on several things; a challenging match (estimated Troyer Factor in the mid to high 20s), making new and renewing friendships, and cool weather which was ideal for the competition. All of this among tall Ponderosa Pines, Live Oak trees, and great views.

The temperature was 63 degrees when the sight-in range opened and reached 84 by the end of the match with partly cloudy skies. Winds were varying from 0 to 6 mph, first from the left and then from the right, sometimes when shooting the same target. Challenging! The course was set up in an L shape; 12 lanes, 2 targets per lane, 2 shots per target for a total of 48 shots. One Standing lane.

As planned, the match began at 10 am and finished at around 1:30 pm. This included picking up the targets and loading them into Wayne's truck for transport to Mary Anne's and Scott's garage in Flagstaff for storage. The club is fortunate to have such great members willing to step up and help. Many thanks to Scott and Mary Anne. Also, thanks to Barry, Larry, Steve, Van, and Wayne for setting up a challenging course and to all the shooters who assisted in pulling the targets, strings, clamps, cones, and concrete blocks and helping to load them into Wayne's truck at the end of the match. Many hands make easy work.

We had 15 shooters competing in 4 classes. Here are the results: 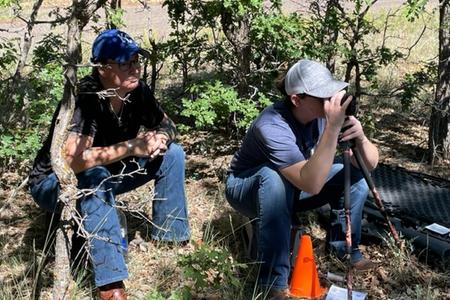 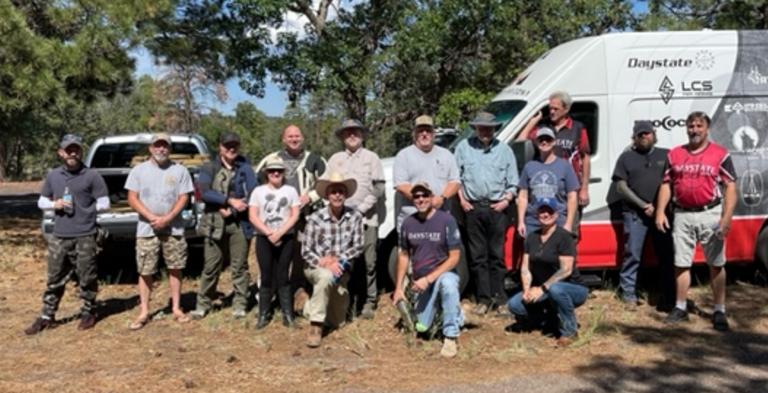 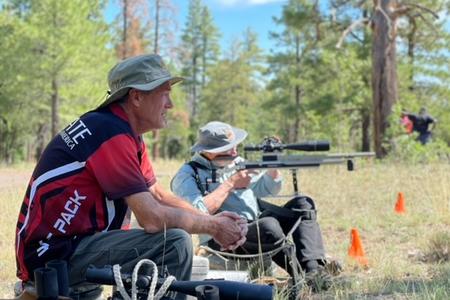 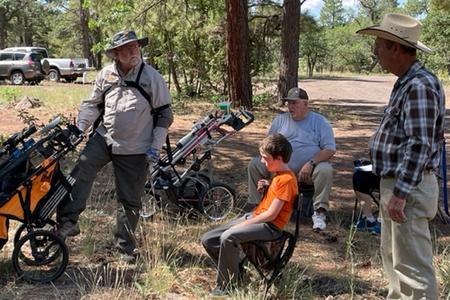 There were a few unique items among the contestants. Jacob was a first time Field Target shooter. Although he didn't have a high score, he didn't get skunked and said he had GREAT FUN! He promised to return to avenge his performance.

Lauren was practicing for the WFTF World Championships in Italy and shot the match either standing or kneeling.  So did Garrett but he didn't want to turn in his score card.

And finally, Steve's gun failed so Abigail (Steve's daughter) and he were shooting a borrowed Marauder, compliments of Kent. Thanks Kent!

That about raps it up for July 2022. On Saturday, August 20, we will be shooting at the same location.  Barry and Kent have graciously volunteered to set-up and run the August match since Wayne and Larry will be traveling.  My thanks in advance for stepping up to help the club.  I'm already sorry I'm going to miss it!

Until next time, be safe and keep practicing! 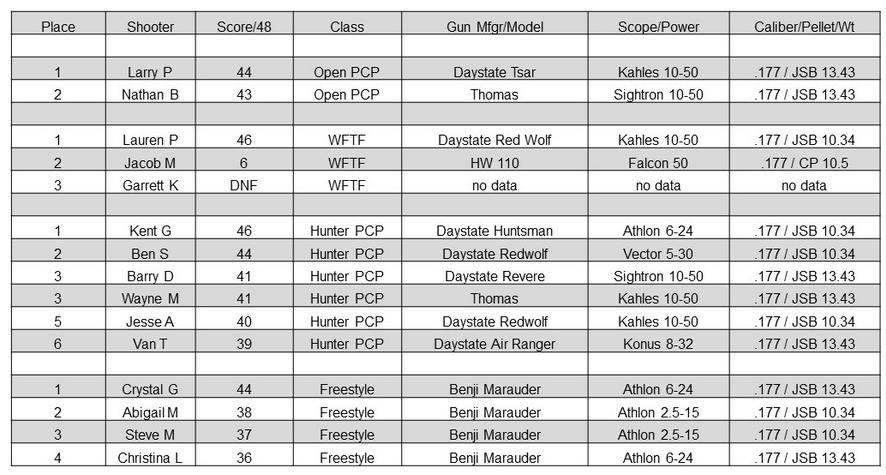 Many thanks to Mary Anne, our treasurer, for providing photos. 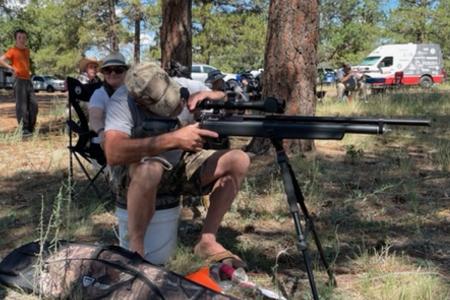 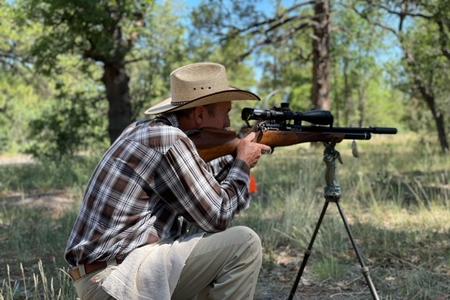 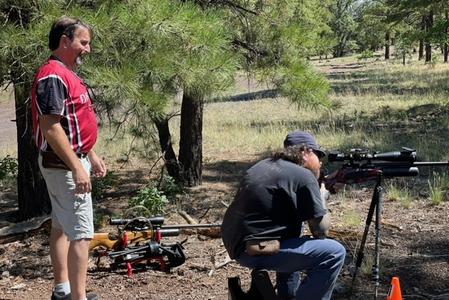 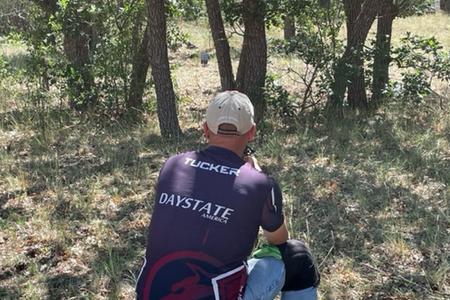