Joe, my partner.  I am taking the  photos 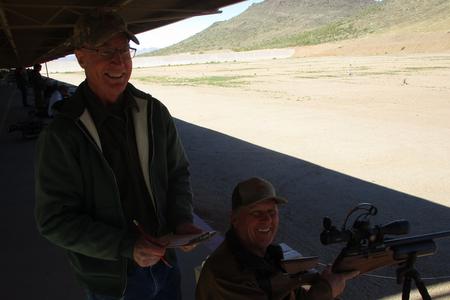 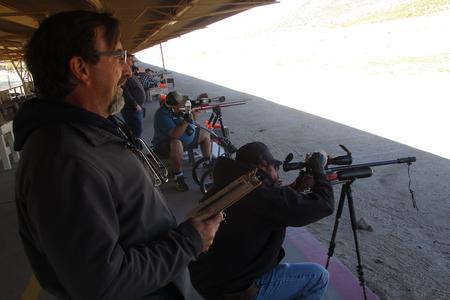 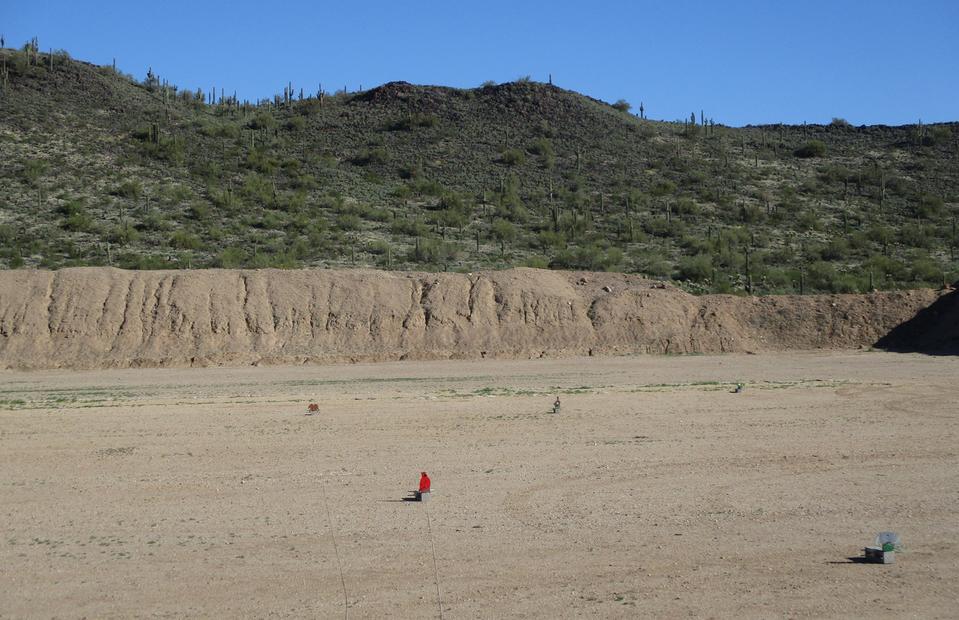 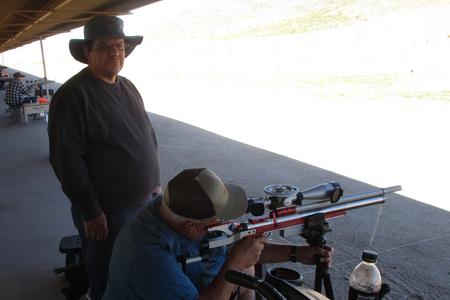 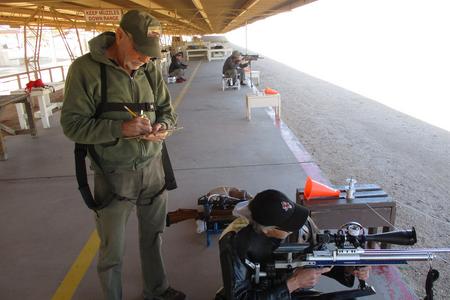 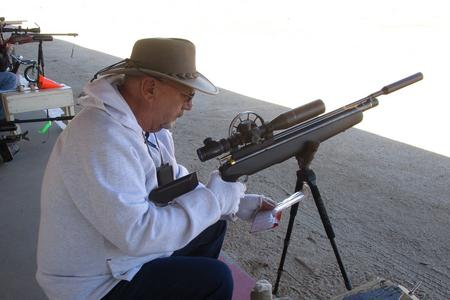 A portion of the range showing how BRIGHT it is.  Some of the above photos washed out due to the sun and brilliance of the background.  Sorry......   Notice how BLUE the sky is. 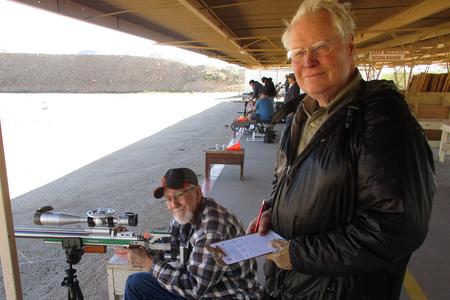 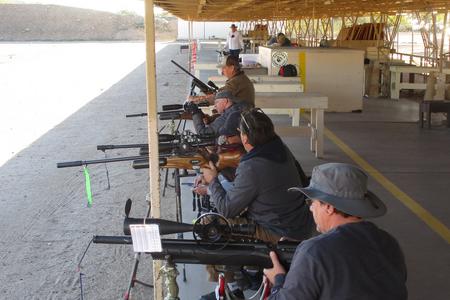 As soon as the last shots were sent downrange, EVERYBODY jumped in and pulled targets, blocks, clamps, strings, etc.  I think everything was taken down and stacked, ready to be put back into storage, in less than 5 minutes.  That is the beauty of shooting on a “parking lot”, as it has been referred to at some point.  Easy to set up, easy to take down, and gives more time to actually “shoot”.  What a concept!  We overwhelmingly thank everyone for their consideration.

After the scores were announced and awards presented, we all parted ways until next month.  A few of us hit our favorite burger joint afterwards in order to thwart our growling stomachs!

Next month, we will be back on the pistol silhouette range on the third Saturday; March 19. 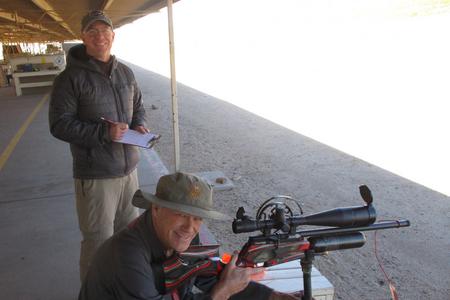 Our second monthly match of the new year presented us with BRILLIANTLY BRIGHT blue skies with not a cloud in sight.  The brightness of the sun was piecing!  Temps ranged from 59° during set up, to 72° by the time we finished the match.  Mother nature was quite creative today when playing with the wind.  Initially, it was coming out of the west at a fairly consistent 5 – 7 mph, then shifted so it came at us from the north, then somehow swung around and was coming from behind for a short bit, and finally settled so it came at us from the east, then SE.  It meandered from almost calm up to 9 mph, then abruptly gusted to 15 mph before dropping off again, only to repeat this same action over and over.  It did keep us on our toes.

We had 14 shooters today competing in 4 classes; Open PCP, Open Piston, WFTF, and Hunter PCP, which had 10 shooters.  A few of our guys were not here today because of traveling to Puerto Rico to compete in the Grand Prix match down there.  We wish them luck.

We set up 12 lanes of 2 targets each, for a 48-shot match, with lane 5 designated as the off-hand lane.  We were using the small-bore range due to the Cowboy Action shooting “End of Trail” event that will be using all of the ranges, and our usual venue, on the west side of the complex over the next two weeks.  The small-bore range is situated just to the east of the main public range and as such, we were serenaded by all forms of small and big bore powder burners doing their thing.  There was a LOT of ammo expended next door, and we jokingly commented amongst ourselves if they were actually hitting anything.  I think I can truthfully say that we were having a lot more fun and hitting a lot more targets than they were, and doing it much more quietly.

We did have a number of tied scores that were decided by counting the number of “x’s” before the first miss, using the shooter’s starting lane as the basis. 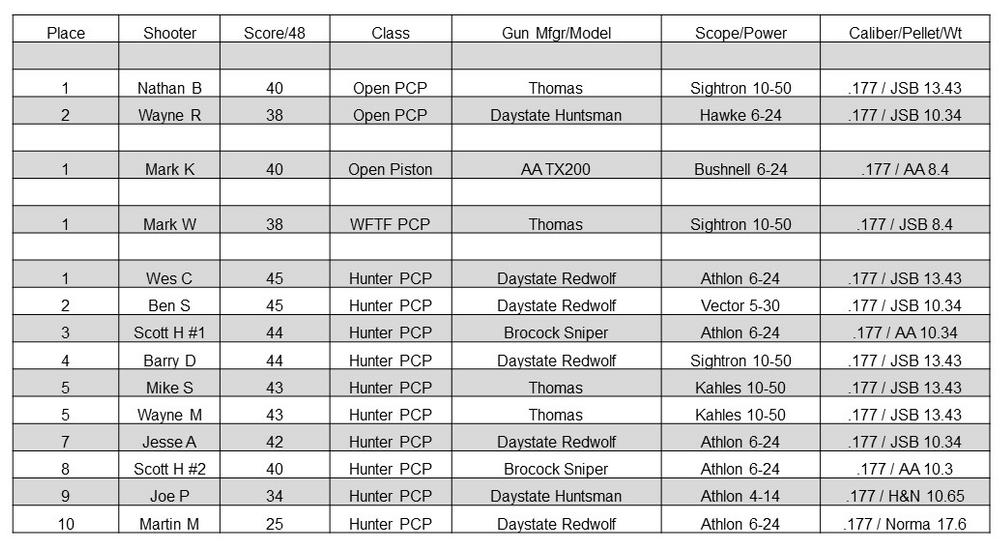