Next match will be next Saturday at Ben Avery range, which was scheduled as the back-up in case we could not shoot this Saturday at Mormon Lake.  The August match is scheduled for the 15th at Mormon Lake.  With the monsoon season starting to drop precipitation from the skies, we should not have any problem with fire restrictions for next month.  The only other foreseeable problem we could have would be due to the Covid-19 situation that could restrict our access to the national forest should the government decide to close it or impose further restrictions.

Immediately after the match, the targets, blocks, stakes, strings and clamps were all gathered and put away……just as the skies started to grumble and a storm threatened.  A good number of shooters took this as a reason to head for home before the awards were even handed out.  If you have an award coming, we will save it for you until next month.

Kent, my shooting buddy for the match 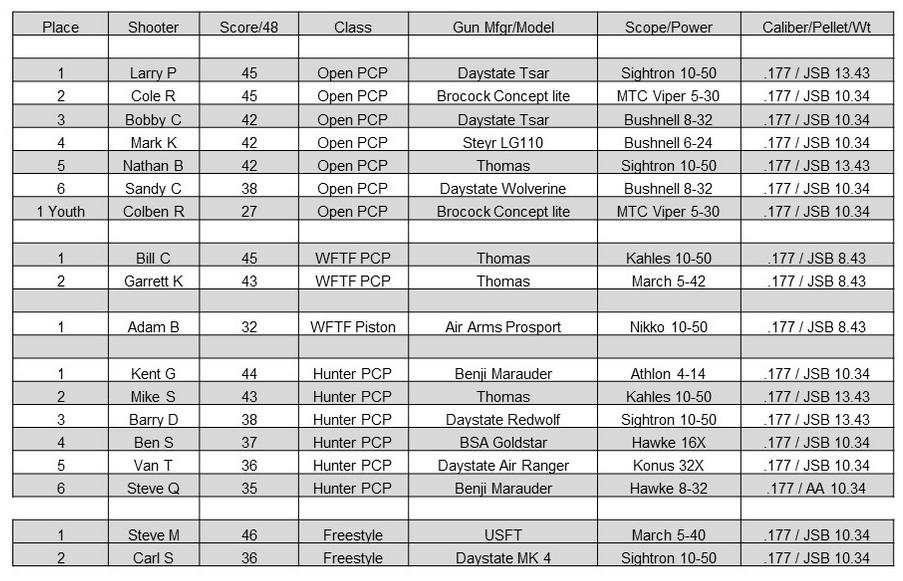 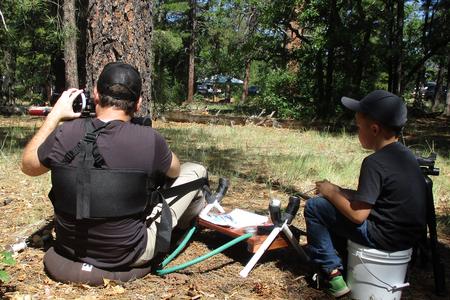 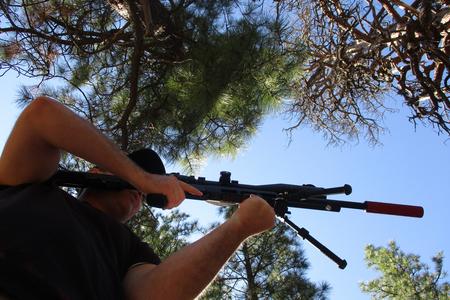 In lieu of a group photo, this is Samson, deperately looking for someone to play frisbee with.  With the impending storm approaching at the end of the match, most shooters took off right away.  Thanks to Mary Ann, our treasurer (aka; Miss Moneypenny, for taking the photos. 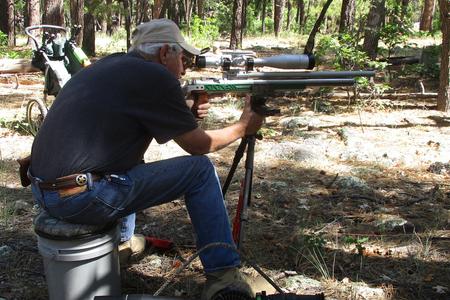 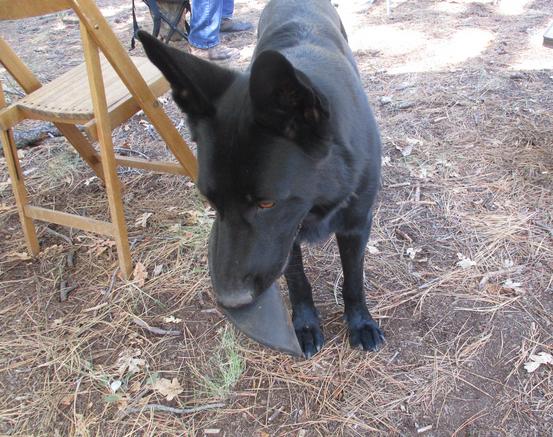 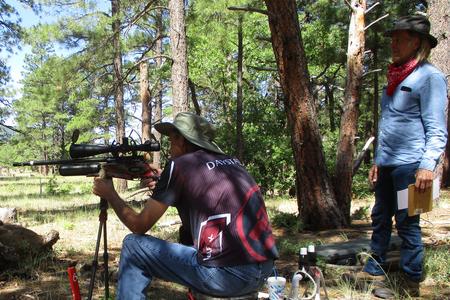 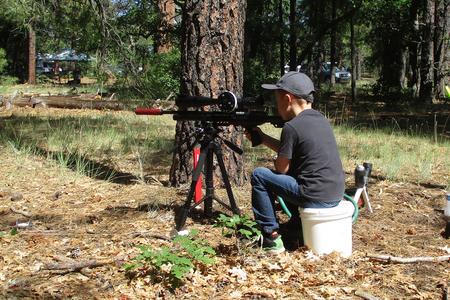 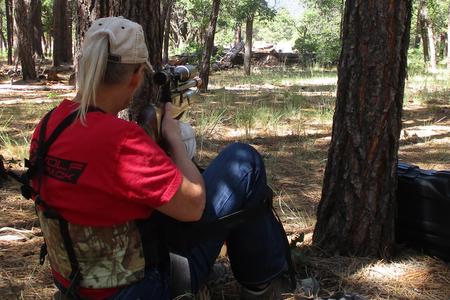 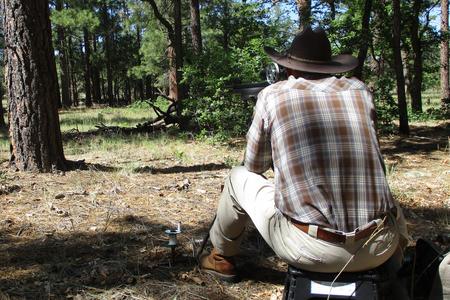 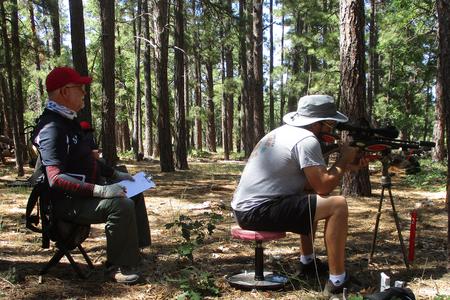 Colben showing that he can shoot with the big dogs

We made it!  Fire restrictions stayed at stage II for the Coconino National Forest, so we were able to have our July field target match at Mormon Lake.  Had it gone to stage III, we would not have been able to shoot, so we made a pre-emptive move and scheduled for next Saturday at Ben Avery range……just in case.  As it stands, we will shoot at Ben Avery range next Saturday as well, for all who are interested.

Upon arriving on site Friday at noon, several members were already there and had their campers set up.  Having not been here since last October, the air smelled fresh and fragrant with the scent of pine!  We immediately got to work setting up the course.

To the south and east of the camping area, we set up 12 lanes in an open box configuration; 5 lanes on the west side, 2 lanes across the south side, and 5 more lanes on the east side.  The west and south sides allowed us more open area for the longer distance targets, while the east side permitted us to set the closer targets in the heavier vegetation.  This would allow us a short distance to walk from lane 12 to lane 1 while still keeping social distancing in mind.  None of the lanes were too close nor too far apart.

Bobby set up the entire site in range, along with some novelty plinking targets.  Steve M, Kent G, Cole R and his son, Colben, and Barry D set up the match course.  According to Troyer ratings, we had targets as low as 15T and as high as 40T, with an average of 29.23 for the 48-shot course.  We had no sooner finished setting up when the sky started to rumble and we would get a much-needed steady rainfall that lasted a good hour or more.  The temperature took a nose dive from mid-80’s down to 53 degrees!

Saturday morning dawned bright and clear with nary a cloud in the sky during sight-in and shooters meeting.  It was comfortably warm albeit a bit muggy.  The cloud cover would eventually move it as the match progressed.  We ended up with 18 shooters; the youngest being Cole’s son, Colben, age 6, and Doc Shrader (retired M.D.) at age 85.

In Open PCP, we had 7 shooters.  After breaking the tied scores, Larry P finished first with 45, Cole R second with 45 and Bobby C third with 43.  WFTF PCP had two shooters, with Bill C taking first with 45 and Garrett K second with 43.  Adam B was the sole WFTF piston shooter finishing with 32.In Hunter PCP class there were 6 shooters, with Kent G shooting 44 for first, Mike S shooting 43 for second, and Barry D shooting 38 for third.  Freestyle had two shooters with Steve M, match director, shooting 46, with Doc Shrader shooting 36 for second.