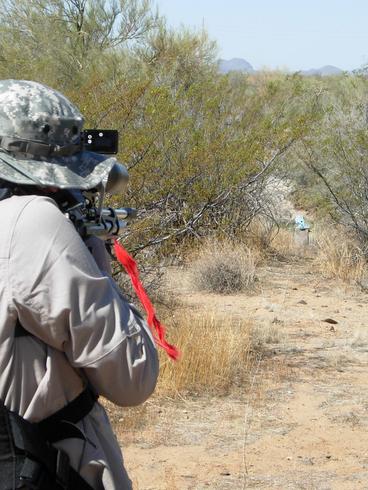 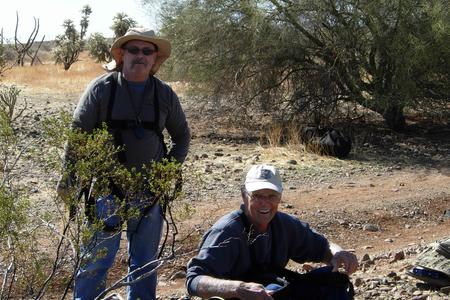 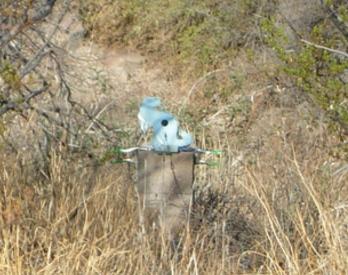 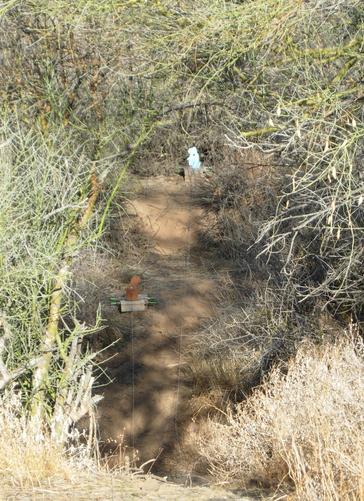 Many thanks to Mike, Wayne, and Terry who helped on Friday to set the course.  It took us all of 30 minutes start to finish.  All the blocks were reset and leveled earlier in the week so it was just a matter of setting and clamping the targets.  Everyone helped to pull targets and roll up the strings afterwards.  At some point between now and next month, we will repaint the targets and all will be in readiness for the next match.  Thanks to all for helping.

Next month’s match will be Saturday, April 21 at Ben Avery range.

Steve and Ben.  Yours Truly is taking the pics and is part of this squad  Notice the wind flags and Ben's hair

We contested 4 classes today.  Beverly, shooting in her first FT match, was the sole competitor in Hunter PCP today.  Bill and Terry had their hands full with the wind shooting 12 fpe in WFTF class with Bill prevailing for the win.

Four shooters battled in Freestyle class with Mike winning handily.  Mike also shared his gun with new shooter G.W. (seriously, that is what he goes by), who ended up taking 2nd place!  We had 8 shooters competing in Open PCP this month.  After having my CR-X recently resealed, I decided to put aside my piston gun this month to give the Daystate some range time.  I have not shot it in a number of years but ended up winning the class this month.  Seems it still shoots pretty good!  Bobby and Scott tied for 2nd place.  With as windy as it was at the end of the match they were both content to concede placement to each other.  Bobby also was sharing his Daystate Tsar with wife Sandy this month. 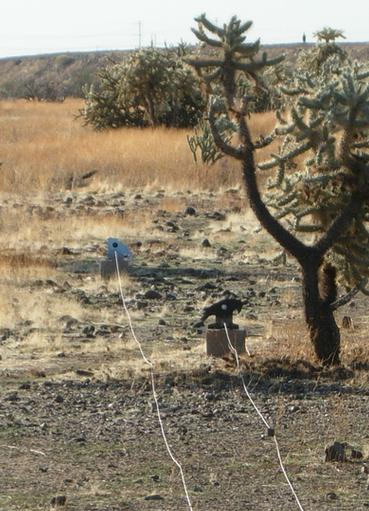 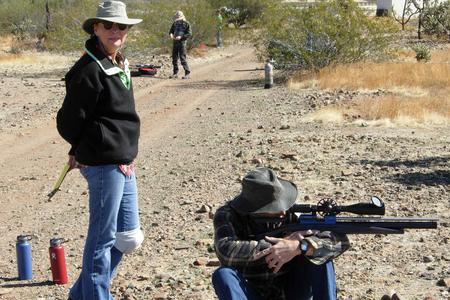 Steve D on one of the standing shots on Lane FOUR 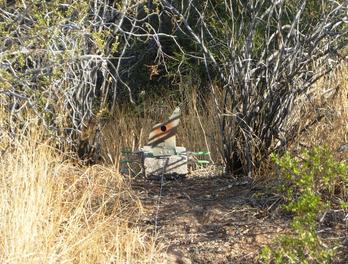 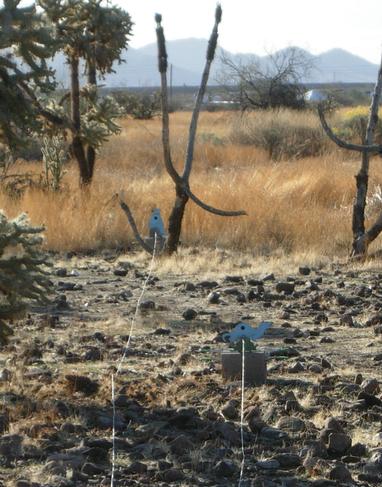 Tis St. Paddy’s Day, and 15 of the club’s shooters gathered in the late winter sunshine to enjoy a day of our favorite pastime; shooting and knocking down the little steel critters.  We would have had 16 shooters, and did, but it seems as if a sneaky leprechaun made off with Paddy O’S’s scope data.  He raced home to rummage about to find it, but to no avail.  He did come back to rejoin us towards the end of the match, but still did not find it.  We seem to think it is hidden in that elusive pot ‘o gold somewhere.

It was a fine day, with high, puffy cumulus clouds and bright sunshine in a sapphire colored sky.  A dozen or so colorful hot air balloons decorated the skyline and the temps were in the upper 50’s and would warm to the upper 60’s by the end of the match.  It was most delightful during the sight in period just before the shooters meeting…..and then the wind came up.  It is as if Mother Nature let loose those pesky leprechauns to toy with us today and I could swear we heard their laughter coming from behind every bush.  In reality is was all the kids over on the FITA archery range having a good time. 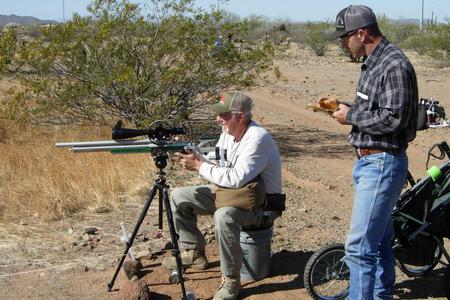 Lane SEVEN looking SW.  That is a pink elephant at 50 yards 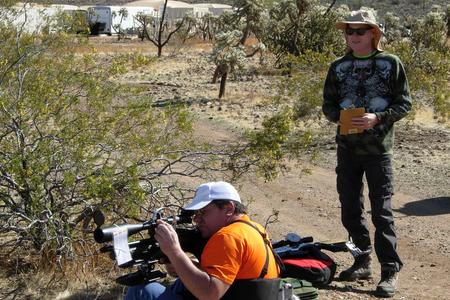 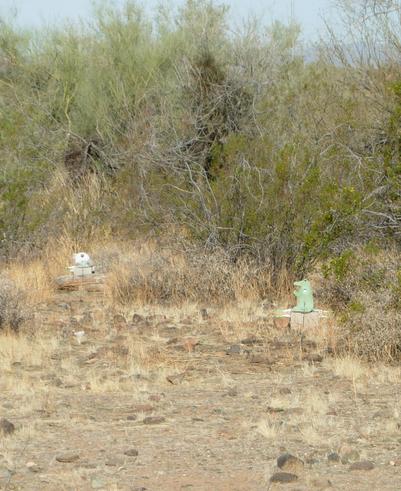 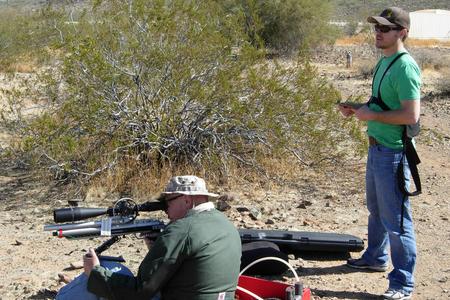 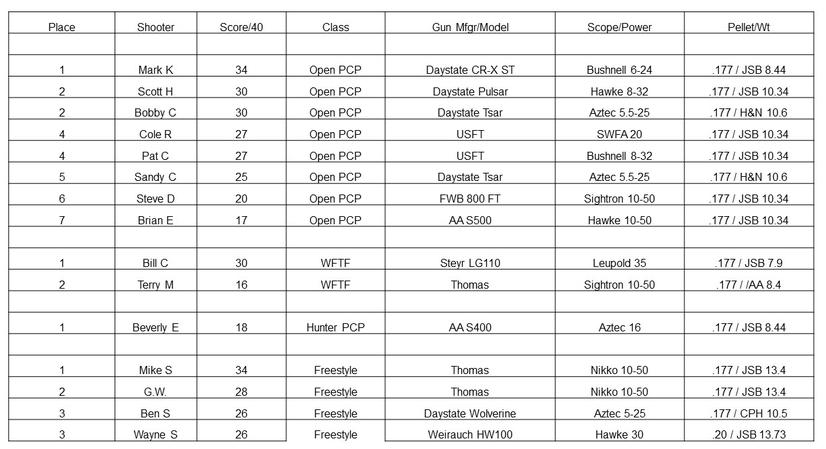 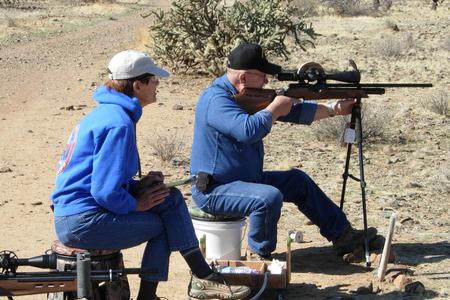 Lane ONE looking NW across the wash 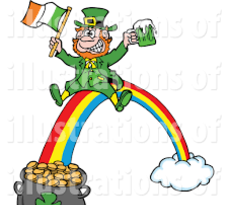 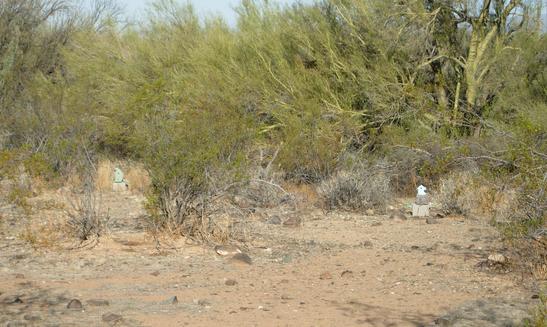 Ten lanes of two targets each were set on either side of the two-track, with some targets set across Dead Man’s wash.  We had one lane designated as an off-hand lane, with all targets set between 14 yards and 50 yards.  The Troyer factor was calculated at 31.21 in windless conditions with a standard deviation of 4.24.  With the wind it increased to a 38.57 Troyer.  It was a real woolybugger!  At one point during the match, I pulled out the Caldwell windmeter while waiting my turn to shoot.  It was jumping between 8 and 13 mph and coming from variable and rapidly shifting directions just in that momentary time frame.  It felt as if it gusted higher at times, then paused only to buffet us once again.  At least it wasn’t cold.

I will let the pictures tell the remainder of the story with views of each lane taken before shooting started.  We have found that the targets painted an aqua color with black KZ tend to stand out in all conditions.  We even had a pink elephant!  It was fortunate that these photos were taken beforehand because the targets looked like they were hit with shrapnel afterwards. If nothing else, it will give the reader an indication of the course layout with the camera zoomed out to pick up the targets in the distance. 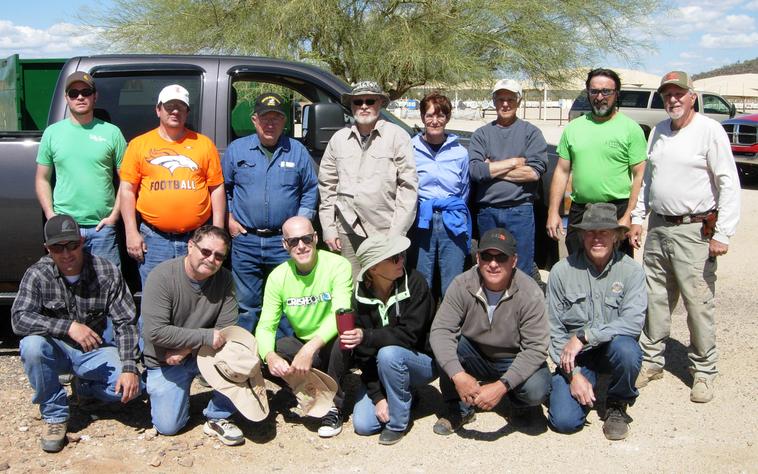 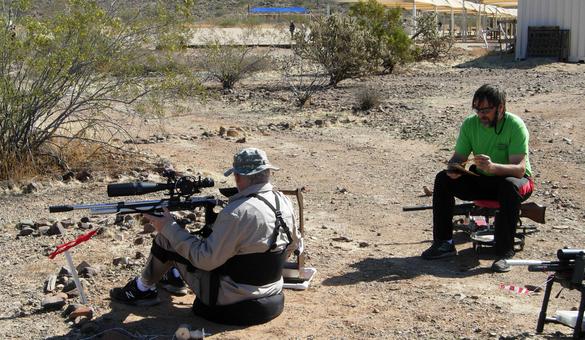 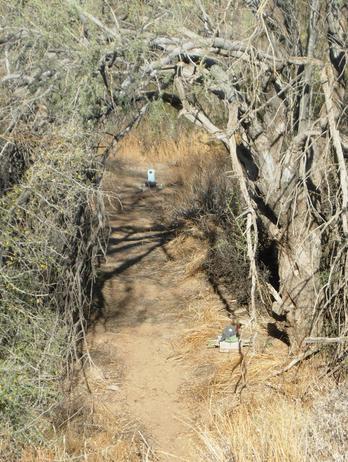 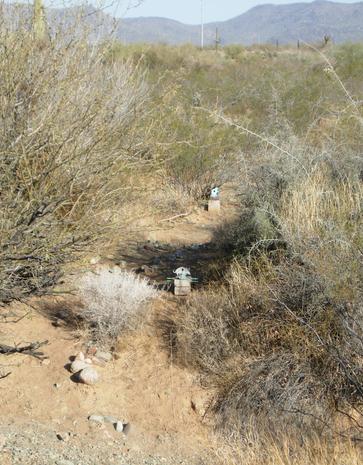 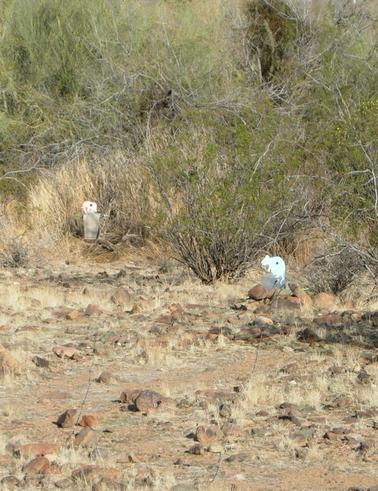 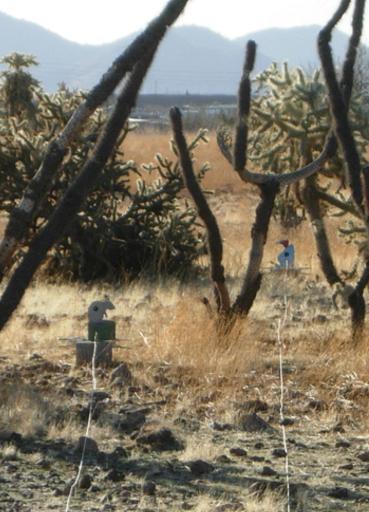