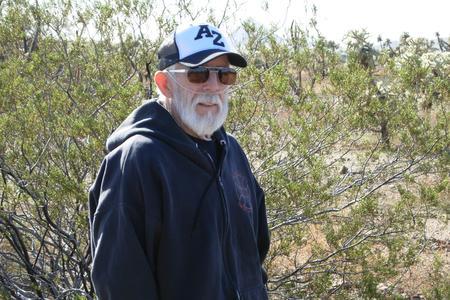 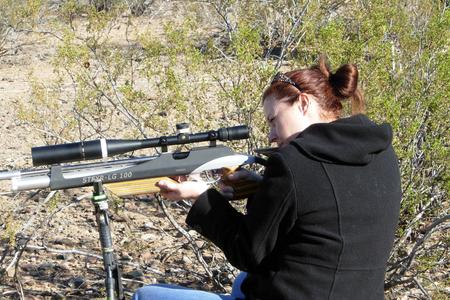 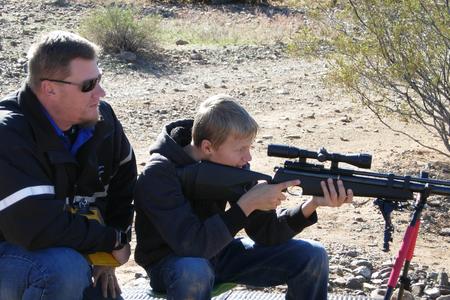 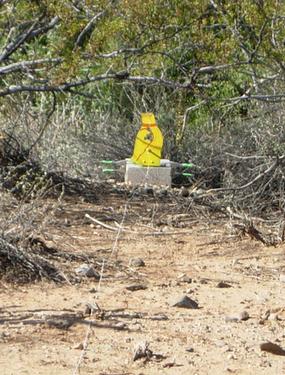 Our last monthly match for 2016 was held this date at Ben Avery Range in north Phoenix under clear skies, cool temps and “light breezes”.  The temps at start time were in the low 40’s but warmed to the mid 50’s by the finish.  Winds were variable from 3 to 7 mph with “sudden” gusts of about 12 mph.  It wasn’t much, but enough to frustrate a few shooters.  It was a delightful day for shooting regardless of how bundled up some of the shooters were.

Don and J.D. assisted two weeks prior to get the course cleared and concrete blocks set and leveled.  The day before the match it rained, not much, but maybe enough to scare some shooters away.  Don and I set the targets inside of an hour and we were ready to go and only got a little moist.  Match day dawned later than expected, but Don, Wayne, and I got the strings stretched and the sight in range ready to go, all by 8:00 am.  At 9:45 we had the safety meeting and lane assignments for the 21 shooters in attendance, and were almost ready to go by the 10:00 start time. 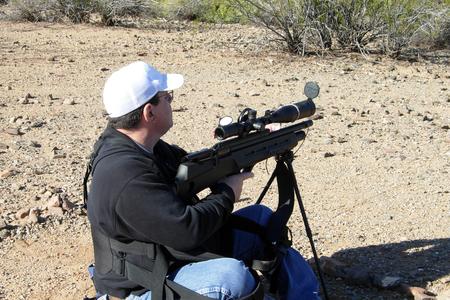 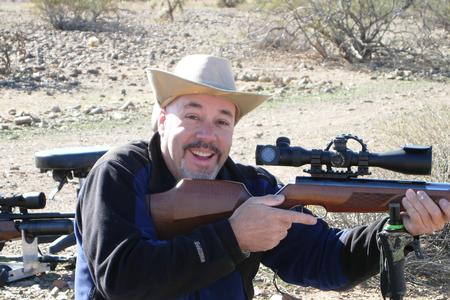 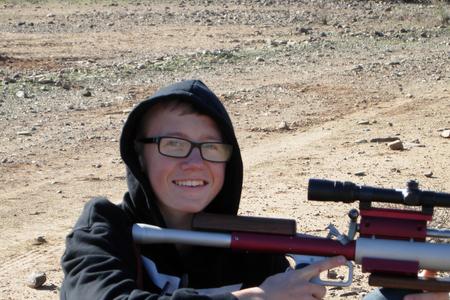 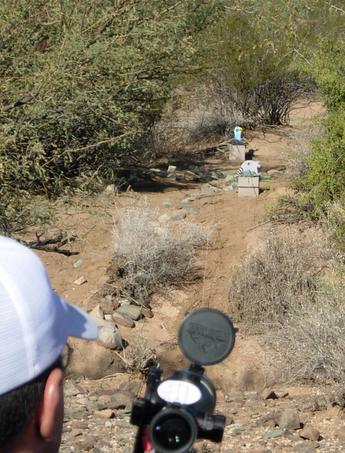 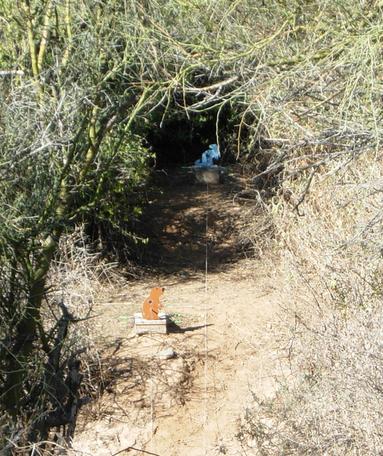 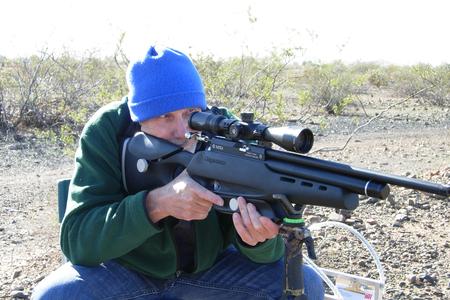 Back row, L-R; Mike (the old man), Wayne S, Larry P, Scott, J.D., Alex, Sonja, Nathan, Ethan, Elizabeth, Larry S, Wayne R, and Doug.  Mark even made the group shot this month.  He is the shadow in the foreground holding the camera. 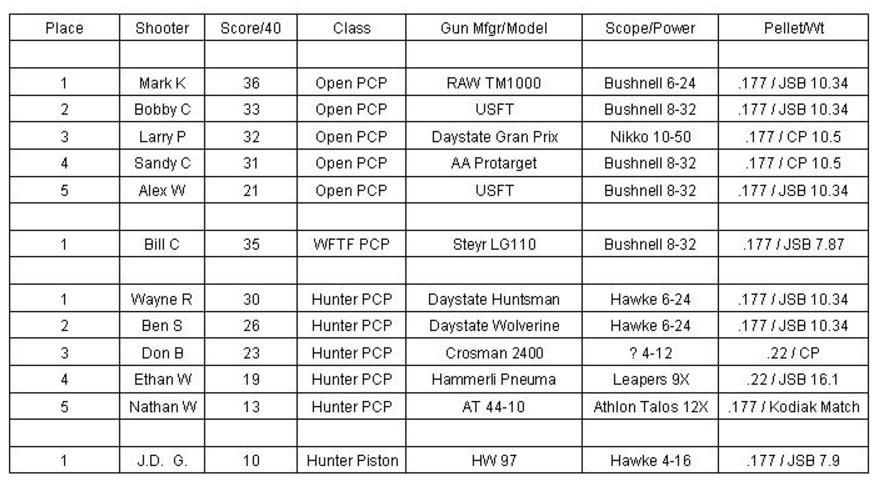 Ben - Hunter PCP - Claims he doesn't like his picture taken 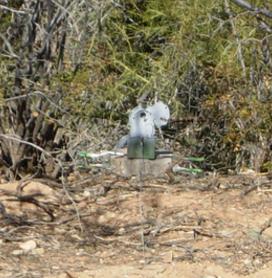 View looking north from Lane 10 back toward lane 1 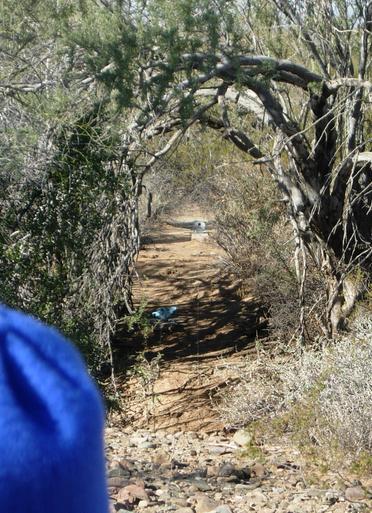 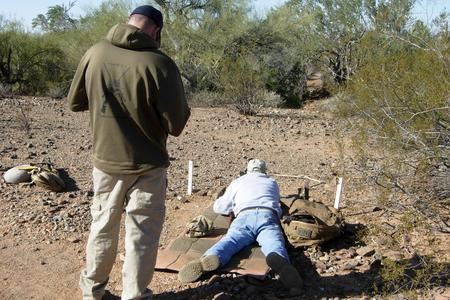 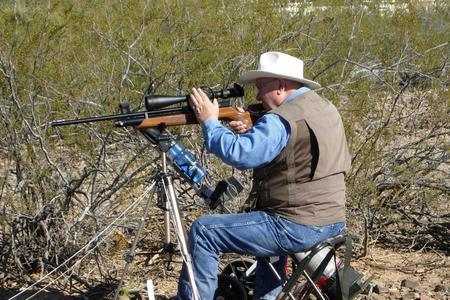 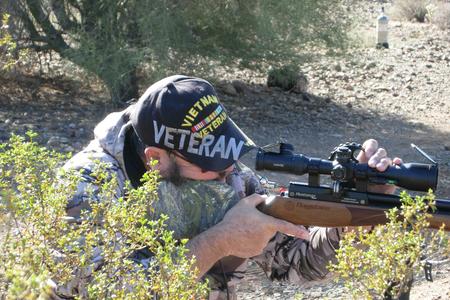 Ten lanes with 2 targets per lane were set facing the west side of the course.  We tried some new target color combinations and decided that the aqua blue, with black kill zone stood out the best in all lighting situations.  Also, Airguns of Arizona picked up the match fees for all the shooters this month again.  We are very grateful for their commitment in helping the Airgun sports continue to grow. 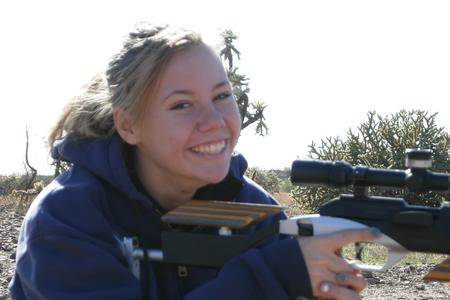 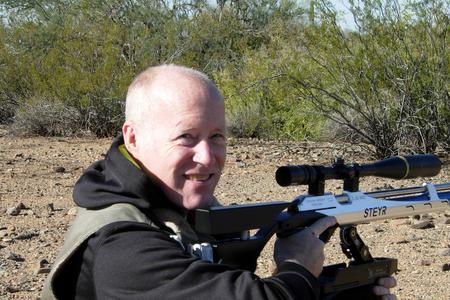 With the lanes in a row, and the squads rotating from lane 10 back to lane 1, there was always a bit of visiting and good natured banter when passing each other.  There was also some pretty good shooting being done, as well.  Wayne S., our newly elected club VP, scored the match high score in Freestyle class with a 37/40.  I caught him a couple of times with a not-so-subtle smile on his face.  Also in Freestyle, Steve and Doug, a new shooter, tied for second and third, which forced a shoot-off.  That was settled afterwards with a ¾” killzone target at about 45 yards…..with a crosswind.  Doug prevailed for second place and some fine shooting.

In Hunter PCP, Wayne R took first with a 30/40, J.D. took first in Hunter Piston with a 10/40, Bill took first in WFTF PCP with a 35/40, and Mark took first in Open PCP with a 36/40.  Nathan, Elizabeth, and the three youngun’s were all shooting as well.  Sonja, took High Youth, outscoring her two brothers.  The kids looked they were having a good time, as were mom and dad!

And on a final note, Airgunners of Arizona wishes everyone a very Merry Christmas and a Happy, Healthy, and Prosperous New Year! 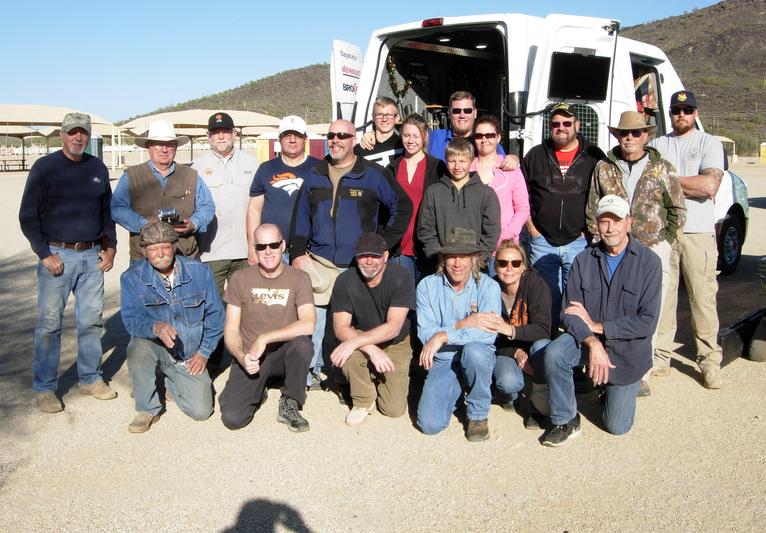 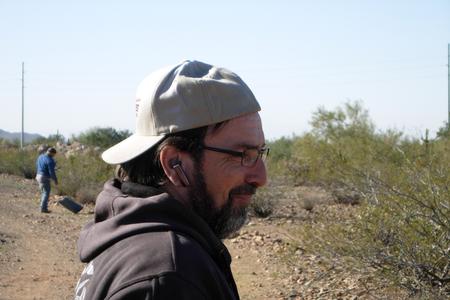 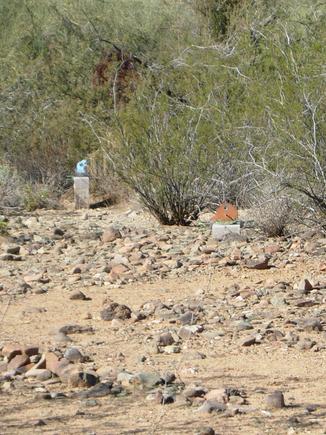 Shooting finished, shoot-off contested, targets collected, and awards were then presented.  Everyone present chipped in and pulled the targets, strings, and stakes from the last lane they shot on, so collection and storage took next to no time at all.  Thanks to all the shooters for helping.

An anonymous sponsor donated an air tank cover to be raffled off.  The score cards were shuffled upside down and one card was drawn.  Bobby was the winner and has to be the luckiest son-of-a-gun that I have ever met!  Mystery person, whoever you are, Thank You! 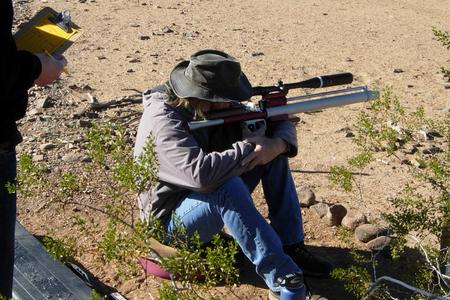 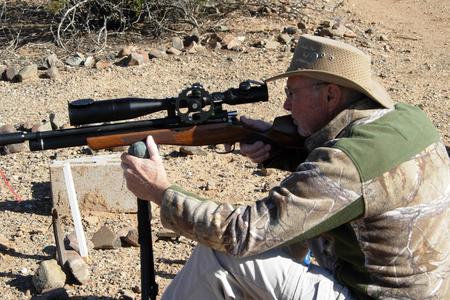 Larry N. - One of our favorite older members who came to visit. 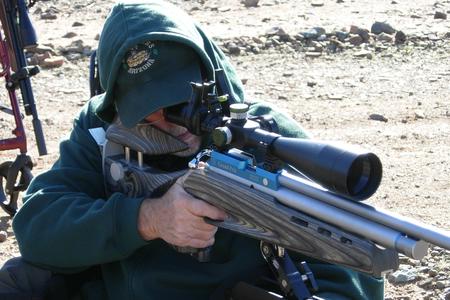