After the match, the targets were put away and awards were presented.  As mentioned earlier, the movie “A Christmas Story” is a throwback to much simpler times and the rationale for wanting to shoot our spring piston guns today.  Along those lines, we had some special prizes to present.  We shuffled the scorecards, face down, and drew three of them.  Mike B became Ralphie Parker for the day and winner of a Red Ryder BB gun and supply of BB’s which was donated by Airguns of Arizona.  Larry Piercy, our club president and also national sales manager for Precision Airgun Distribution was on hand to present this.  A big thank you goes out to Airguns of Arizona for their generosity.  Larry also had the PAD van on site which had plenty of attention from the participants.  Thanks Larry.

We also presented a “Major Award” to Tom M.  This was in the form of a 20” desk lamp replica of the same lamp that Ralphie’s father received in the movie.  I would love to see the look on Natalie’s face when he walks in the door with that!  For those who have seen the movie, no explanation is necessary.  For those who haven’t, it is aired almost continuously in the days before Christmas on at least one of your local TV channels.  It is a classic and one of my personal favorites.  This leads us to our third prize, which is a DVD of the movie and was awarded to Wayne R.  I thought for sure that the obvious hints given prior to the match would result in someone knowing what was going on.  I was dismayed that only a few knew anything of the movie, Ralphie’s desire for wanting a Red Ryder BB gun for Christmas, or any of the other hilarious goings-on that occurred during the film.

Paul J shooting his TM-1000 with Larry P scoring.  Paul went on to shoot a very respectable score and joined the club. 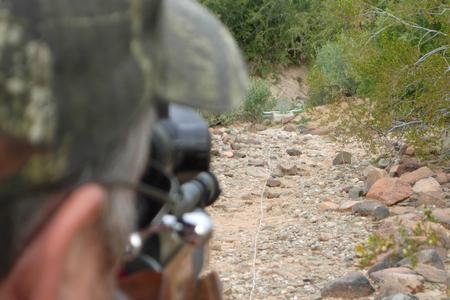 Bobby C and JD comparing notes.  I think we will see more of JD in the future. 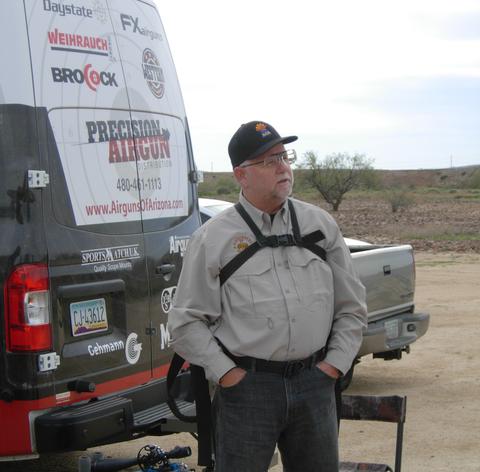 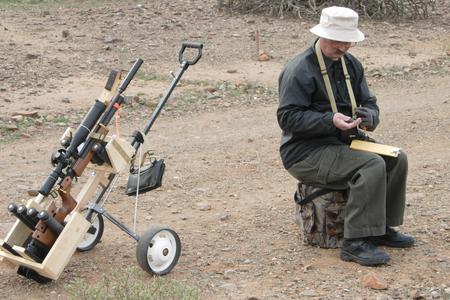 Back in August and September, a few of the club members were sitting around discussing how we could get more folks involved in the club and field target shooting in particular.  We realized that not everyone has a PCP gun and that there are a LOT of spring piston guns out there, but guys don’t use them thinking they can’t compete with the pre-charged guns.  We talked about having a piston match at some point in the future and things worked out that we would try to have one this month.

Being that the match was so close to Christmas AND that my favorite seasonal movie of all time, “A Christmas Story”, will be aired very soon, plans were put into place to make this match a bit more special.  More on that later, but let’s focus on the match right now.  As you might tell from the photos, the sky was heavily overcast with high clouds that kept the sun at bay, and the temps at the beginning of the match were in the high 40’s and would rise to the low 60’s as we were leaving.  And get this, there was no wind!  The air was calm with maybe a little breeze, but nothing to even move the bushes.  This doesn’t happen here often, but when it does, it makes for some amazing shooting conditions.

Larry and the PAD van.  Thanks for bringing it to the match and thanks to Airguns of Arizona for donating the Red Ryder BB gun. 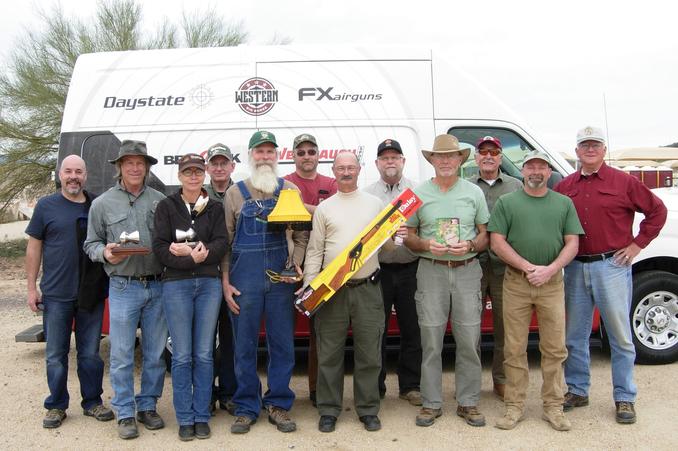 We had 10 lanes with 2 targets per lane, for a 40 shot match.  The course was set up a bit easier than past months and was calculated to be a 29.65 Troyer; just at the top end of the “moderate” range, and with no forced position shots.

Sandy, bundled up as if it were winter, and shooting her AA Protarget to an Open PCP class win, with Tom M scoring. 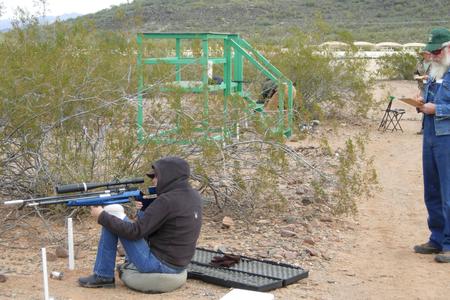 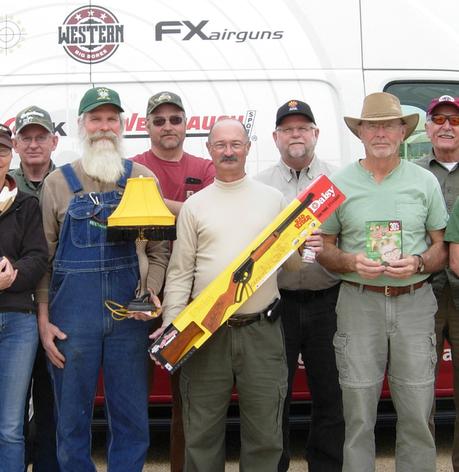 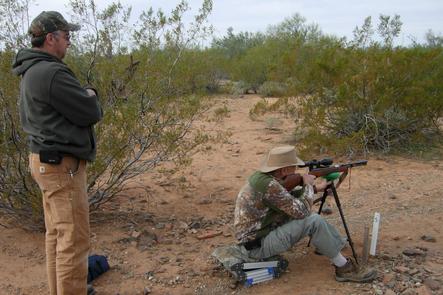 Michael scoring for Steve and awaiting his turn to shoot.  He shoots a CZ S-200 in Hunter PCP class and has quite the hand made arrangement to transport his equipment

Tom M shown holding the "Major Award" lamp, with Michael in the middle holding his Red Ryder BB gun, and Wayne on the right with his DVD of "The Christmas Story".

Carl R, shooting big brother's Daystate Huntsman and winning Hunter class.  Carl lives in Washington and visits with us once a year and ALWAYS has a good time. 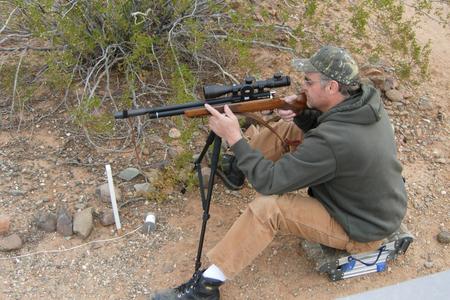 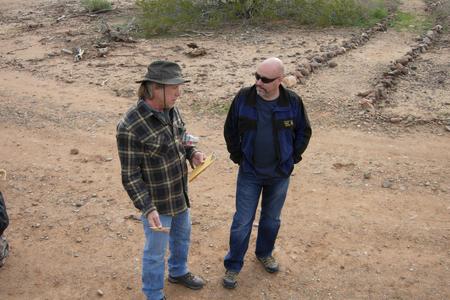 Mark, shooting his TX-200 underneath the portable platform that is used by the 3D archers.  The archers use our course occasionally to shoot their events 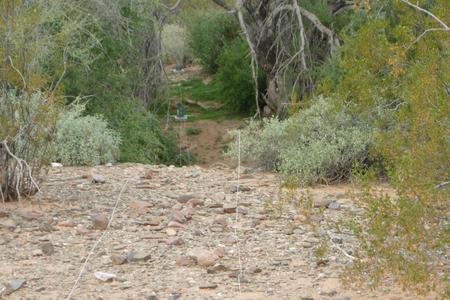 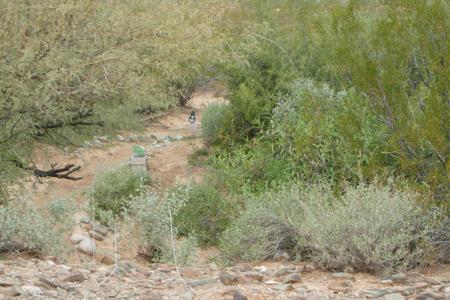 After our obligatory shooter safety meeting and lane assignments, we were on our way.  I was paired up with Bobby, “da machine”, this month.  I swear he has ice water running through his veins.  He, along with Steve, Wayne, and me, took the challenge to shoot our piston guns.  He ran his first five lanes clean until he missed the last shot of his sixth lane.  I thought he was going to clean the course, but ended up dropping only 3 shots and taking first place in Open Piston class.

In Open PCP, Sandy missed her very first shot, and then proceeded to not miss another for the remainder of the match.  She took first in her class and the overall match winner.  Also noteworthy was the fact that Paul, our new shooter, scored a 36 for his first match, and didn’t think he shot very well.  That is phenomenal shooting!  He was so impressed that he joined the club right then and there.

Hunter class was no different.  Wayne’s little brother, Carl, who is visiting from Washington State, used his brother’s gun and went on to win Hunter class with a score of 31 out of 40!

We double dog dared our group to bring out their spring guns when we sent out the monthly match reminder, and 4 of the 10 shooters did just that.  We had a good mix of classes as well; Four shooters in open PCP, 3 in open piston, 2 in hunter PCP, and one lone hunter piston shooter.  We combined the hunter shooters into a single class.  Our 5th Open PCP shooter had major issues with his gun (it’s hard to shoot when it doesn’t hold air) and opted to be the official photographer for the day.  Ric will get his gun operational and be ready for next month. 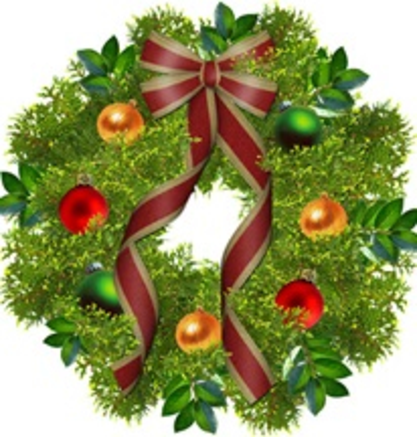 To make sure that no one left empty handed, the club distributed a stash of pellets that we had to everyone who attended and wished each other a very Merry Christmas as we parted company until next month.

Here is a hope that every kid, regardless of age, gets their very own Red Ryder BB gun for Christmas this year and with only one admonition; Don’t shoot your eye out!

Respectfully submitted and with a Merry Christmas to all,

Here are a few assorted down range shots that show target placement and terrain conditions.

We had two new folks in attendance today as well.  Paul was finally able to get his schedule to cooperate and drove down from Prescott to be able to shoot with us for the first time.  JD found us via the club website and a fortuitous visit to Airguns of Arizona, and is a recent transplant from Rhode Island.  He came out and stayed the entire match, learned a bunch, met and chatted with everyone, and had a great time.  He is a funny guy and will make a great addition to the club.  Can’t wait for him to meet John; that should be a hoot!  We do have a very interesting and diverse grouping of personalities within the club and, as such, have a great time when we get together!