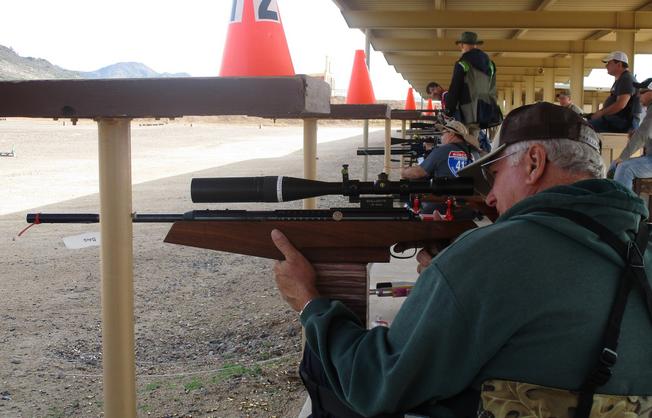 Peykan was our only Freestyle shooter this month.  He would finish with a 39!

What a gawdy looking gun!

View along the firing line.  Such intensity! 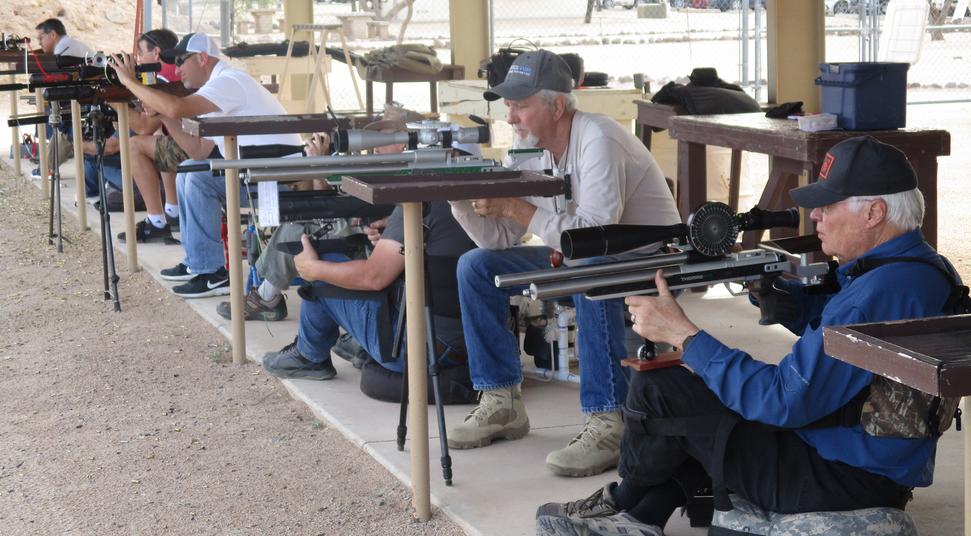 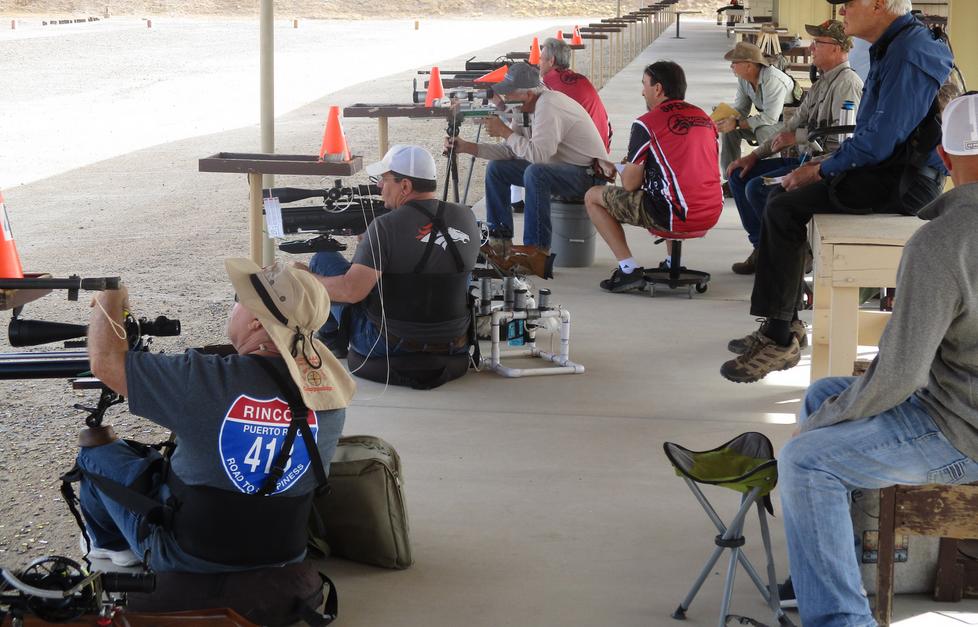 No group shot this month, so here is a shot of the sight in range.  Lotsa high priced toys!

Note the wind flag straight back and off to one side.

Next match will be Saturday, December 21, same place, same time. 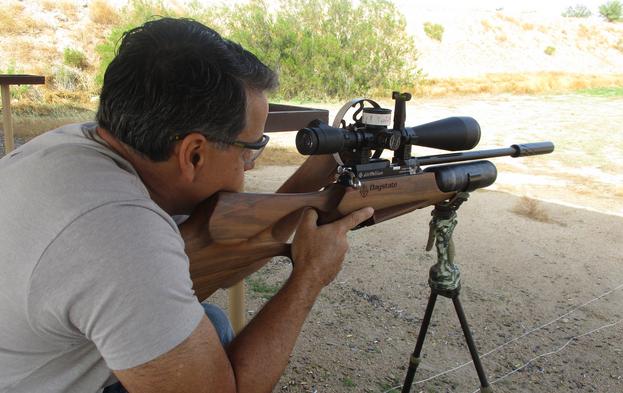 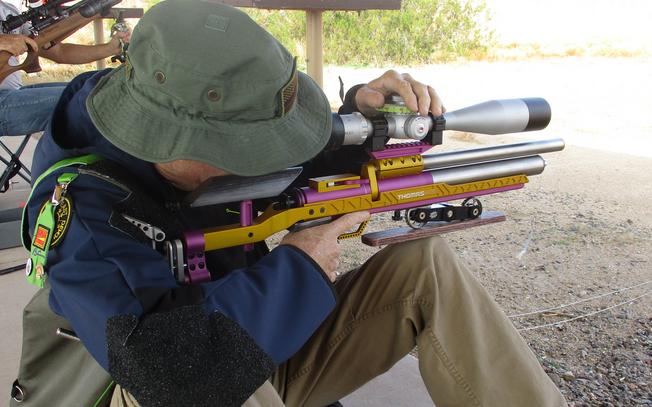 We had 11 shooters in attendance today, with Pat coming from Las Vegas, Bill coming from Lake Havasu, and Doc Benson coming from Flagstaff.  I was surprised to see Doc, and said so.  His response, with a smile, “Hey, I’m retired now!”  We were not sure how many would attend due to the construction road closure on 1-17 between Phoenix and the range, but the diehards showed up, even if alternate routes were clogged.

The skies were cloudy, but still with plenty of sunshine.  The temps were pleasant; sweatshirt weather, that would warm into the mid 70’s by the end of the match.  The NWS called for calm to 5 mph winds, and it was calm……right up until the match started!  They were steady, no gusts this time, but switching directions, going calm, then hitting us from another compass point.

Shooting with Bill, he let loose a shot in calm winds at the firing line, but missed.  “How’d I do that?”, and then the wind hit us from down range.  Frustrating.

The scores for everyone shooting PCP guns were good.  Only Bill and I seemed to be adversely affected.  Of course, we were shooting 12 fpe guns, and it was the first time that I had Miss Diana out dancing in a while.  She behaved herself nicely, but the “breezes” still played with the pellets.  Good times, regardless.

The old man (Mike) still showed us all how to do it by nailing a clean score on the 40-shot match.  Without wind, the Troyer was 29.97.  With the wind, it was a bit more, but obviously doable.  Good shooting, Mike.