We were bumped from the pistol silhouette range on the far west side of the range complex (due to another event) to the smallbore range on the far east side, right next to the public range.  Ben Avery Shooting Facility is quite busy all the time and the public range was heavily populated today……..and NOISY!  It sounded like a regular rattle battle going on just to the west of where we shot.  We gave questioning looks at each other during the match, wondering if these shooters were hitting anything with both the speed that they were pulling the triggers and the HEAVY calibers that we were hearing.  Reload all week and shoot it all in 20 minutes.  I think the consensus was that pellets are a lot more accurate and a lot less expensive…….and we were having a LOT more fun. 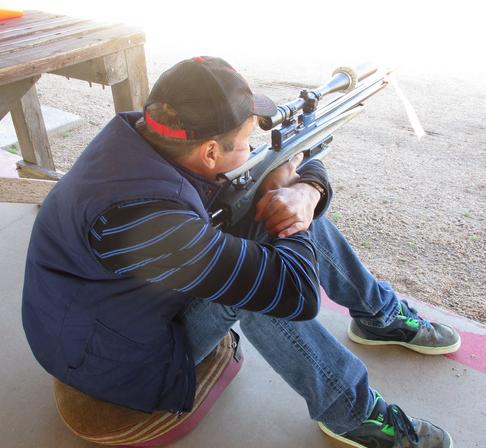 Terry was the only shooter in WFTF today, and yours truly was the only shooter in Open Piston.  Terry did OK, shooting a 36/48, but I sucked!  I had the itch to shoot piston, so I pulled out my TX200 for the first time in a long time.  Gotta spend more time with it, but it was still fun.  I am not going to share the meme that Old Man Mike sent to me via email, but from a former cop to a former firefighter, you can imagine the visual context.  Send me a request, and I will forward it to you.  It is kinda funny.

We had 17 shooters participating today.  They all must have done something right yesterday (Valentines day) to be allowed out to play with their BB guns today….LOL.  We were not sure who was going to show up, but gradually they all trickled in and pitched in to help set up the course, which was ready to go by about 8:30 am.  We did have a few surprises, too.  Steve M drove down from Flagstaff and shot, sharing a gun with the Old Man (Mike).  This is the guy who says Phoenix is too hot, so he shows up in 70 degree weather and continues to wear his parka!  Sorry Steve; had to get that in there. 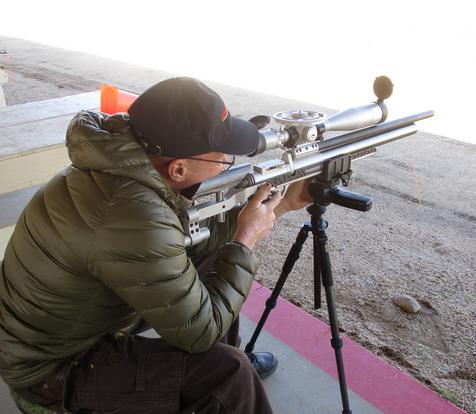 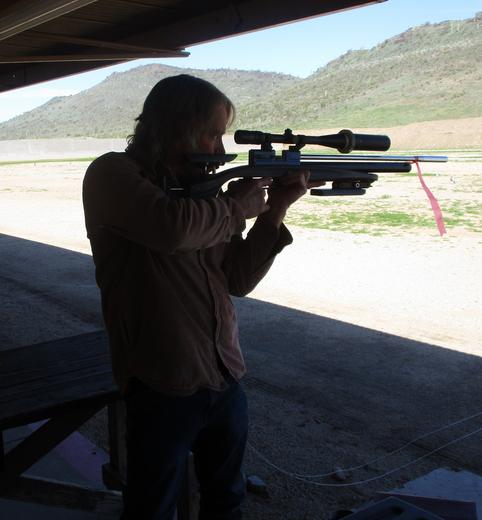 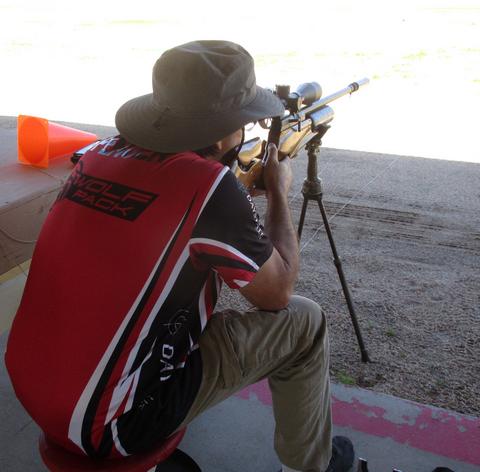 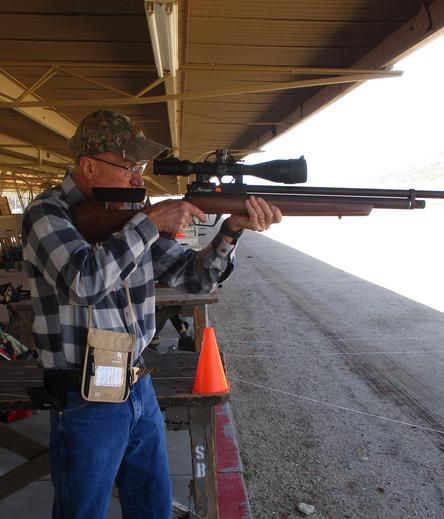 Sorry I didn't get any more pictures today.  We were spread out pretty much across the range and the sun was washing out the pictures that I was able to get.        MK 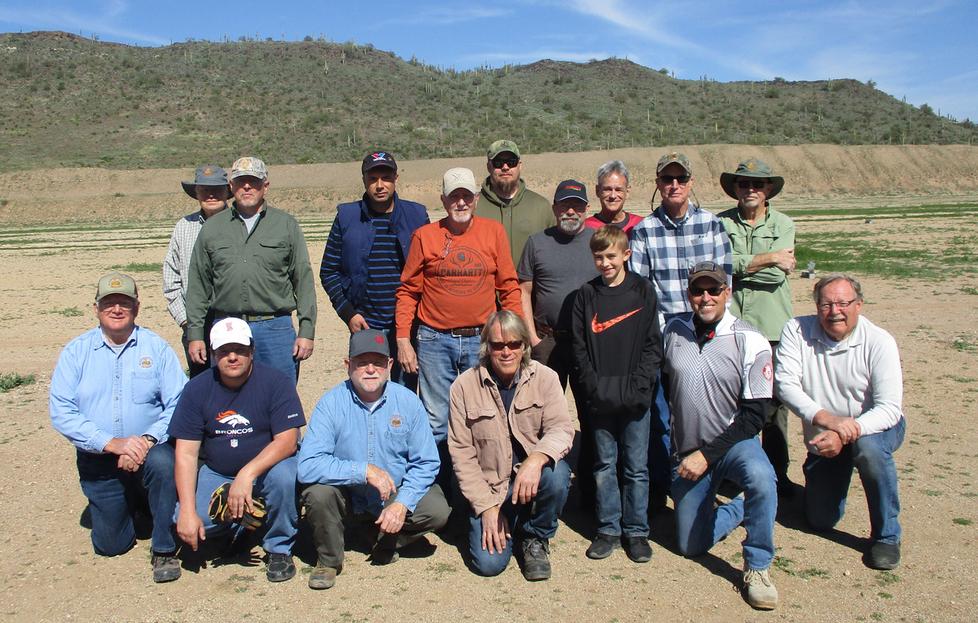 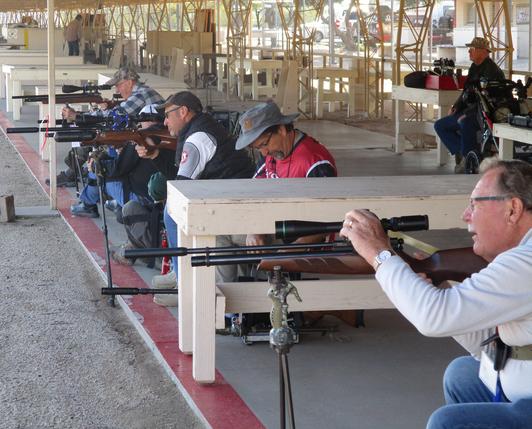 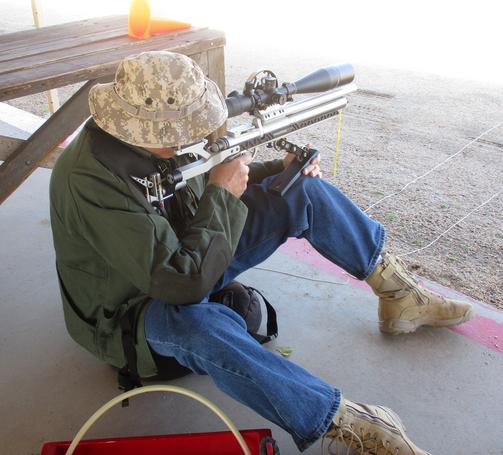 Jace shooting freestyle with his dad's gun.  Doug stanging behind

View across the firing line looking both ways.  As stated above, the sunshine was BRILLIANTLY Bright and washed out the picture.

In Open PCP class, there were 6 shooters Derek taking the top spot with a 45/48 and not having shot for the past 30 years.  He shared Bobby’s gun with Bobby finishing in 4th behind Scott and Nathan. 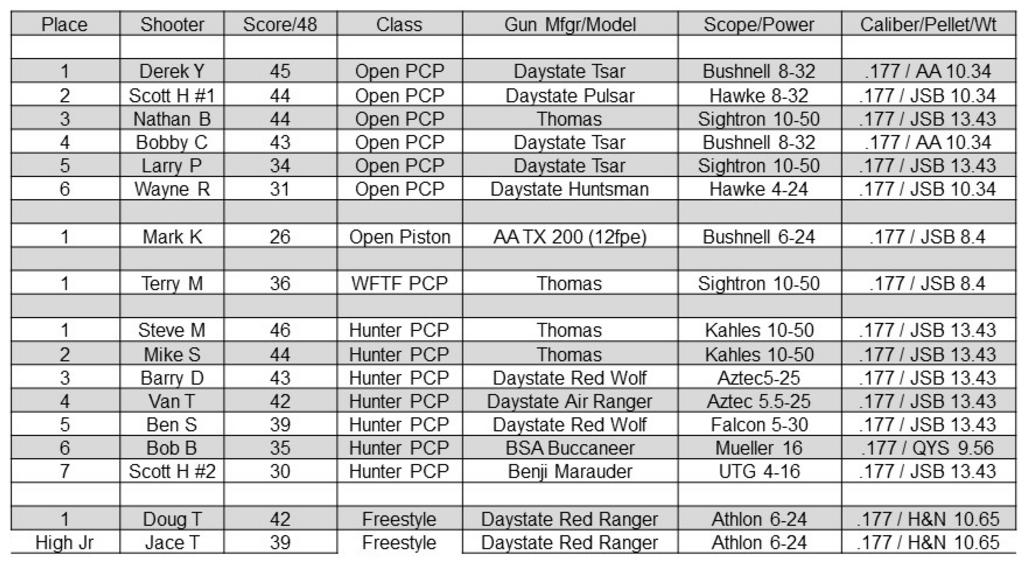 Doug brought his son, Jace along today and darn if Jace didn’t almost beat his dad in Freestyle class.  Only 3 points separated them.  I think that Doug is pretty proud of the little guy, who is growing like a weed.  That is the future of the sport, though, and good to see.

We also had Bob Benda shoot with us too.  He comes from OKLA ( V ) HOMA, (ask Bob what that means), specifically just outside of Oklahoma City.  Seems that now he is considering moving to Arizona.  I think he likes it here.  He sure liked the burgers at Wild Horse West afterwards.  I had the opportunity to shoot with him today.  What a character!  He would fit right in with our crew and not miss a beat.

We contested 5 classes today with Hunter PCP being the most populated with 7 shooters.  The aforementioned Steve shot with, and shared Mike’s rifle and ended up out-shooting Mike by 2 points and taking top honors with 46/48. 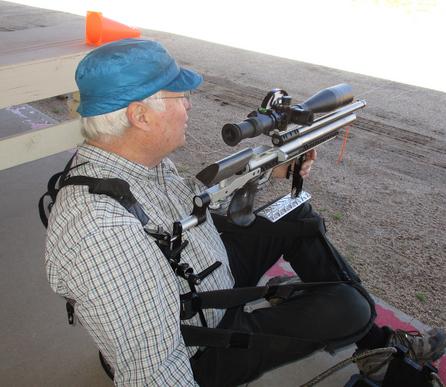 Next match is Saturday, March 21 and will be on Practical Pistol Bay “C” at BASF.  Yeah, we got bumped again, but it is next to the pistol silhouette range.

Thanks to Terry for helping haul all the targets and related paraphernalia from the storage container to the range, and to all the guys that helped set up and take everything down afterwards so we could store it away until next month.  With so many hands chipping in, the job gets done in very little time and is greatly appreciated.  You guys are the best!

Thanks also to our club Prez, Larry P, who brought the AOA van with him and was filling up air bottles for the troops after the match. 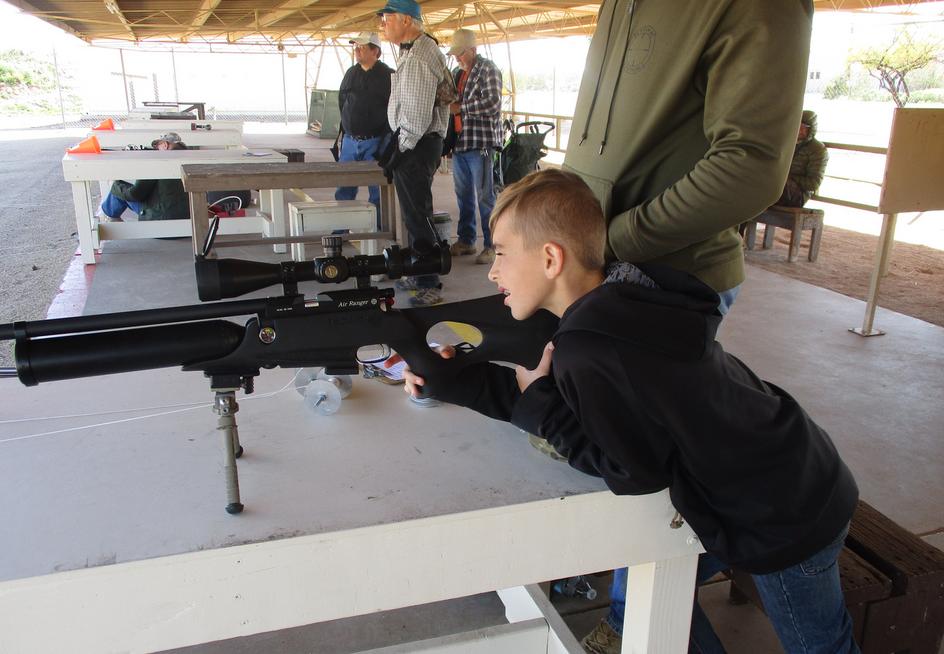 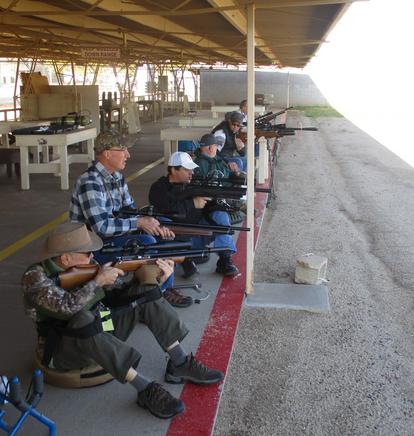 It is the middle of February and the rest of country is locked in the midst of winter.  Today, in Arizona, it was…..mild!  the temps started in the high 50’s and warmed to almost 70.  High wispy clouds decorated a blue sky with BRILLIANT sunshine.  It was BRIGHT, blindingly BRIGHT!  I thought for sure all the pictures were going to be washed out, but they came out OK.  Also, the wind was almost non-existent.  It was enough to bend the reset strings to the targets, but barely perceptible otherwise, and most of that because where we shot from on the firing line was blocked by the range building behind us. 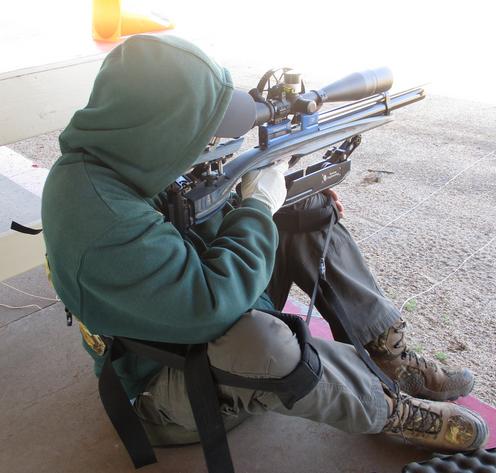