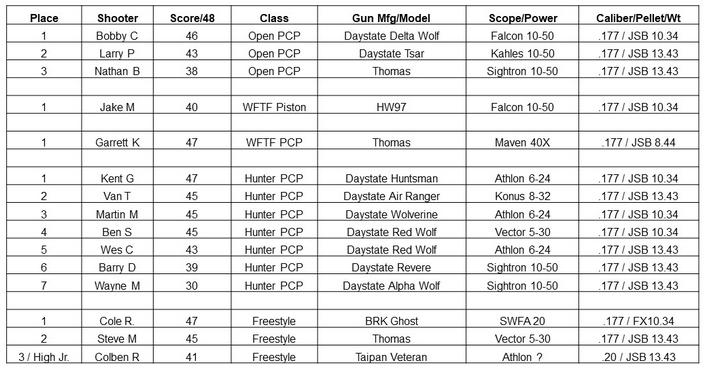 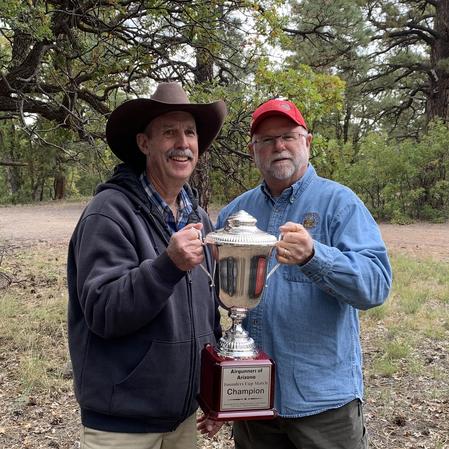 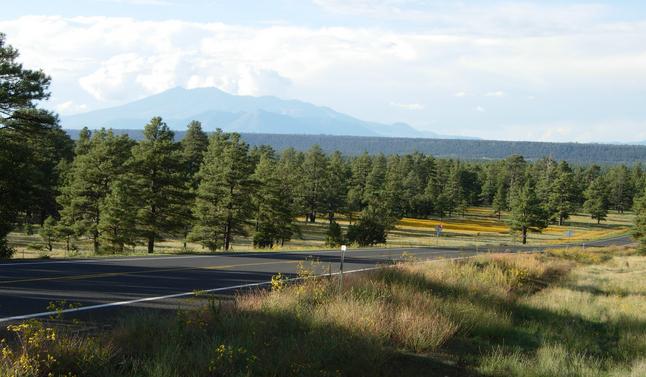 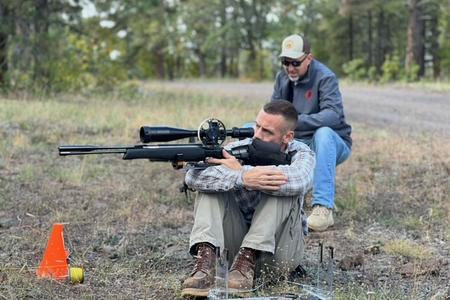 What a fantastic venue to hold a Field Target Match! Tall Ponderosa pines mixed with Live Oak and Colorado Blue Spruce trees under puffy white clouds and azure blue skies. The stately 12,662-foot Mt. Humphrey at the top of the San Francisco peaks in the background just to the north.   The weather was as great as the venue offering only a few drops of rain at the very end of the match.   Even the air was cooperative with only slight, but shifting, breezes during the match.   Temperatures began in the mid-40s and ending in the mid-60s by the end of the match.

Before we discuss the match let me thank those who made the match possible.  Friday afternoon Wayne M, Martin M, Barry D, Van T, and Larry P showed up to set up a great course and trim the lanes so that the targets were visible. Determining target placement, setting targets, establishing shooting pads, and pulling strings is hard, but rewarding, work as many of you know!  This month Barry D. volunteered (and who coerced Van T) to collect the Club targets/equipment and transport it back to the Phoenix Valley for winter use and storage.  We want to thank our Club Treasurer, Mary Anne and her husband Scott for storing our equipment at their property throughout the summer.   Airgunners of Arizona loves our members and volunteers and wouldn't exist without them!

Back to the course-of-fire.  On top of the great venue was the fantastic match. The course consisted of 12 lanes, 2 targets/lane, 2 shots/target for a 48-shot match.  There was a Standing and a kneeling lane. This month the difficulty level was lower than the near 32 Troyer Factor (TF) at the Arizona State Championship & Grand Prix.  This month’s match came in at 25.2 Troyer.  Although the Troyer was lower, there were a few tough shots (e.g., ¾” at 26 yds, 1” at 34 and 36 yds, 1.5” at 52 yds) which challenged even the most seasoned shooters.

Airgunners of Arizona celebrated 30 years as an AAFTA Field Target Club last month when we hosted the Arizona State Championship.  This month was the contest to determine who would have bragging rights as the Founder's Cup Winner for the next year.  When all the match dust had settled, we had two AAFTA Class shooters tied, missing only 1 shot/each out of 48 shots.  Garrett K. was the first to take 2 shots at a 1” target positioned at 42 yards down range.  No easy target for even the best shooters.  Unfortunately, Garrett missed both shots.  Making it even more exciting Kent G. proceeded to miss his first shot!  Kent finally settled the Founder's Cup competition by hitting his second shot.  After shaking hands with Garrett, Kent was awarded the cup and in usual fashion humbly accepted congratulations from his fellow shooters. 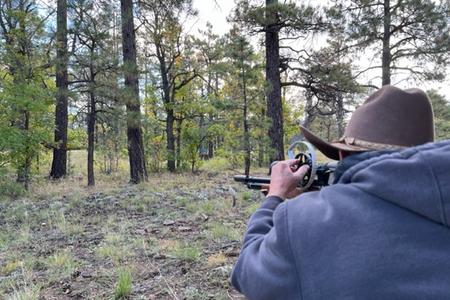 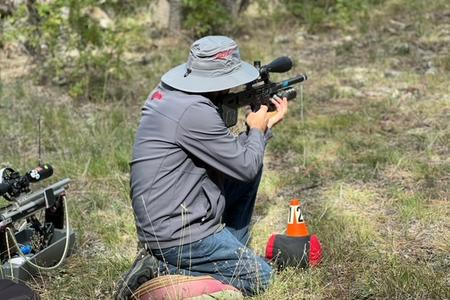 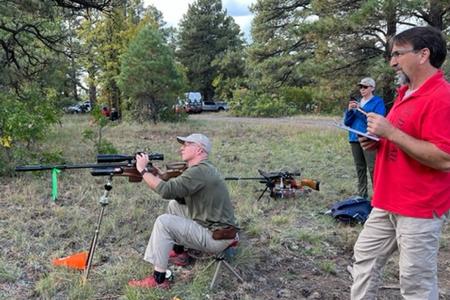 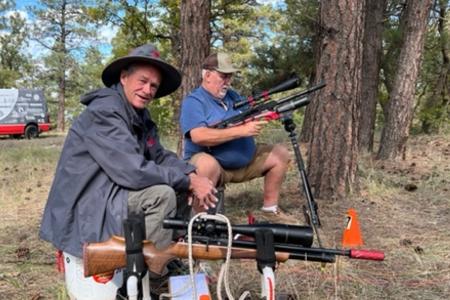 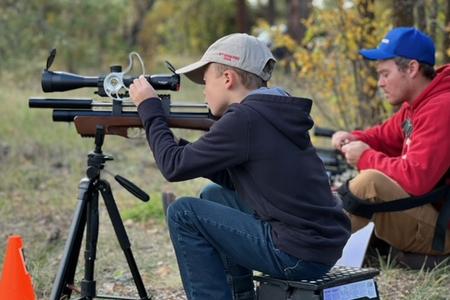 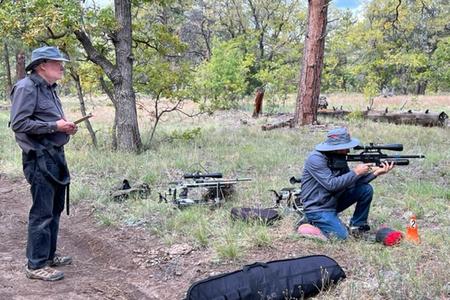 So much for all the talk!   Here are everyone's results and the match standings: 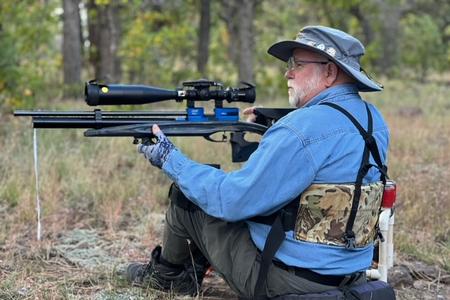