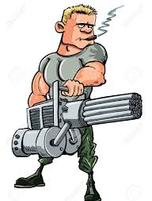 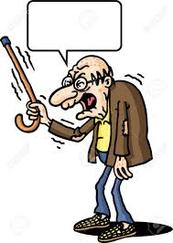 Note that the tied score was broken by yours truly shooting more shots in a row than my opponent, AND because I am writing the match report, thus making the rules as I go along.  And besides, Mike is a good guy to pick on.  The turkey buzzards feel the same way.

This coming Saturday is our clubs monthly match at Camp Verde.  After that, we have two more Tuesday shoots at BASF until the end of May.  We will use these 8 weeks of Tuesday matches to determine if we want to continue in the fall and next winter.  So far it has been very good for match practice, staying in touch with each other, experimenting with our equipment, and most importantly, a really good excuse to get out of the endless list of honey-do’s at home.  And besides, it is fun!

See you next week???

What a difference a week makes.  Last week was colder, windy, and raining.  This week was comfortably warm (80’s but low humidity), reasonably calm winds, sunny and dry.  The four of us who shot today enjoyed the shade and each other’s company, even though we were almost blinded by the brilliance of the sunshine.  It WAS bright!

Last week’s experiment of mine did not work out as planned and I ended up in last place.  This week, I worked on something different with a different gun, and came out on top.  I upped the foot pounds on my Steyr from 11.8 to 17.8 and what a difference!  I am happy with this result so I will work on the other gun and get it back on track as well.

Big news this week; Mike was on time! (Applause!!!)  He had a few choice bits of adult language to indicate his acknowledgement of his tardiness, but otherwise got there on time….LOL!  It was all in good fun and for those of us that subscribe to that banter, you know what we are taking about.  The term “Ball busting” comes to mind….and we have fun giving it and also taking it when deserved.

Our typical 5 lanes / 2 targets per lane / 2 shots per target / move targets at half-time / 40 shot match was followed.  This seems to work out really well and gives us a chance to stretch out legs at the half way point.  We can also adjust the targets to a more correct location.  The ¾” KZ target at 35 yards brought a few smiles…… and mumbled verbiage.  It is OK, we all still had to shoot it.

Lance came by last week to see what we were doing.  This week he came back and tried his hand.  He used his CO2 powered Sig MCX with non-magnified red dot scope, so we modified the scoring to allow face hits.  This way he can learn the game while contemplating an equipment upgrade. Like us, he had fun.

Fortunately for us, we did not have any cases of soiled underwear.  This needs some explanation; the range to our immediate right (just on the other side of the berm) was used by Dillon Precision…….with their Suburban……which was mounted with a GE mini-gun!  To the uninitiated, this a multi barrel, electric powered rifle, .308 caliber, shooting 50 rounds per second……that they were testing and training with .  Frickin’ thing is LOUD and the echo off the hillside goes on for quite a while after letting off the trigger.  Three second bursts used up a LOT of ammo, and they were apparently enjoying themselves.  Fortunately for us, none of us were on trigger when they commenced a firing run.  Startled, YES.  Errant shots, NO.  We displayed good trigger control.  Our tongues, not so much.  We share the range with everyone and gives us lots of things to talk about afterwards.  You should have been to the monthly match a few years back when two of the wild burros decided to mate about 100 yards away.  That gave us a LOT to talk about for a while.  There is always something neat going on at our matches!

Anyway, here are this week’s scores;