As stated earlier, this is the last Tuesday of the eight consecutive weeks for trying this little experiment and all thought it went well.  We may try it again for December 2019, February 2020 and April 2020.  That gives us a month on and a month off for that time frame.  The guys that did shoot and the new shooters that did give it a try all seemed to enjoy it.  I know I did.  We ended up with 10 different shooters giving this a try over the past 8 weeks.  Not bad for a bunch of "Old Farts".

Episode #8 – The fearsome foursome stuck it out until the end.  Ben, Barry, Mike, and yours truly finished out our 8-week experiment in grand style.  The day could not have been better; partly cloudy skies with high cirrus clouds and temps in the mid 70’s.  The 4-mph breeze was constantly shifting to the point that the wind flag, that Ben positioned down range, wound itself up on the post.  It kept swirling from all directions and was just enough to create numerous splits on the target and that wasn’t taking into account the gusts that occasionally kicked up to about 8-mph.  If it was blowing right to left, and you held on the right side of the KZ, by the time you released the shot, it was going the other way and left you with a split at 3:00.  You had to laugh because there was nothing you could do about it.  And it shifted just that quick also.

We congregated at our usual 9:00 and had our 5 lanes, 2 targets per, 20 shots, move targets at half-time, shoot it again, for a 40-shot match.  We work together like an Indy pit crew; got it set up in 15 minutes including sight in range and had it torn down in about the same amount of time and put away.  I have to thank the guys for just diving in with both feet and getting it done.  It is all about the camaraderie.

Nothing spectacular occurred today except for some of the colorful verbiage used upon missing targets.  Sorry, cannot include the euphemisms that were uttered when the breeze and pellet were not communicating properly.  Just use your imagination.

Here is how our best efforts panned out today; 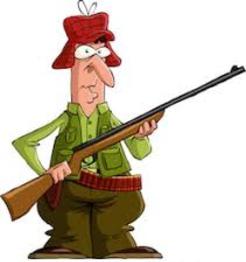 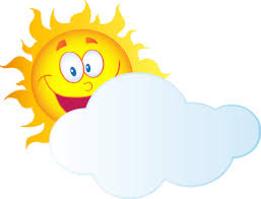