Next match will be Saturday, February 27, on the Small-bore range, next to the main range.  Reason for this is that work continues on the rifle silhouette range for all of February and it will not reopen until the 4th Saturday.  It will have its grand reopening ceremony at that time.  Long story, but BASF has their reasons for doing this.  We’ll still shoot on the small-bore range and have just as much fun.

Views looking downrange with the zoom function turned all the way up.  With the cloud cover, I was able to get a lot of detail. 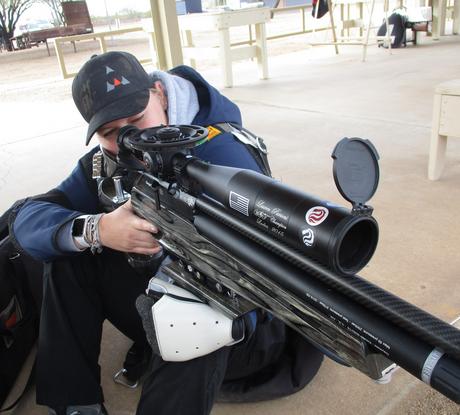 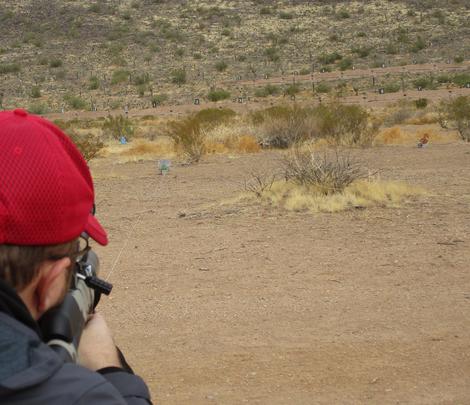 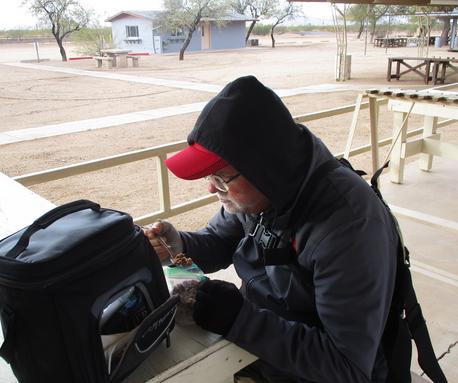 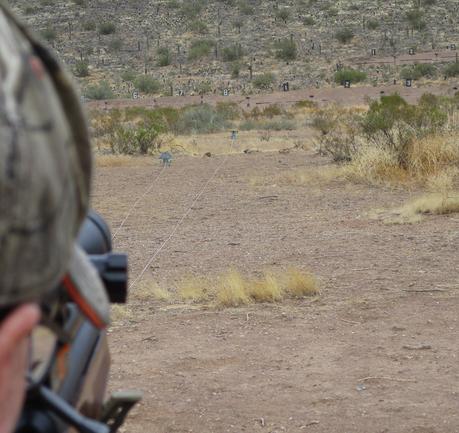 Club Prez, Larry, eating breakfast out of a plastic bag before shooting, and then on the firing line during the match 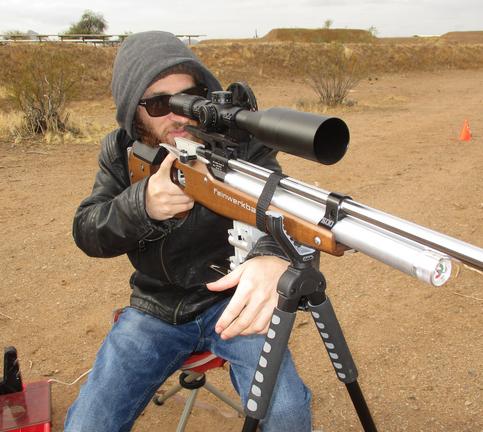 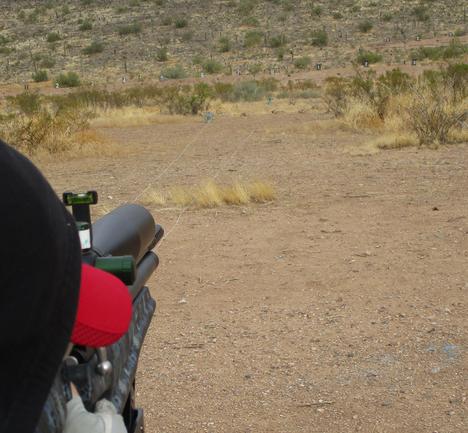 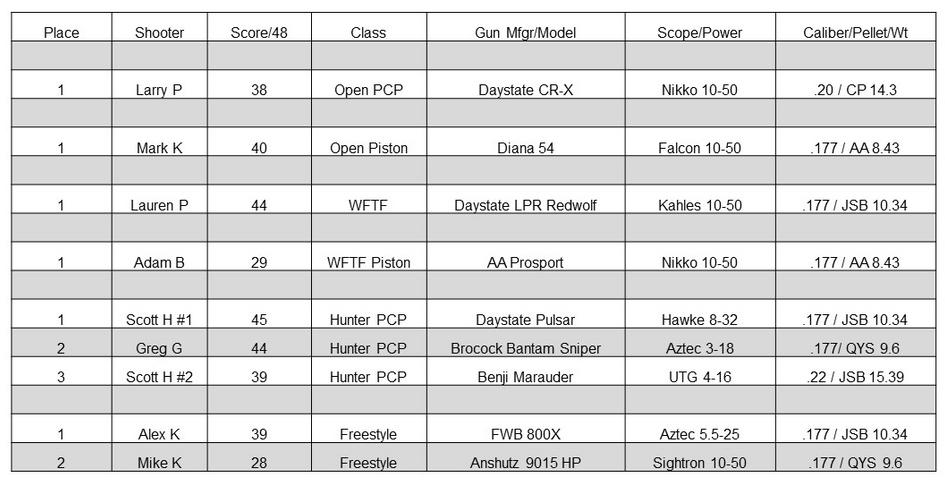 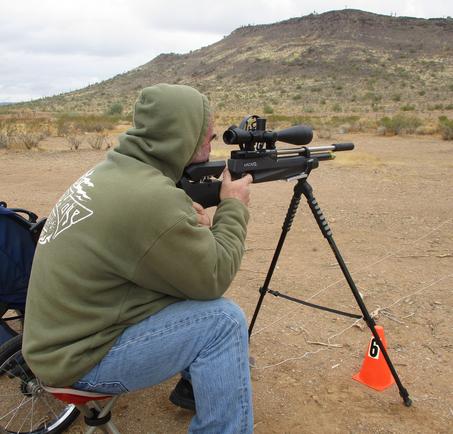 Scott H #1 setting up to shoot the turtle target out at 54 yards.  Follow the string to see the target.

Greg on the firing line, and then looking over his shoulder at downrange targets. 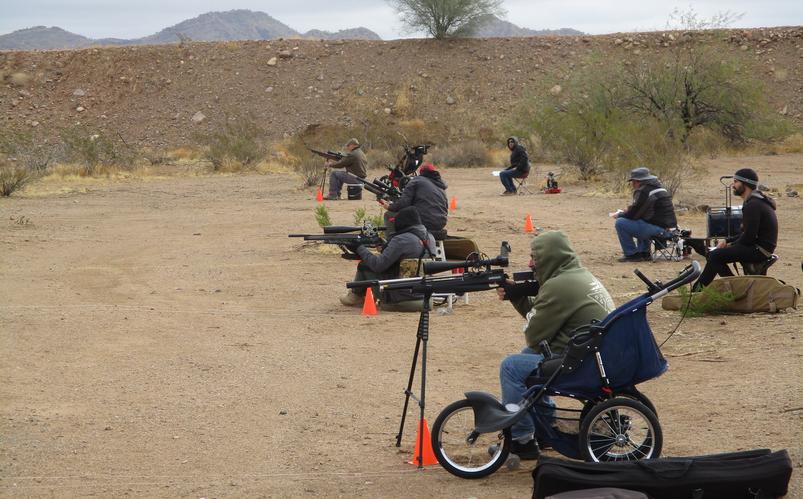 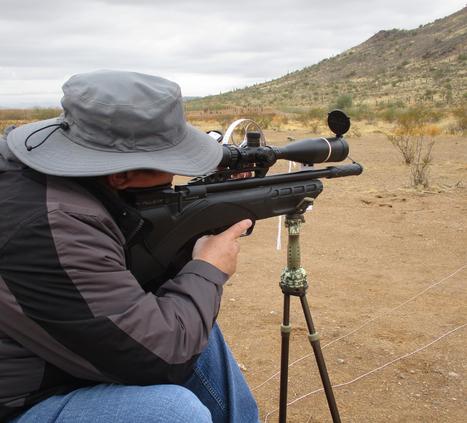 Without knowing how many shooters were going to be in attendance today, because of other activities in the area, we set up 6 lanes / 2 targets per / 2 shots at each / move firing line at halftime / shoot it again / 48-shot match.  We got 9 shooters, so we paired up 4 squads of 2 each, and yours truly shot solo.  This gave me some time to float and take pictures once I finished shooting my lane.  This worked out well and I wasn’t otherwise running around like an idiot trying to get pictures AND shoot in my allotted timeframe.  I’ll let the pictures tell the rest of the story.

Michael K, maybe a distant cousin of mine, on the firing line 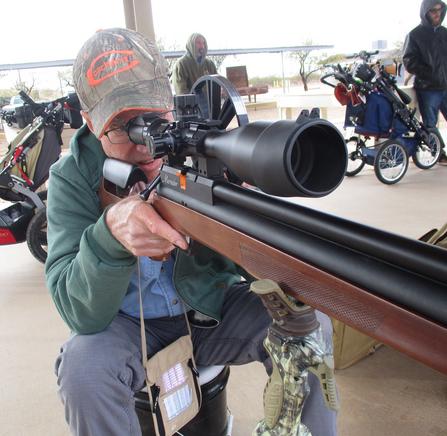 Scott H #2 lining up on distant targets.  Follow the strings on the ground out to the targets. 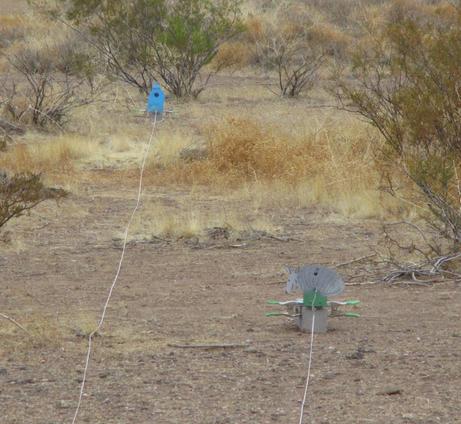 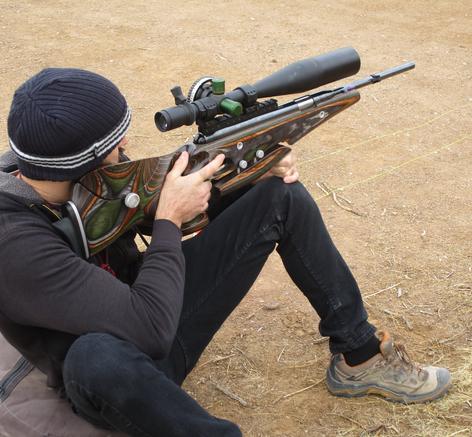 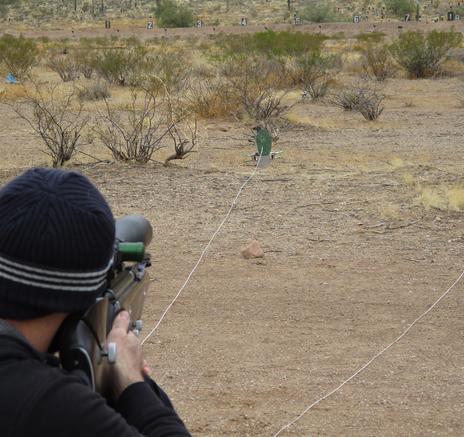 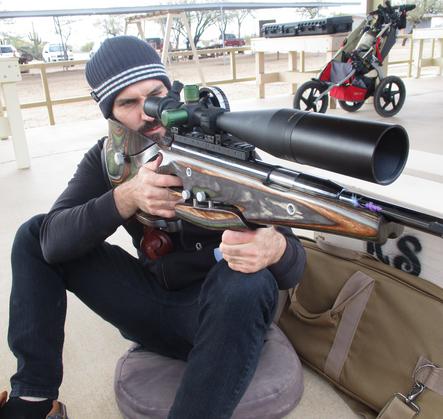 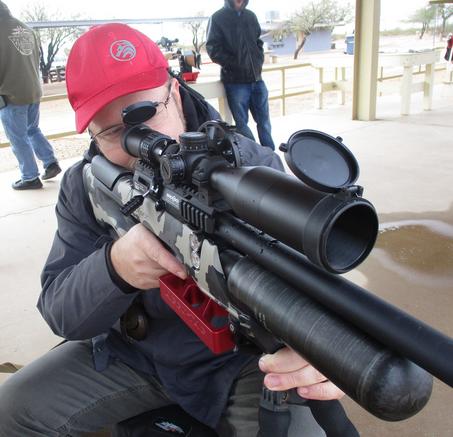 Here is a shot looking downrange, to the north.  We set up our firing line for the FT matches on the far side of the 100 yard smallbore silhouette berm shown in the foreground.  You can make out the big bore rifle silhouette targets up on the hillside to the left, and the impact berm for the 1000 yard range on the right.  That saddle in the center of the view is where the wind coming from the north or the east comes from.  It swirls around these ranges causing all kinds of wind conditions, primarily because the hillside on the right is closer to the south, and the hillside to the left of the saddle is farther north, not by much, but enough to create these wind directional variations, and boy, do the winds get squirrely! 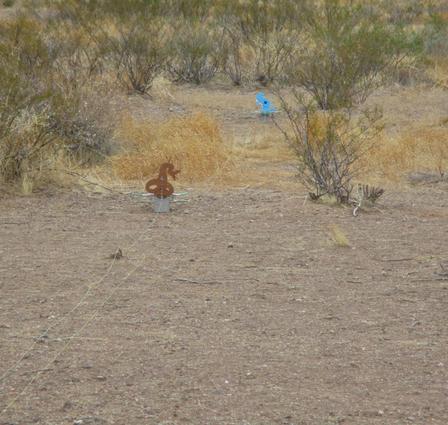 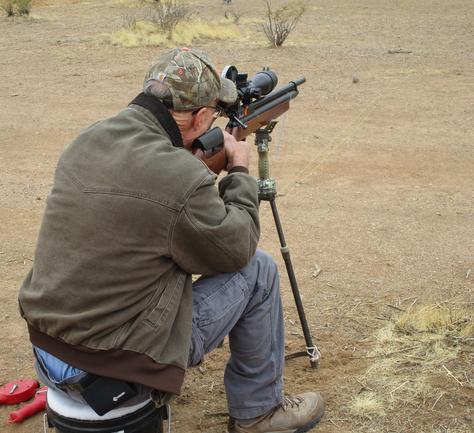 This is the closest that we got for a group shot today.  This is on the firing line with about 10 yards between shooters and showing required social distancing.  In the foreground, Michael is NOT sitting in the stroller, but alongside it.  We will still give him grief about it.  View is looking east at the berm alongside the 1000 yard hi-power range.

Greg on the sight in line

Lauren on the firing line 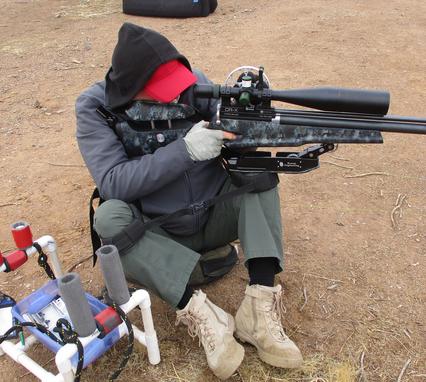 Scott H #2 on the sight in line

Adam setting up to shoot a 25 yard standing turtle with a 1/2" killzone.  Wind is coming from over his right shoulder and going R to L.

Here is a view looking south at the covered firing line.  We had our sight in targets off to the left in this view.  In inclement weather or when the sun is blistering down on us, we can shoot from under the shade.  This shot is taken from beyond the 75 yard silhouette berm. 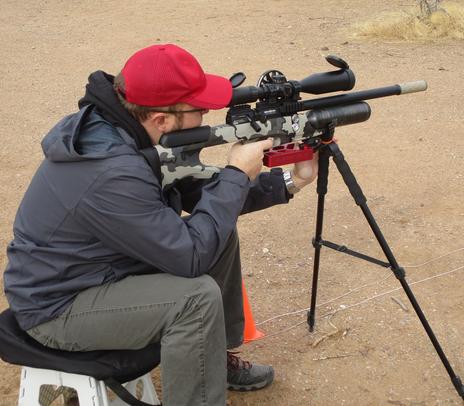 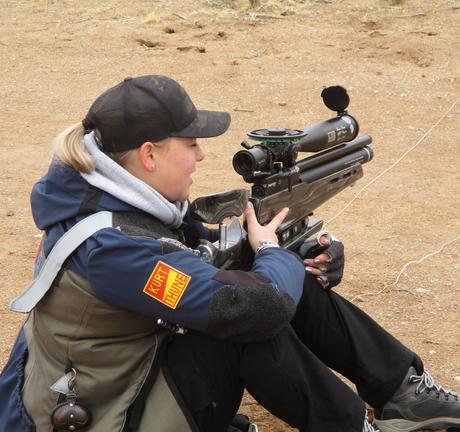 Lauren on the sight in line 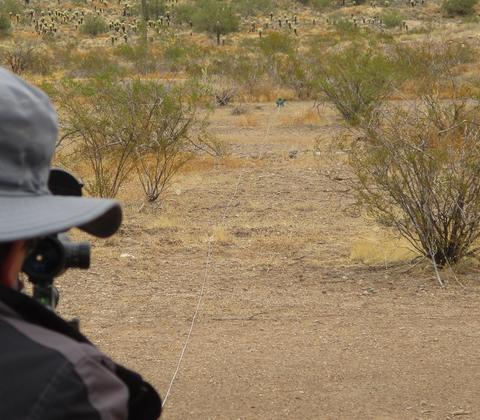 Adam on the sight in line

First monthly match of 2021 and we are downrange on the rifle silhouette range at Ben Avery Shooting Facility in Phoenix.  It looks like it is going to rain any minute.  The NWS (I refer to them a lot) called for 70% probability of rain with winds 5 – 10 mph, gusting to 20 mph out of the south.  Well, that didn’t quite happen.  Oh, it was nasty looking, but nary a drop of precipitation descended on us while we were shooting.  It did rain prior to our arrival, and from a distance as we were driving home, it looked like the area was getting pummeled!  We dodged the bullet!

As it turned out, we started with dark and ominous looking, heavy cloud cover, with temps in the low 50’s and warming to about 55 degrees, if you can call that “warm”.  Most everyone shooting was bundled up.  The wind did come from the south, but the first half of the match, it was surprisingly mild!  Little wisps of BASF breeze (that is a new term that I am using) flitting in and out, teasing us, but the actual wind did not start until about mid-match.  Then it was only in the 5 mph range, more or less, and coming from about the 5:00 o’clock direction predominantly, and flip-flopping from there to 7:00 o’clock.  Just enough to drive you nuts when trying to figure hold-off and release your shot, and switching from side-to-side quicker than I can type this.