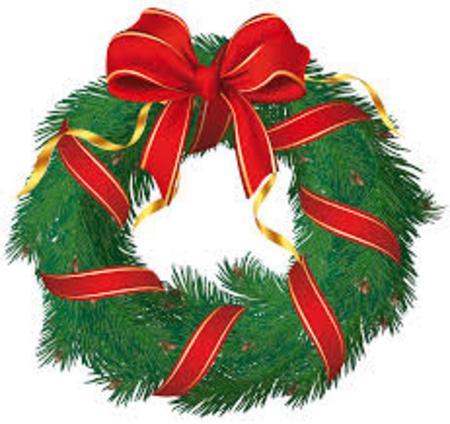 All in all I am thankful for the 10 dedicated shooters, temperatures in the 40's, a challenging course, everyone's help setting up and tearing down the course, and my new heated vest my loving wife gave me for my birthday last Monday.   I actually had to turn it off toward the end of the match.

Here's wishing every airgunner everywhere a very Merry Christmas and a Happy and Successful New Year.

Humbly submitted, after forgetting to take pictures this month,

When I told my wife, on Friday night, that I was directing the monthly match the next day, and then mentioned it would would probably be cold but hopefully not windy.   She commented that she hoped we had a good turn-out and that it wasn't “bitterly cold”.   We looked at each other and started laughing!  Those of you in truly cold climates are probably laughing too. The temps for the match began in the low 40's and ended in the mid 40's.  The wind, however, was what made it feel so cold to those of us who live here year-round, blowing from the north at 15 mph and gusting into the 20's.  As is the norm at Ben Avery Shooting Facility, the wind died at the start of the match at 10 am and reverted to the normal 3-6 mph and switching from east to west and occasionally from the north and south. The tricky part about these mild breezes are the berms that are scattered across the range that the wind swirls around.

The wind is always a real challenge at BASF, or should I say that it is really FRUSTRATING!

So much for the weather report. We set up a 12 lane, 48 shot match across about 120 yards of the range. As one of the co-match directors I wanted to set up an easier course with no forced positions.  Sort of a Christmas present for the shooters.  Well, I got the “no forced positions” part of my plan, but easy it wasn't!   I would estimate the course to be in the mid to high 30's based on the Troyer Factor.   One shooter even tried to set a target at 60 yards but I caught it during my walk-through.   When I mentioned it during the shooter's meeting, the culprit confessed and said he had hoped I wouldn't catch it.   Although I was born at 7:30 at night it wasn't last night!

After the shooter's meeting, I passed out the score cards dividing the 10 shooters into groups of 2 per lane.  There was the usual banter (a.k.a. harassment and excuses).  It was a little less focused since Mark K wasn't present today.  He was off driving a vintage fire engine in the Fiesta Bowl Parade.  (We hope all of the curbs, barricades, and pedestrians are uninjured and undamaged!)

***Ed. note:  Dude, I know how to drive an engine, especially after serving numerous years as a firefighter!  Better luck next report!***

I hear things like “If I had used my dope sheet on that 13 yard 1/2” target I wouldn't have missed it – twice!”, “I couldn't believe I got a 4 mil shift shooting a Hunter Field Target rifle!”, and the proverbial, “I made a rookie mistake and didn't . . ."

After all the excuses were offered/made and everyone made their best attempt to knock down the 48 steel beasts this was the result: