Well, the Tuesday “old farts” league matches are off and running.  Five members showed up at 9:00 am yesterday to shoot.  We gathered the needed targets, blocks, clamps, and strings to set up 5 lanes and each person set up one lane however they wanted.

We shot all 5 lanes once for a 20-shot match, then removed the near targets and  altered the distances to the far targets, then shot these remaining 5 targets twice each standing.

It was a relaxing time and we took frequent breaks to chit chat about this, that, or something else.  It is good to be retired!  Of course, this can be attended by anyone, you don’t have to be retired to shoot.  Just don’t get caught skipping work…..LOL.

The day was nice; blues skies, brilliant sunshine and low winds initially.  Shooting from under the canopy was definitely enjoyable.  Weather was forecast as having 5 to 10 mph winds increasing to 20 mph as the day went on.  The winds became a little squirrely after shifting from a constant right to left direction.

Here are the scores just as reference; 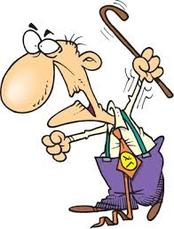 As you can see, Doug and Mike were showing off on the sitting stage, but Ben outshot both of them when standing.  I was shooting my springer, Miss Diana, and was clean through my first three lanes.  Then I missed 4 shots in a row due to over-rotation of the elevation turret.  It was all over after that….LOL.  All in all, it was a good time that we will do again next week.

Ben Avery shooting facility (BASF) is closed to the public on Mondays and Tuesdays, however any of the user groups can schedule an activity on Tuesday.  Wednesday through Friday the ranges are open to the public with the specialty ranges available to those with a “yellow card”.  Weekends are reserved for user groups with scheduled matches.

So, we got a show of hands at the last match and put in a request for Tuesdays in April and May.  We now have the remaining Tuesdays in April scheduled and all 4 Tuesdays in May to shoot.  We are still determining a format and if we want to do anything with awards as such.  Weekly bragging rights seem to be the order of the day.  Who cares?, we are here to have fun.

Nope, no pictures.  You know what these gnarly old dudes look like anyway.  If you want to join us, come out next Tuesday.