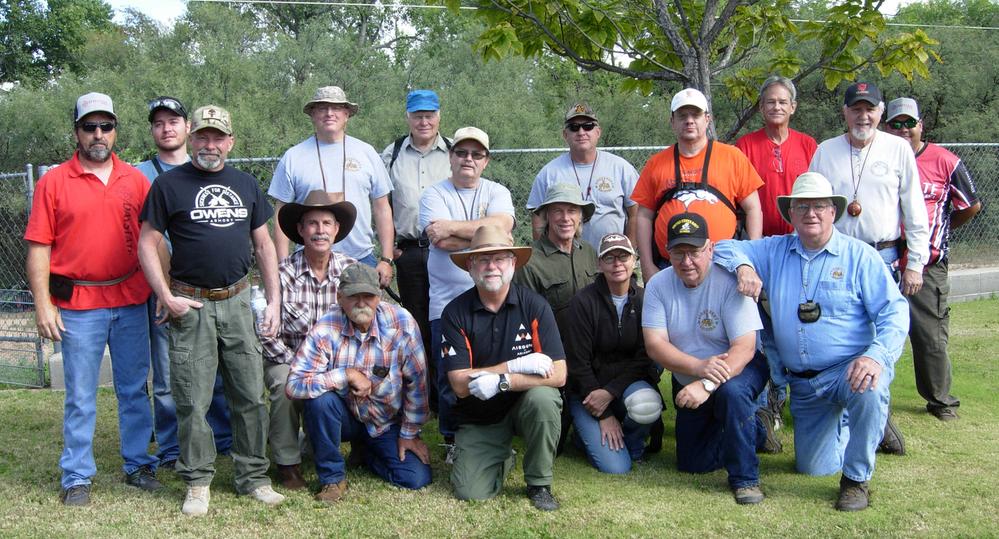 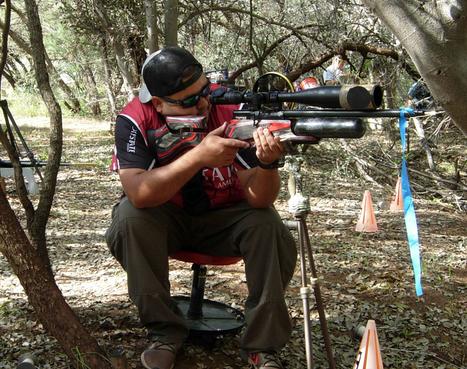 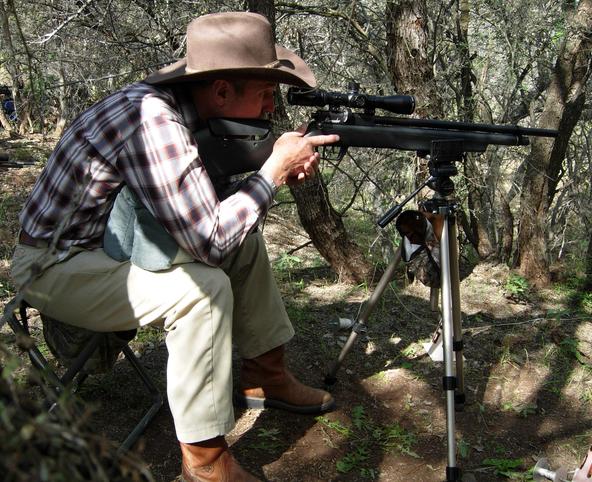 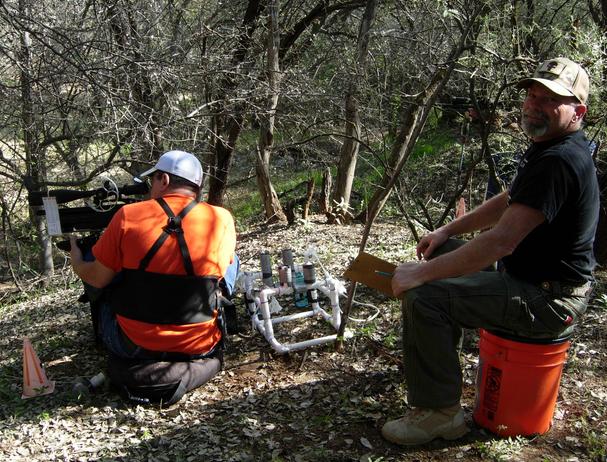 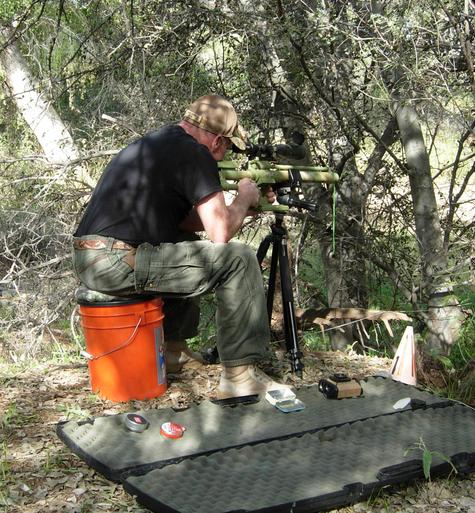 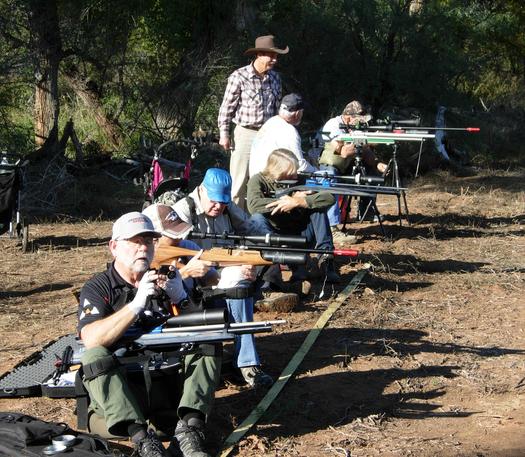 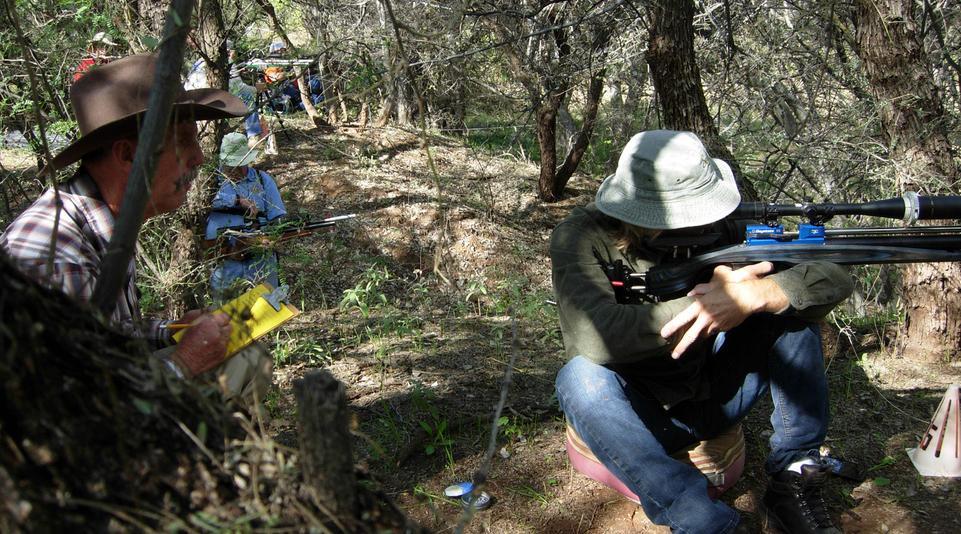 As it worked out, we had 18 shooters compete in near perfect conditions; mild temps that hovered in the low 70’s, blue skies with patchy clouds, and NO WIND!  (Ya hear that, Bill?) There were slight puffs of a breeze, but nothing to speak of, which translated into some terrific scores.  Bobby, Don, and Cole set up a challenging course with a good mix of near and far targets including a few with tiny (3/8”) kill zones.  Good job, guys!

The Founders Cup Match was the brainchild of Robert Buchanan, one of the four founding fathers of the club.  We are currently in our 26th year, but he wanted to do something to commemorate this event, so in 2012 commissioned the traveling trophy that is awarded each October to the highest scoring club member. 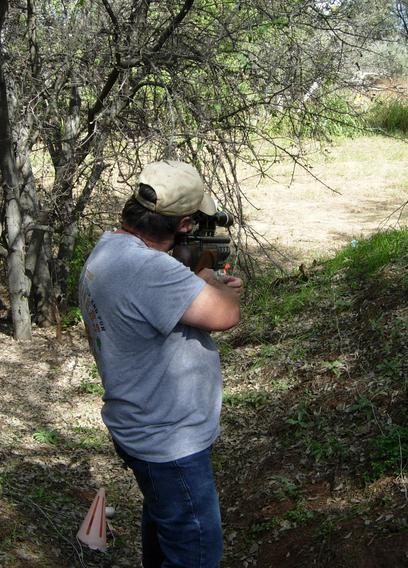 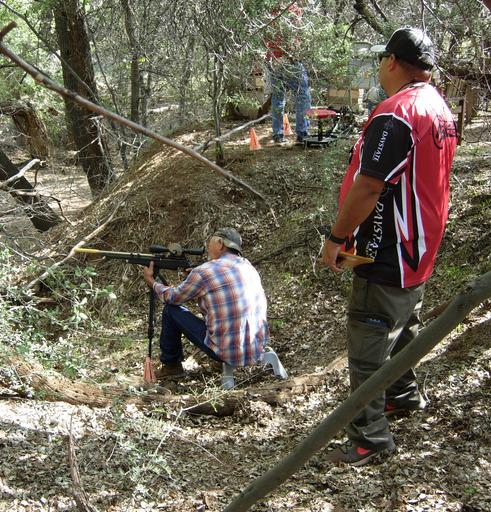 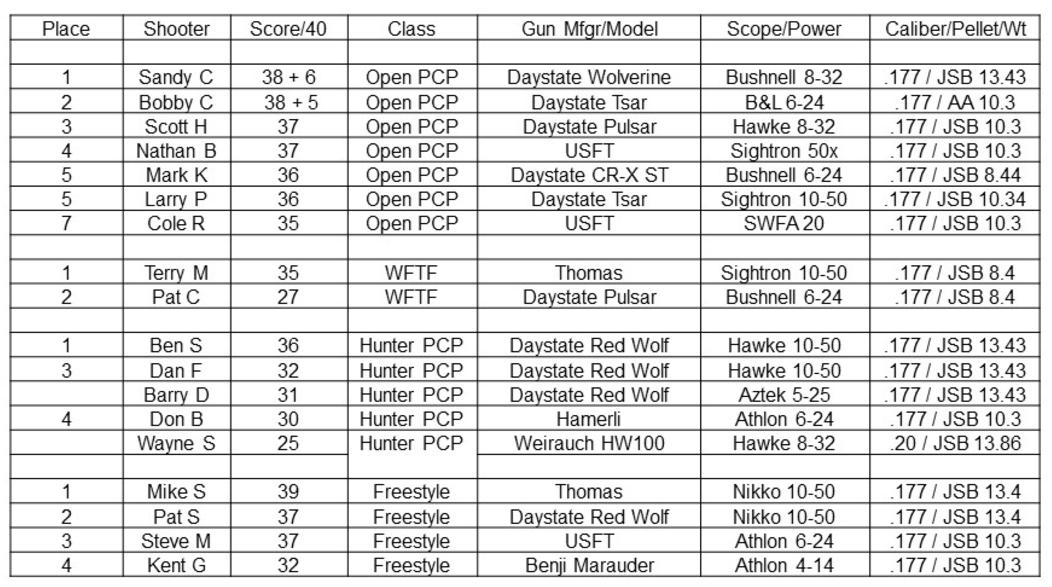 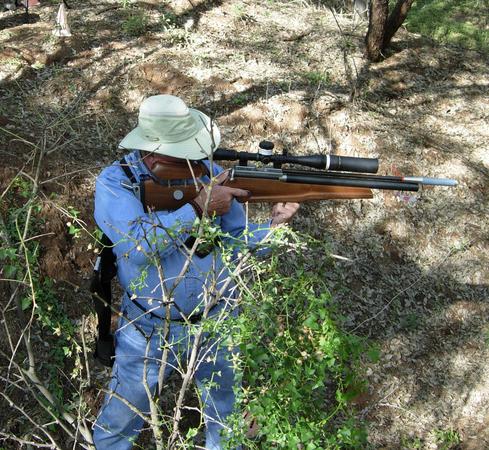 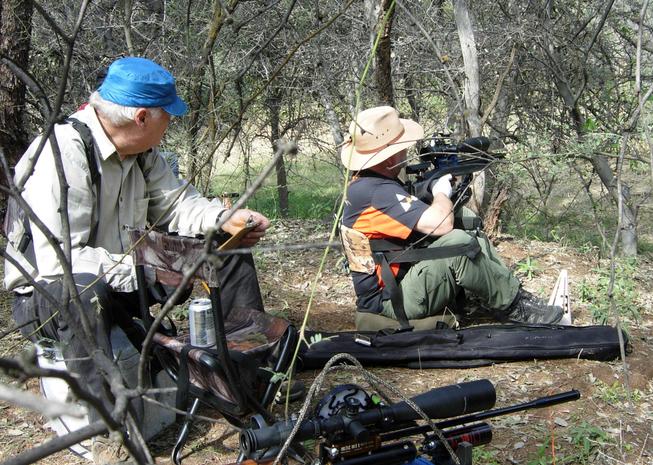 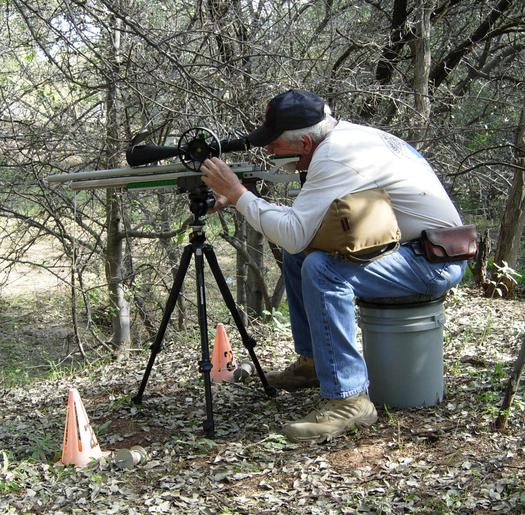 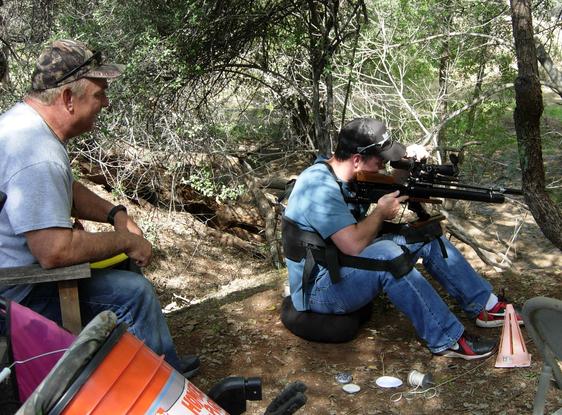 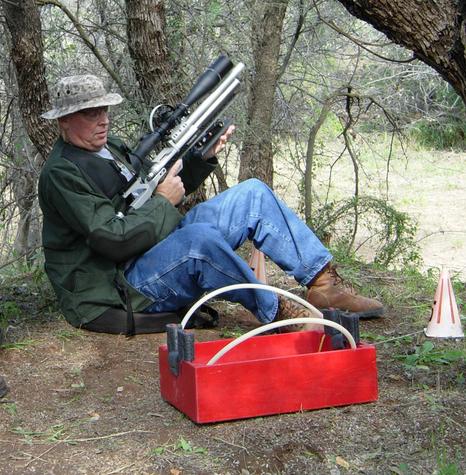 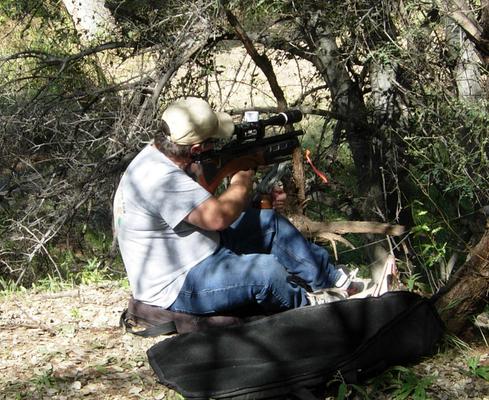 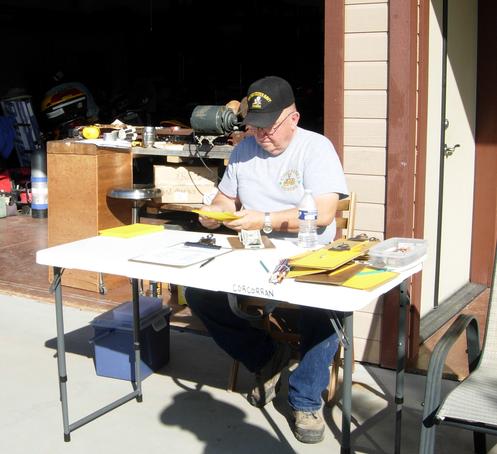 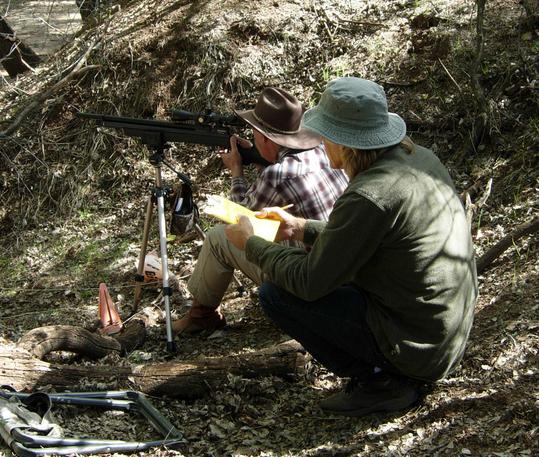 Next months match will be back here in Camp Verde where Bobby has a slightly different shoot format designed.  That will be explained in the match notice forthcoming.

Much thanks to Bobby and Sandy for allowing us to invade their little piece of paradise.  Thanks to Sandy and Wayne for providing lunch, and thanks to Robin for all the photographic duties. 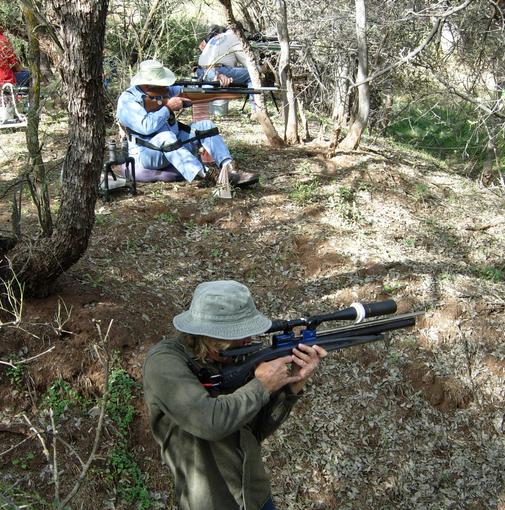 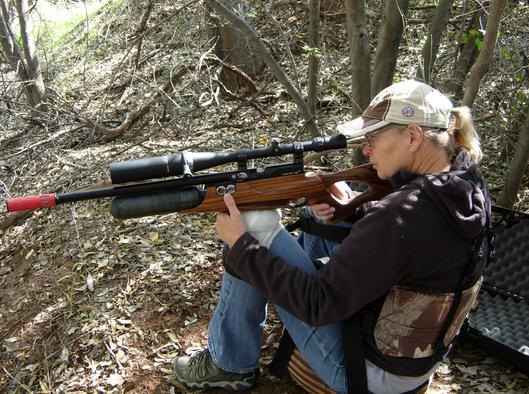 The October Founders Cup Match was moved from Mormon Lake to Camp Verde almost at the last minute.  Reports from Mormon Lake indicated that the area that we use is basically a mud bog due to the excessive rain that fell recently, along with the early snow that still lays on the ground.  Several members were in the area and reported that the site that we lease from the USDA Forestry Dept, is being heavily camped on by Elk hunters.  Also, this past week the temps at night hovered right around the freezing mark.  The decision was made to move to Camp Verde and everyone but one shooter read the emails noting the move.  Doc apparently showed up at Mormon Lake and wondered where everyone got to. 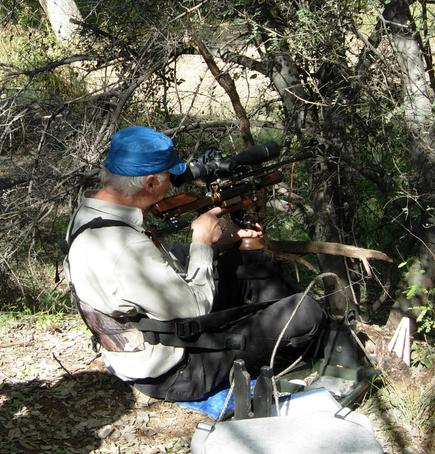 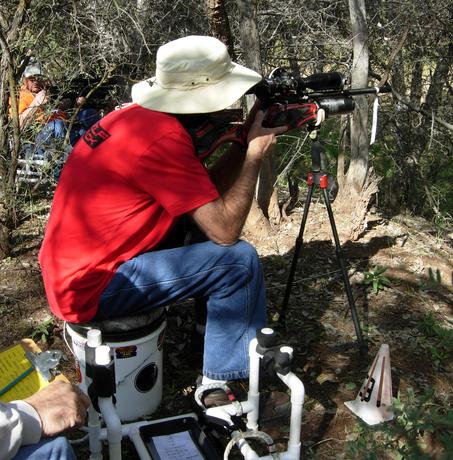 With the ideal conditions, the scores this year were high and resulted in a number of tied scores.  Only Bobby and Sandy had the desire to compete in a shoot off where Sandy nipped Bobby by 6 hits to Bobby’s 5 at a 3/8” KZ set at increasingly longer distances.  I guess she likes her new Wolverine!  The remainder of the ties were broken by counting the longest number of consecutive hits based on the shooter’s starting lanes.  At that point everyone was stuffed anyway from eating Sandy and Wayne’s chili, cornbread and cookies, along with Bobby’s homemade ice cream.  Who wants to shoot after that?

Awards were presented and shooters gradually filtered out to pack their gear and head for home.  Some of our shooters come from a long distance, and we are happy to have them participate in our matches.  We always wish them safe journeys home.  Mike Smith was this years Founders Cup winner shooting a near perfect 39/40 in Freestyle class. 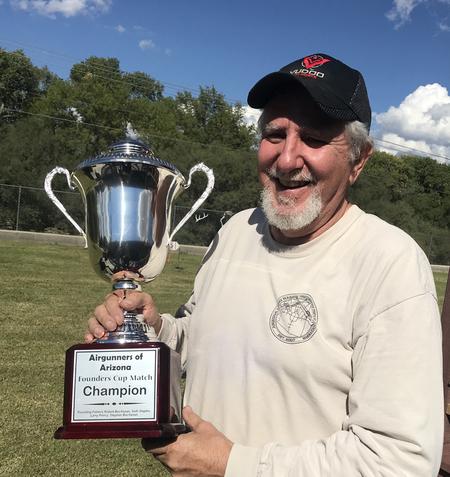 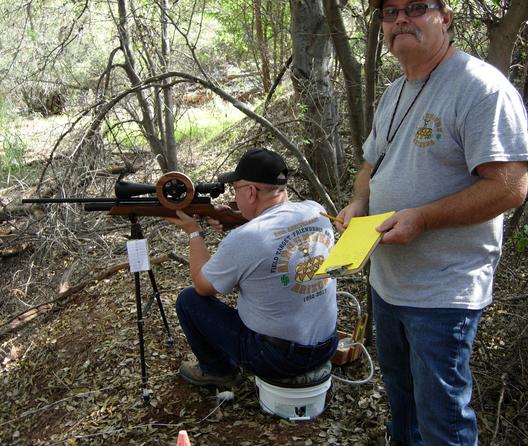 View, at one point, along firing line