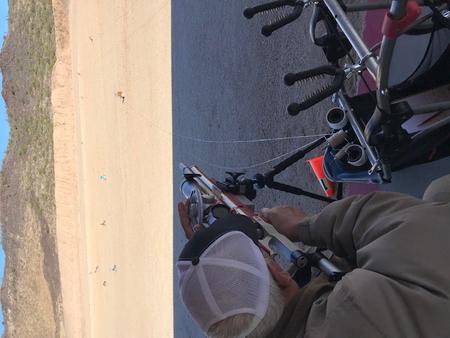 From everyone at Airgunners of Arizona, to everyone in the field target community...... 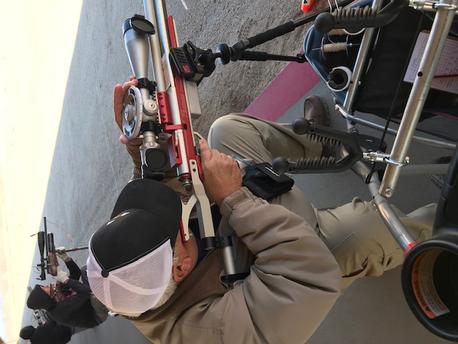 We finished up with everyone helping pick up and Larry announced the winners of each class and then we retired ourselves to warm up and have a hot burger and some chili at the Wild Horse West restaurant.  And if I didn’t mention it, it was cold and windy today.

As I set up the practice lane, the measuring tape was all over the place blowing to the east and then to the west. Barry had to come and help hold down the tape as I put down the sight-in targets on top of it, just to get out to the 55-yard mark.

Larry had set up a great course today, with all sorts of challenges without knowing about the cold and wind. Wayne R. also showed up and did not shoot but did pay his 2022 club dues before leaving the rest of us “not so smart ones” to stay and fight the wind and cold.

The chilly troops - L-R; Mike, Scott, Ben, Jesse, Barry, Chris, and Wayne.  Larry is behind the camera taking the photo. 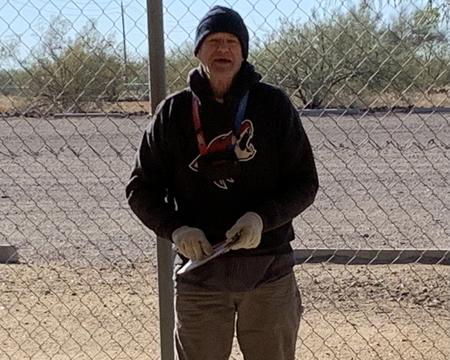 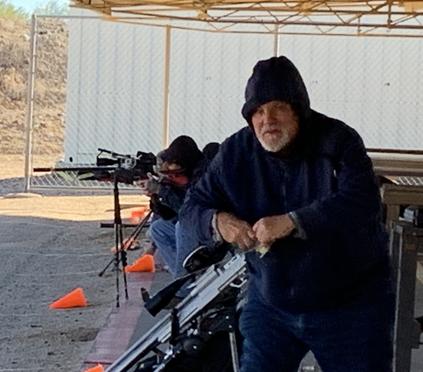 We started the match at 10 o’clock and it had warmed up to around 48 degrees with the wind still howling from the north blowing everything that was not tied down. We had 8 shooters today so we all picked a lane and tried our best to have a good time. So at the end of it all the scores were: 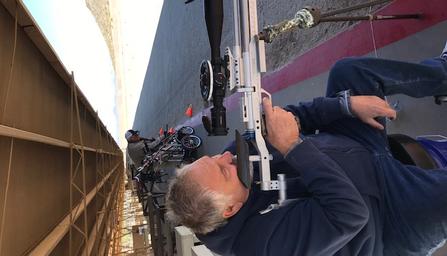 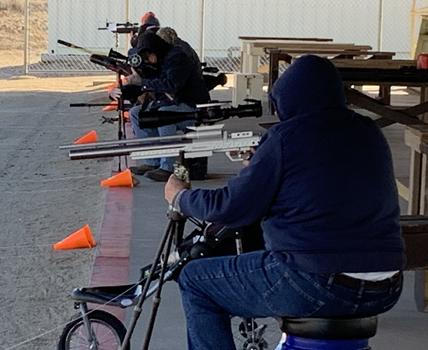 Two views, same shooter.  Take note how far the reset strings are blown to the left from the wind. 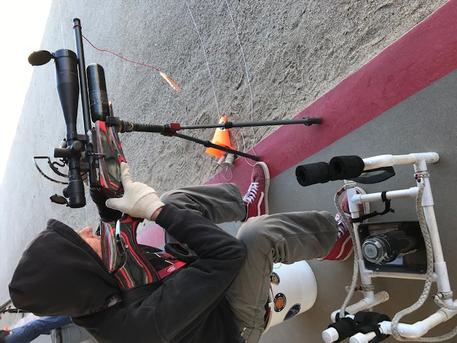 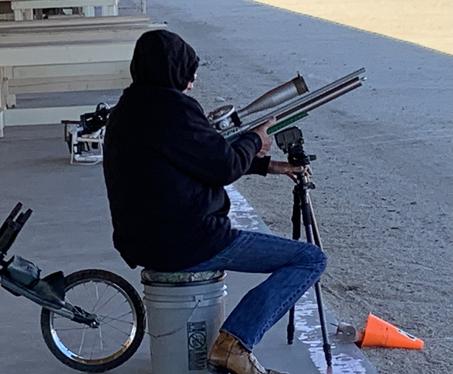 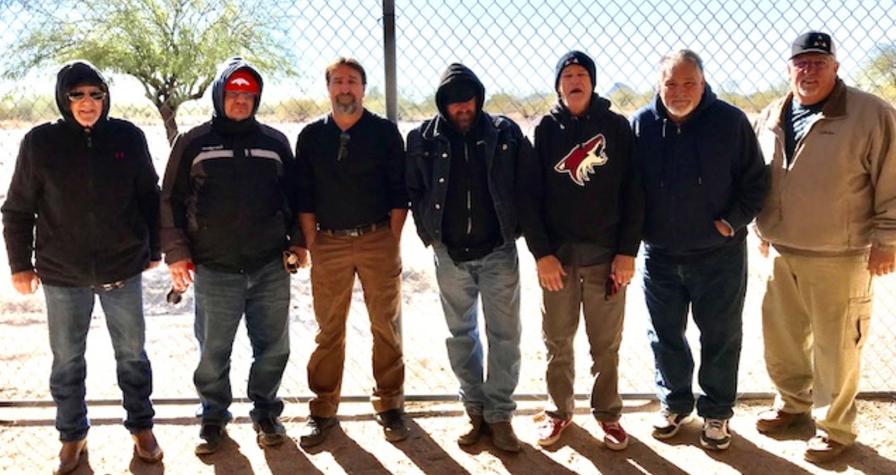 We started off with a very cold and windy morning. The temperature was 42 degrees with bone chilling winds as we loaded up the equipment to head over to the Small-Bore range.  Everyone helped set up for the match that had 12 lanes with no standing and kneeling lanes.  It was hard enough to stay standing still, without a gun, and trying to shoot that little target with an average wind speed of 16.7 mph and gusts of no less than 24 mph, per Larry’s wind gauge.