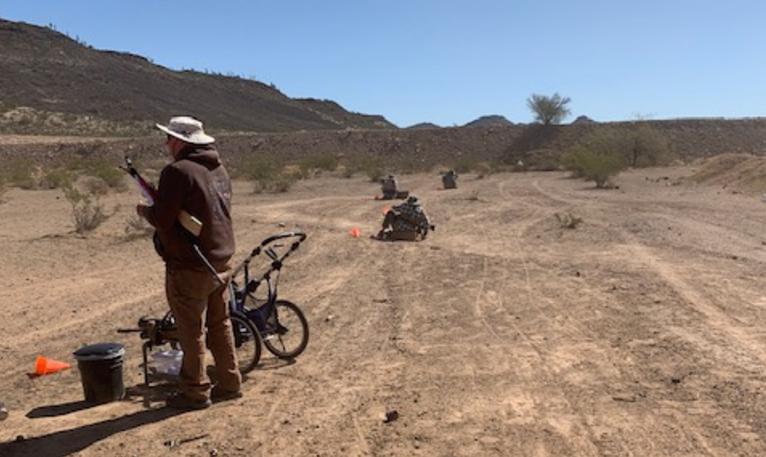 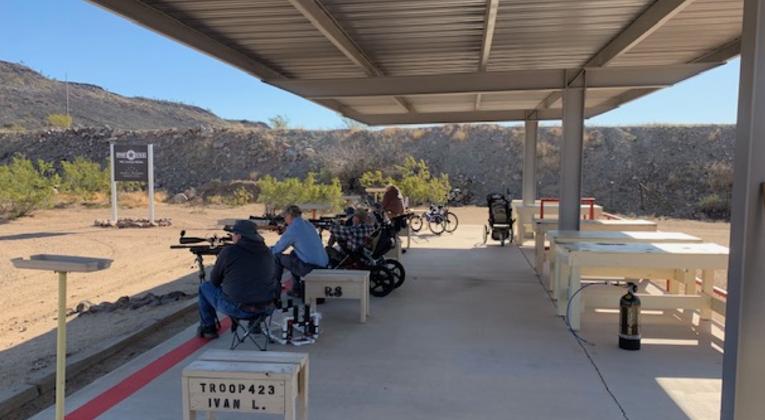 Another view looking east at the firing line.  Note the cones are down and the picture is fuzzy due to the wind.

Here you can  see the blowing dust coming from the west.  The wind  was horrendous today. 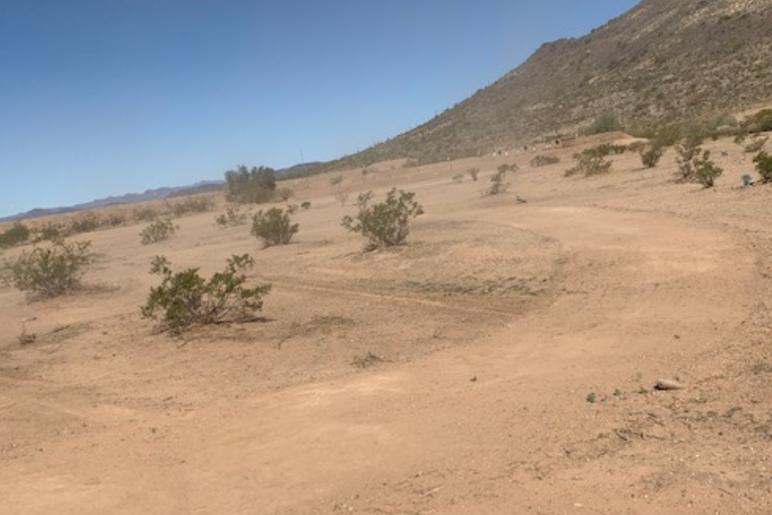 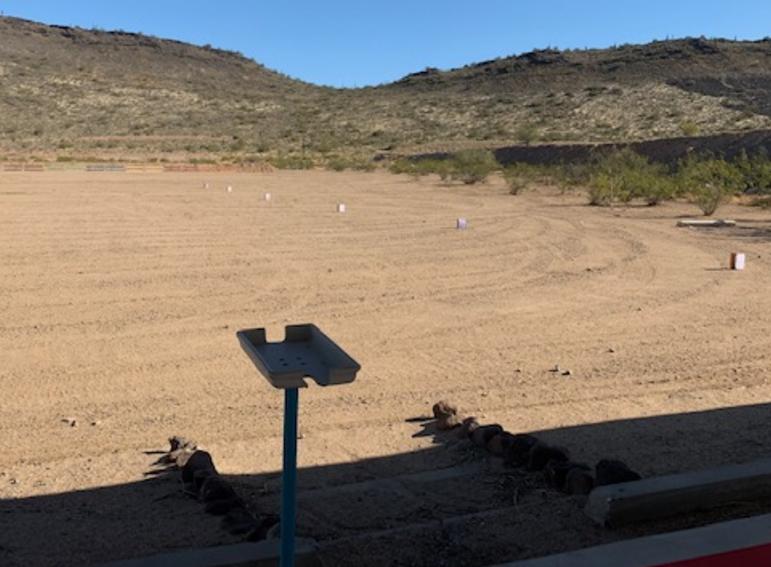 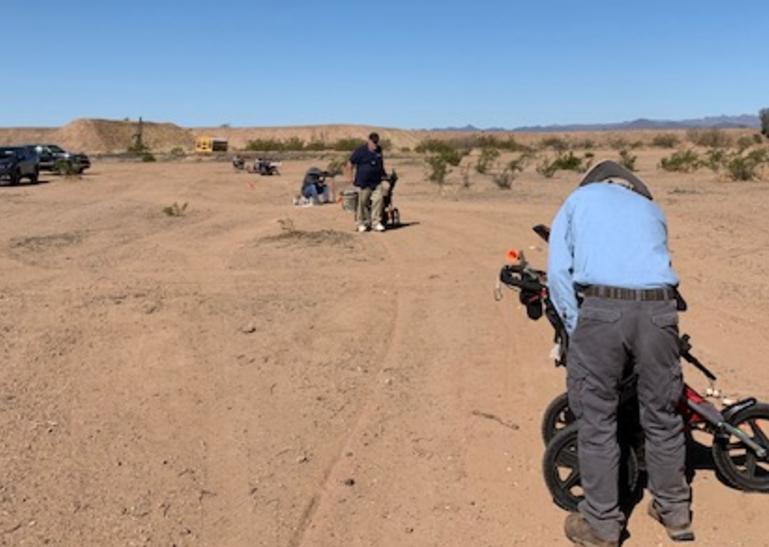 Looking downrange from the area we use for sight-in.   The 100 yard range berm is seen in the distance.

The area beyond the 100 yard berm is where we set up the firing line for our field target course.


Club secretary, Mark, had a previous commitment and Club president, Larry, was out of town this month, so I, (Gene Crist) was match director today with the help of Club V.P., Bill Corder. The weather this morning was extremely windy. When we began the match, the temperature was in the mid 60’s but gradually warmed up to the mid 70’s. It was clear and sunny. Winds were somewhat steady at about 10-15 mph with frequent gusts to around 30-35 mph with blowing dust. It mostly out of the northwest but several times I saw the mirage shift from 9 o’clock and do a 180 and blow from 3 o’clock. These conditions made for some very challenging shooting.

We had eight shooters in attendance today for a 10 lane, 40-shot course consisting of three classes, Hunter PCP, WFTF, and Open PCP. We shot the course behind the berms of the rifle silhouette range while BASF contractors were working back at the firing points area. We initially set the course up but when we saw how hard the winds were blowing, we elected to move the farthest targets in approximately 5 yards each to make for a reasonable Troyer value. Lanes one and two were our only forced position firing points; lane one was standing and two was kneeling while the remaining lanes were all open. All targets were within the ranges specified by AAFTA based on the sizes of their kill zones.

Bill C. was the only competitor in the WFTF division, and he shot the overall high score of 36/40.  That was some outstanding shooting with a 12 fpe rifle in the hurricane-like conditions we had today. Bill was shooting his Steyr today.

Pat C. and Wayne R. were the two competitors shooting Open PCP. Wayne R. has not shot in approximately a year due to back issues and was happy to get back in the game. He did well after having been away for a while and shot a 24/40. Wayne wasn’t able to shoot lane 1 (standing) this go-around due to his recent surgery but will try and work up to it for future matches. Pat C. shot a 32/40 with his USFT.

Of the Hunter PCP competitors we had Scott H., Wayne M., Steve K., Scott H (#2), and me.  As usual Hunter PCP comprised the majority of the shooters. Scott H. (#1) ended up with a 20/40 with his Benjamin Marauder, Wayne M. shot a 28/40 with his Brocock Sniper and new Kahles scope, Steve K. shot a 29/40 with his Daystate Wolverine, Scott H. (#2) had a 30/40 with his Daystate Pulsar bullpup, and I shot a 33/40 with my Redwolf HP. Given the conditions I consider these scores to be pretty good. I don’t know about the others, but I found it extremely difficult to score on some of the farther targets due to the difficulty in determining your windage hold-off. At one target I had to hold off three MOA to score a hit on the second shot – the first shot hit the faceplate on the right edge after holding two and a half MOA. You couldn’t wait for a lull in the wind gusts because they were fairly constant so you would’ve run out of time. I’m sure the others experienced similar situations.

Despite the difficulties we had a lot of fun and got some excellent training for shooting in the wind. We had a great time and four of us enjoyed burgers at our favorite restaurant, Wild Horse West after the match.