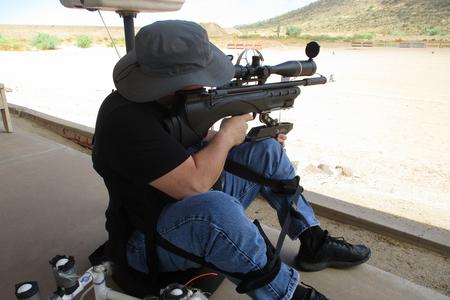 The crew practicing social distancing.  it is a PITA, but at least we are able to get together to shoot!

One shout-out goes out to Van’s daughter, Valerie.  She shot one-point shy of her dad’s score, using his rifle!  Valerie just turned 16 last week…..and is driving.  Anyone living in the immediate Phoenix area, Please stay off the sidewalks….LOL.  Seriously, she is a good kid and has a real aptitude for shooting this game.  I shot in the lane next to them and her follow-through is amazing!  Very good technique.  Van, you did a good job teaching her. 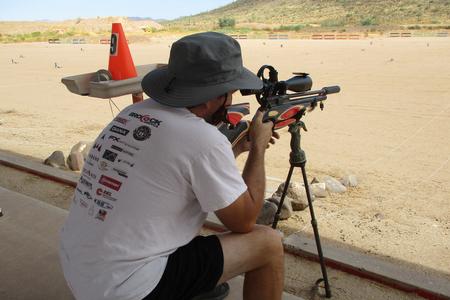 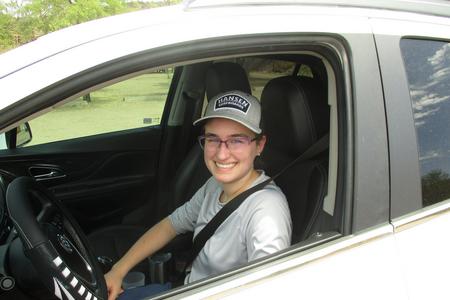 Next monthly match will be at Mormon Lake on August 15.  We will still be following Covid-19 protocols, as we did here today.  That is state wide, and BASF requires it as does Coconino County (Mormon Lake).

Thanks to Larry and Barry for setting up the course today, and to everybody for help tearing down.  Thanks to Mike who showed up on Friday morning, where we painted and adjusted all the targets used today.  We have an amazing group.  They are always there and know exactly what to do.  Target prep, set-up, and tear down are second nature and take no time at all to perform.  We’re blessed! 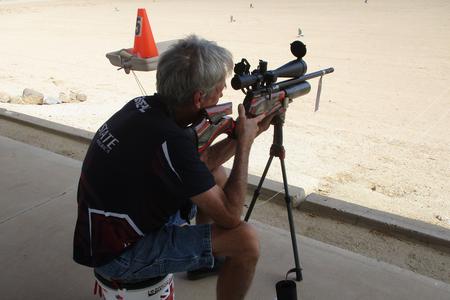 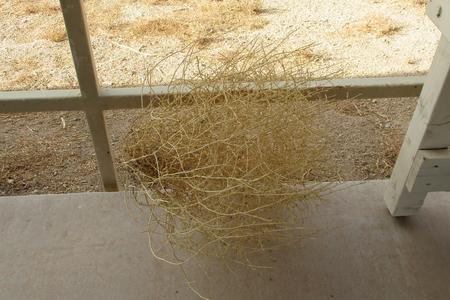 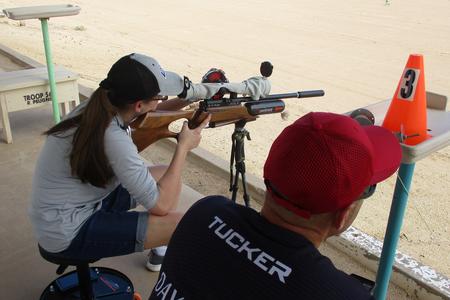 Valerie behind the scope - Good technique

Valerie behind the wheel - GOD help us! 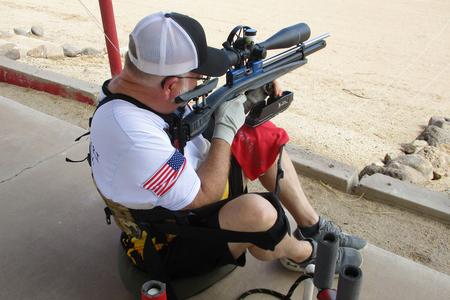 This is a tumbleweed.  It looks dead, but these will blow around in wind (which we had) and when it settles and gets a little moisture, will come alive and turn green and continue to grow.

Speaking of scores, here they are, along with equipment stats: 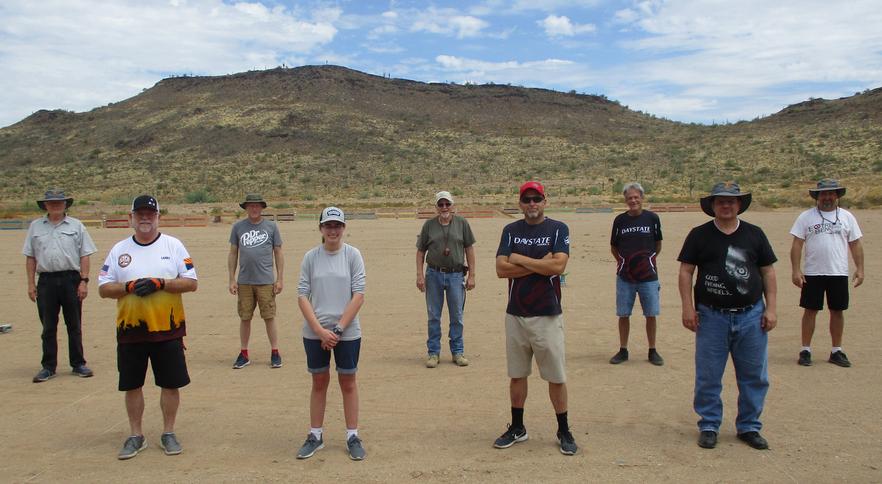 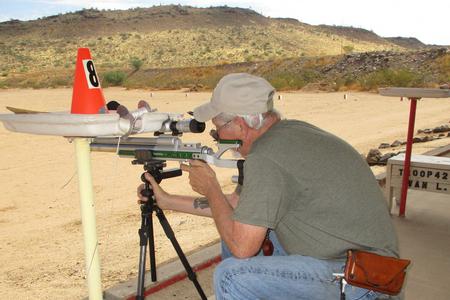 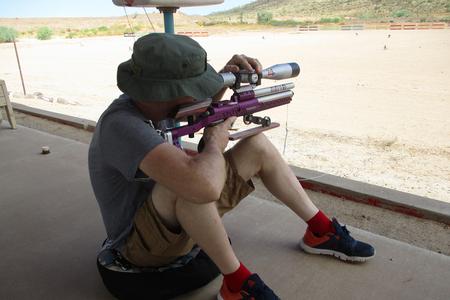 When we were attempting to lock in the Mormon Lake match, held last Saturday, we knew there was a good chance that if fire restrictions were upgraded to stage III, we would not be able to shoot at that venue.  We scheduled the rifle silhouette range at Ben Avery in Phoenix as a back up….Just in case.  Well, we got some rain and fire restrictions stayed at Stage II so we were able to shoot Mormon Lake.  Rather than go through the paperwork to cancel BASF, we decided to shoot a second monthly match in Phoenix.

We had 10 shooters that congregated to do just that.  We had a 20% chance of rain showers forecast (which could mean anything!) but only had a lot of cloud cover, broken up with patchy sunshine, glare, temps that started at 84 degrees upon arrival and warmed to 97 degrees and humidity.  One source was 67% and another was 26%.  No idea of what was actual, but it was muggy.

Fortunately, we decided to set up and shoot from under the shade cover where it protected us from the sun that was out and in the event the skies decided to open up.  That has happened before.  During the monsoon season the weather get finicky.  It is said that only two kinds of people predict the weather here; TV weather forecasters and visitors.  The rest of us know better.  I will leave it at that.Three of us showed up at 7:00 am.  Larry, Barry and yours truly picked up the needed supplies from the conex and had the course set up by 7:45 am.  10 lanes of 2 targets per, for a 40-shot match.

We had no idea who may show but ended up with Bill coming over from Lake Havasu City and Nathan coming down from Flagstaff.  Of the 20 targets set up, 8 of them were out beyond the 48-yard marker.  One thing that was in our favor was the wind.  It was light and variable.  Variable in that is swirled from all different directions but only 3 – 4 mph.  Even the mirage was quick-switching back and forth while we watched.  Neat to see it happening, but having us second-guessing where to hold.  It did have its effect on us in that there were no perfect scores. 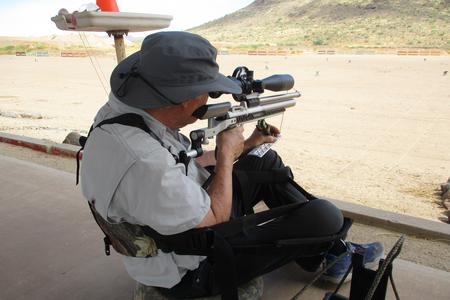