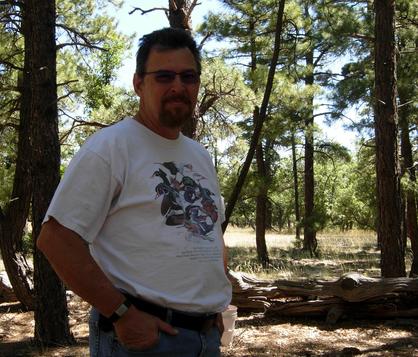 Picture a perfectly clear, brilliantly bright, sapphire colored sky with not a cloud in sight.  Picture a little bit of wind; here, then gone, then back again, but not too strong.  Picture shady areas back in amongst the trees where this month’s course was laid out.  Picture 88 degrees for the high country!  It got a little warm for this month’s match, but otherwise a delightful day for shooting (at) those pesky steel critters.

We were contacted by the forestry rangers the week prior to give us a heads-up about possible heavy smoke conditions in the area due to the Newman fire burning on the west side of Upper Lake Mary and about 5 miles northwest of our locale.  The prevailing winds kept the smoke moving in a northeasterly direction and did not affect us at all.  It was rather HEAVY when driving through that area heading to or from Flagstaff.  We even had one of the rangers stop by and check in on us…..and to make sure we had our use permit…..and to check out our cool toys that we play with, too!

There were 3 shooters competing in WFTF class.  Garrett shot 38/48 for 1st.  Lauren and Bill shot the entire course either standing or kneeling as practice for worlds next month.  Lauren shot one point behind Garrett for 2nd with 37/48 and Bill took 3rd with 26/48. 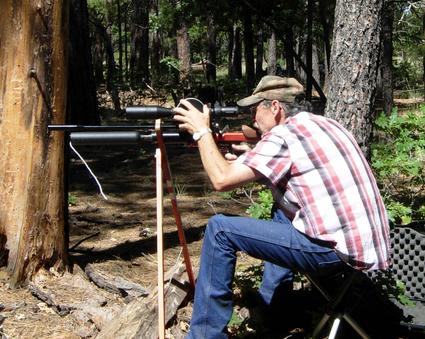 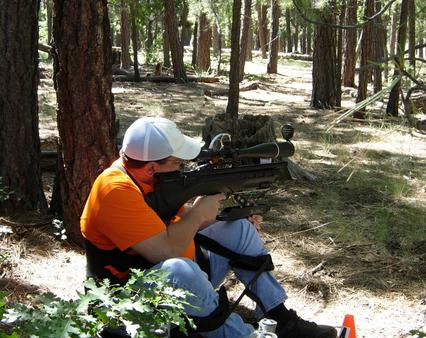 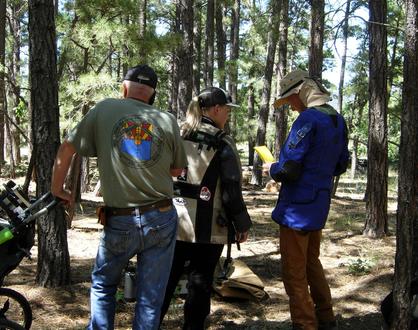 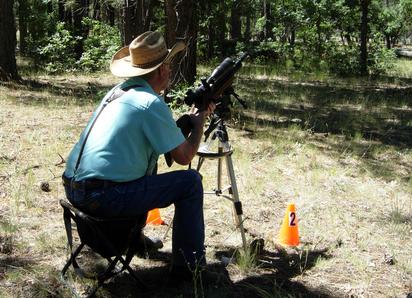 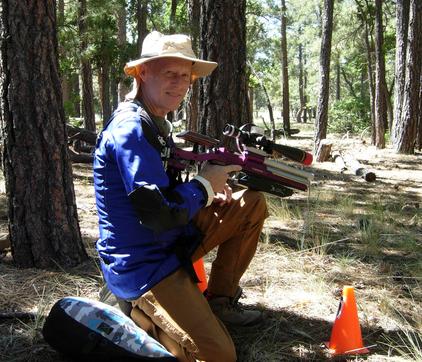 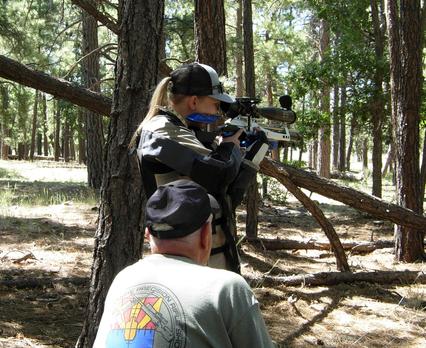 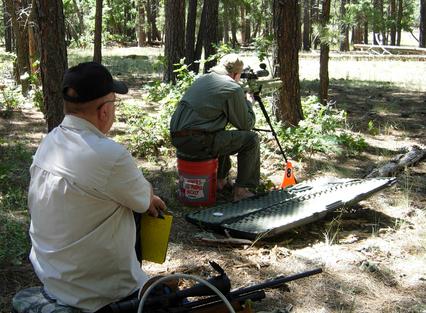 In addition to the field target match, Rex set up and ran the silhouette side shoot on Friday afternoon as he did last month and had 12 shooters give it a try.

Ben set up a short night time shoot using field targets and rechargeable lights as an experiment.  Several shooters gave that a try as well.

Thanks to Steve, Bobby, Sandy, Cole, Crystal, Kent, and Dan for setting up the course and sight-in range.  We really appreciate our dedicated members who go the extra mile to make things easy for the rest of us to enjoy.  They set 12 lanes, 2 targets per lane, 48 shot match.  No data was taken to determine Troyer rating.

Thanks also to Josie and Robin for taking care of the photographic duties.  That is a big load off of my shoulders that is appreciated as well.

Our next match will be Saturday, August 17.  Same place, same times. 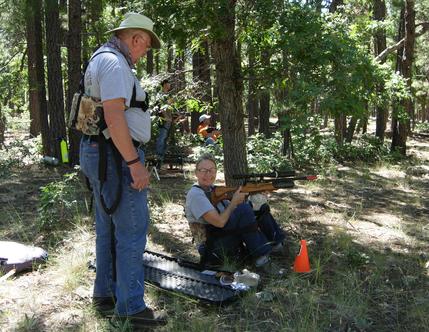 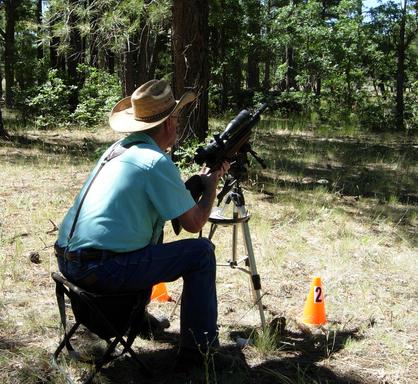 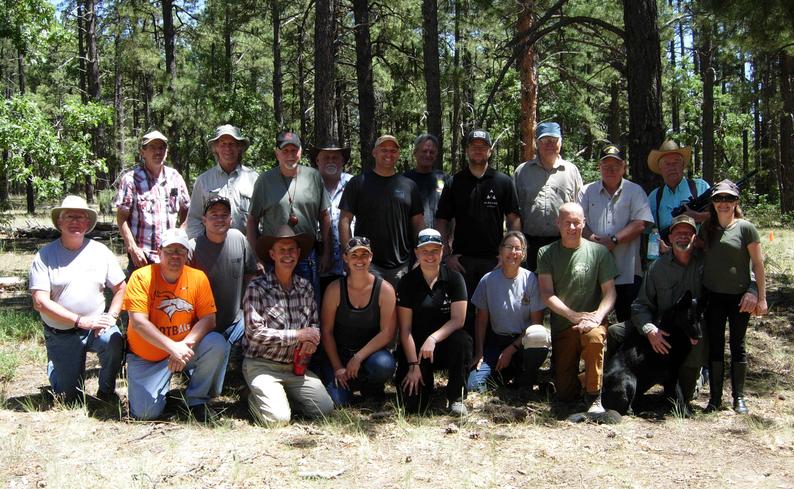 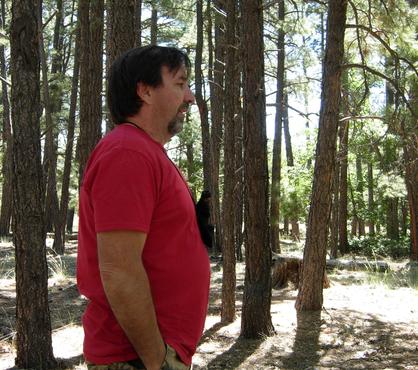 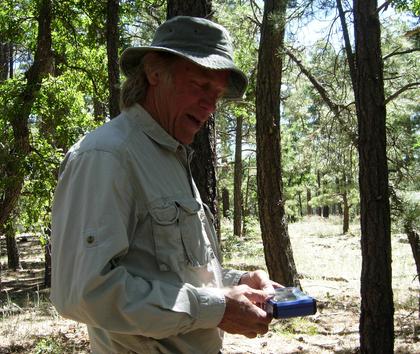 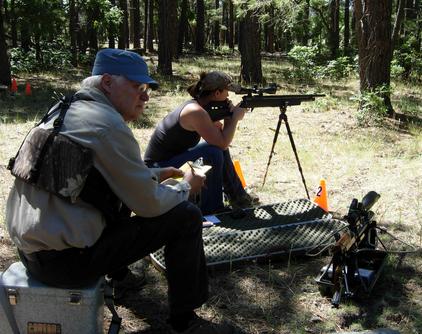 Quick comment on Steve (above).  I shot with him last month when he had a full beard and was wearing a hat.  I did not even recognize him this month!

Random pictures taken during the match 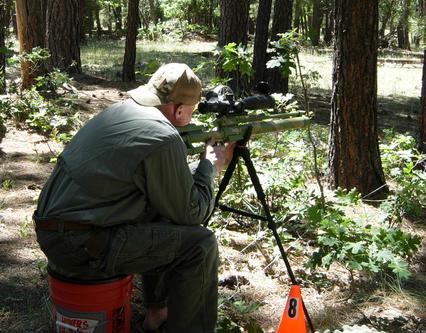 That's all for this month 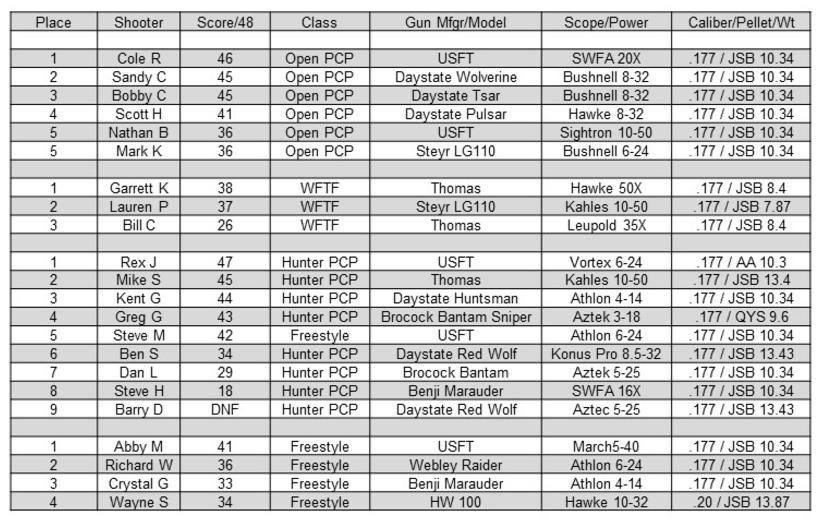 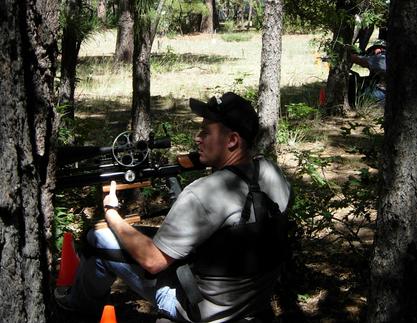 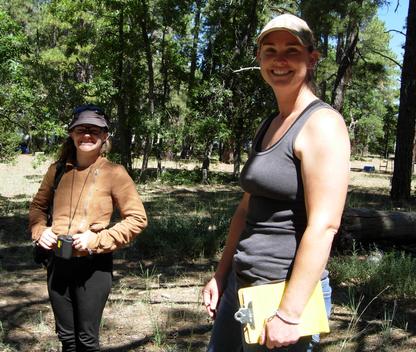 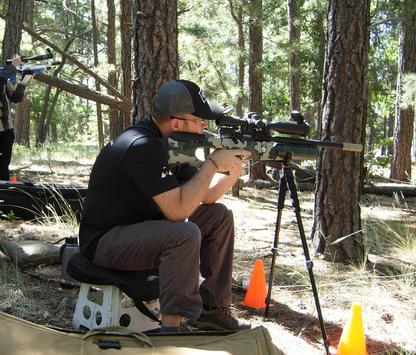